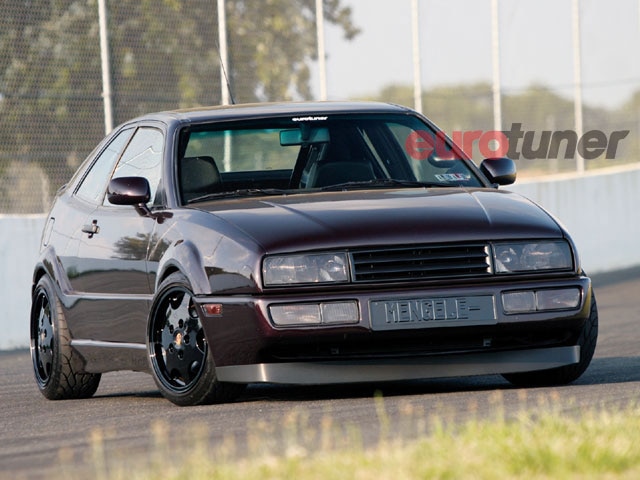 The Best Of Waterfest 20081992 VW Corrado SLCWhen Cory Schnupp set out to build his'92 Corrado SLC, he wanted to make it more powerful than pretty. After fitting a tire-screeching turbocharger to the built 2.9 liter VR6, his Corrado seemed to take on a dark, evil personality. It didn't want to make any friends, but murder them on the open road. With a relatively light curb weight of 2800 lb and 325whp, 356 lb-ft on tap, the Corrado meant business.

The name "Mengele" was ultimately given to the car. For those who need a quick history lesson, Mengele was the infamous WWII German doctor, nicknamed "The Angel of Death," who condemned prisoners to death and carried out gruesome experiments.

The Corrado gained the same name because while it maintains the smooth lines of Volkswagen's coupe, the unorthodox power it summons is terrifying. 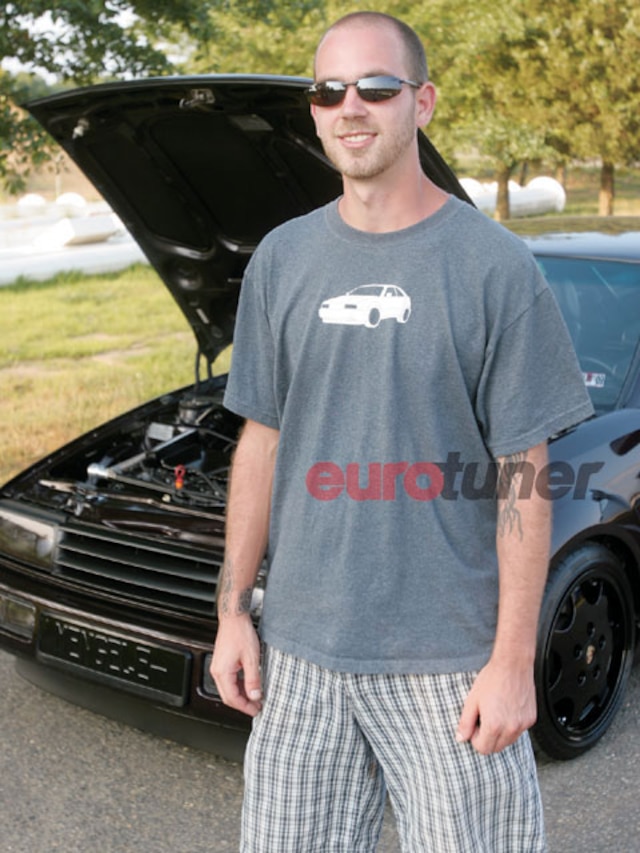 Now 27 years old, Cory has owned the Corrado almost ten years but continues to modify the car every chance he gets. So we sat down with Cory to unravel the chronicle of his build.

"Volkswagens have been in my blood since I was a kid," Cory told us. "My mom, dad and older brother drove VWs and I ultimately became infatuated with them." Cory got his foot in VW's door with a Scirocco 16v. "That car was where I learned my mechanical know-how. The car was real headache and needed a lot of maintenance."

The next car was a Mk2 Jetta GLI but he celebrated his 18th birthday with a well-kept Corrado. "I fell in love with the car before I bought it," he explained. "It was the sound of the VR6. I couldn't get away from it. There was also something about the burgundy pearl paint. It's rare and one of those colors that's different from anything else."

Another rarity was the missing sunroof. According to Cory, only 400 Corrados were sold in the US without a sunroof.

For the next two years, Cory drove the car daily and racked up over 20k miles. It wasn't until he poked his head under the hood when the project started spending more time in the garage that it earned the title, Angel of Death. 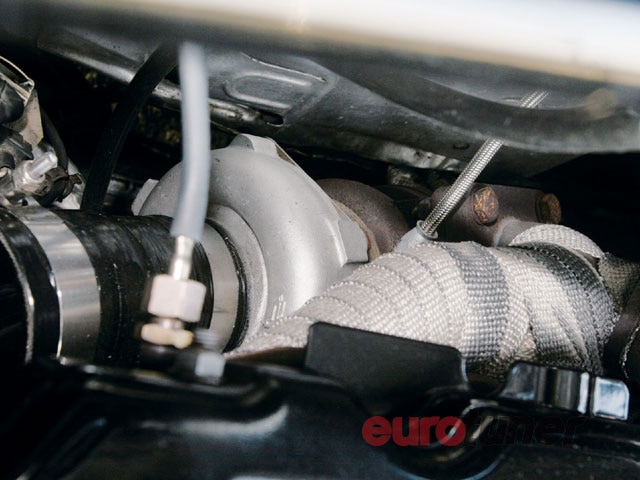 To regain its reliability, the engine was built by EIP Tuning using forged JE pistons to lower the compression. APTuning rebuilt the head with Autotech cams. From there, EIP fabricated a custom turbo kit with a Turbonetics T04e turbo and side-mount intercooler. A 2.5" downpipe was also designed to mate with a 3" straight-pipe exhaust.

"I was only making 275whp at 10psi with that setup," Cory confessed. "It was running EIP's old software which relies on vacuum pressure for fuel delivery, and I still had the stock injectors. So this past winter I switched to C2 Motorsport software and added 42 lb injectors with a Schimmel short runner intake manifold and high-flow fuel rail. Now I'm pushing closer to 15psi on a regular basis."

Cory also replaced the pipework for better efficiency and built the stock 02A transmission when third gear sheared one night. 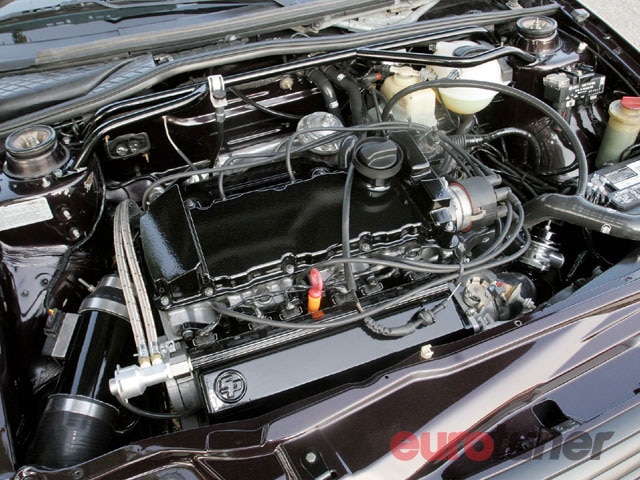 The tranny has new gears and a Peloquin limited-slip diff to improve traction. "Changing from a stock diff to an LSD is a world of difference. It balances the power to the tires and really helps grip."

The engine bay was darkened to follow Cory's evil scheme, with the factory manifold and plumbing powdercoated black.

"I didn't have a set direction," Cory explained. "I built the motor, turbocharged it and worked on the tranny. With all the mechanics and drivetrain done, beauty came naturally to the Corrado."

The entire body was resprayed in '02 after Cory deleted the badges and side moldings. He also added a Eurofront spoiler, side skirts and a Seidl rear bumper to give the Corrado a more aggressive demeanor.

For wheels, Cory ditched the previous 17" Momos for 16x8" Porsche Design 90 rims. After painting them gloss black, Cory used H&R adapters to mount them to the hubs. For emergencies, a full-size spare sits in the trunk.As far as the interior goes, Cory changed everything to black. "When we did the rollcage, I removed everything. If you're going to do a cage, you might as well weld it in place," he asserted.

Once the eight-point cage was done, Cory ditched the stock grey cloth and swapped in black leather from a salvaged Corrado G60. Momo accessories, Corbeau harnesses and VDO gauges complete the list of upgrades.

Cory's Corrado is far from done. In fact, he told us it's never going to be complete but he's planning a Mk2 project in the future. In the meantime, he'll continue to condemn other cars on the road to the whim of his VR6 turbo.

He concluded our conversation with these words, "No matter how much money and time I put into the Corrado, I always feel like I'm getting something out of it. This car is the perfect way for me to release some adrenaline by going for an absolute hell ride."