With A 500whp Supercharged M3 Sitting Outside, Jayare Marquez Ensures He Gets A Daily Dose Of Vitamin C. 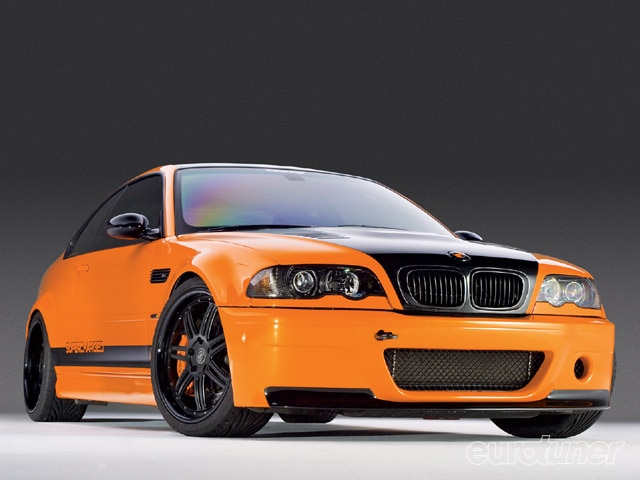 2005 BMW M3
The desire to be different can lead to all manner of crimes against good taste. Many of the worst body kits, for example, have been the result of the single-minded pursuit of individuality. However, there have also been some triumphs of imagination. Examples of where owners have shown single-minded determination and come up trumps.

For the owner of this '05 E46 M3, much of his driving force has been to create something different; not easy when the car is so well known and so regularly modified.

"I change the wheels every six months," said Jayare Marquez. The 29 year-old financial advisor from Garden Grove in Orange County (of course!) in Southern California. "My original idea was to paint the car in BMW Motorsport colors like the racing M3s, but then I saw a 335i with the same stripes at Bimmerfest so I knew I couldn't do that. But nobody has orange, right?" 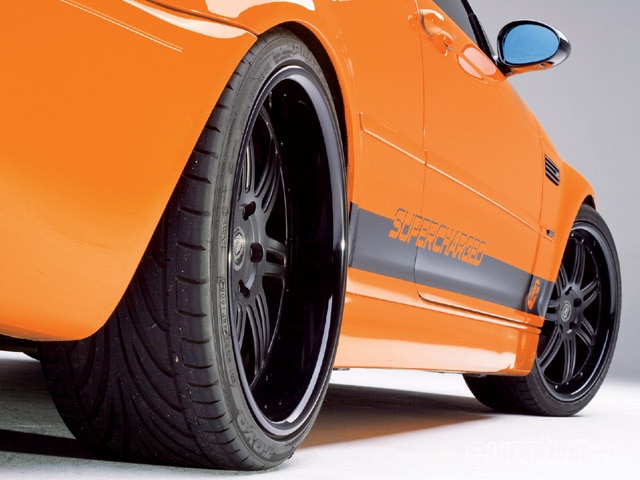 Two of Jayare's closest allies in the quest to build a unique M3 were Nathan Simmons and Rett Comer at C&C Collision. They'd been trying to talk him out of the Motorsport theme because they didn't like the idea of the pearl white base color. "Go big and go bright," was Nathan's advice to the owner after he felt the car would be too conservative.

"I did him a sample of the orange paint and he loved it," said Nathan, who managed to steer Jayare toward Tangelo pearl from House of Kolor.

Finding the right paint was only half the battle. Jayare already had silver carbon fiber parts from Vorsteiner and wanted the C&C crew to tint these parts to match the paint. However, it proved too difficult, so the owner bought a new black carbon hood, front bumper and front spoiler with the one-piece lip as well as the mirrors and rear diffuser. 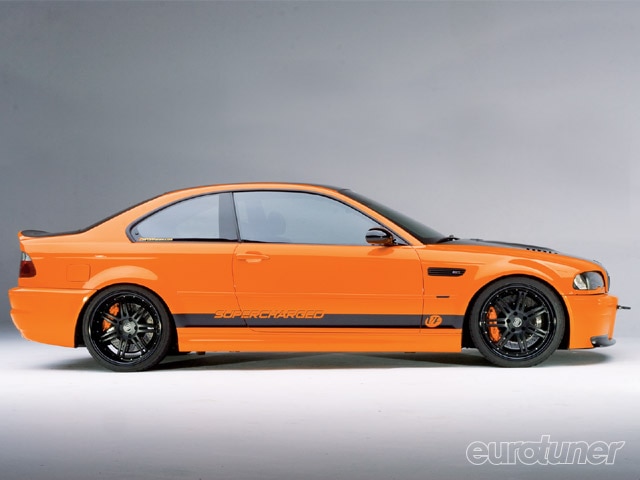 They were able to salvage the previous CSL-style trunk lid, since it was originally black carbon but had been painted to match the rest of the car, so they stripped off the original white paint and re-used it.

With an orange 'n black theme emerging, they initially decided to paint the roof black until a carbon roof panel was found. This eliminated the sunroof but required extensive surgery to remove the steel roof and swap it.

When you first encounter Jayare's M3, everything looks black and orange. But as you approach it, you can see the carbon weave through a thin coat of black paint. "It's one of my favorite things about the car," he said. "I like to see when people get closer because they're surprised to find the carbon. The car has more detail than you first realize." 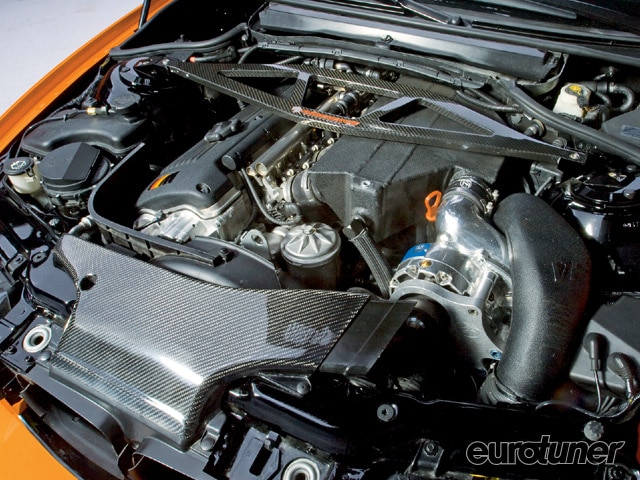 It took the C&C crew only about two weeks to fit the parts and paint the car, but it had taken an additional six weeks for the parts to arrive. In that time, they were able to roll the fenders to clear the 19" wheels from DP Engineering. These were special-ordered because they had to clear the 15" Brembo GT front brake kit. And the body shop had taken the opportunity to paint the brake calipers the same shade of Tangelo for extra pizzazz.

In addition to all the carbon fiber body panels, Jayare also added carbon headlight housings, hood vents, side gills and kidney grilles. And as before, each carbon part was treated to a coat of gloss black, as were the tail lights and the indicators.

With the KW Variant 3 coilovers installed, the M3 could finally settle onto its 19x9" front and 10" rear DPE S-7 wheels - with their black finish and chrome bolts. Thanks to the rolled fenders, the car was able to sit incredibly low without any rubbing, and the Brembos squeezed in behind to complete the chassis mods.VF-Engineering had previously fitted its stage 2 supercharger conversion, but the popularity of the kit encouraged Jayare to seek something new. He was fortunate to discover a stage 2.5 upgrade was available, making it somewhat more unique again.

The overhaul included more boost from a bigger supercharger. This necessitated a new head gasket to lower the compression, while new software made everything work. These parts were in addition to the VF water/air intercooler, bigger injectors, intake manifold and cat-back exhaust previously fitted.

This incarnation is reputed to deliver the aforementioned 500hp to the wheels on 91-octane and while Jayare's grin indicates he clearly enjoys the power, it's apparently not enough.

Photo 7/9   |   This M3 used to be white with a red leather interior, so an interior swap changed it to a black leather and cloth

"Fast is better," he remarked. "You get bored with what you have and always want more," he told us, before announcing a 600whp stage three conversion was in the pipeline.

Inevitably, the engine has its share of dress-up parts, from the carbon Radenergie strut brace, to the engine cover with its Motorsport stripes repainted in classic German colors.

The only place we failed to find a trace of carbon was the interior. Up to now, the major work had gone into replacing the original red leather interior with black cloth seats and door panels to avoid a nauseating clash of colors.

Oh, and then there's the stereo system... A Pioneer AVIC-N2 head unit sends signals to a pair of Xtant amplifiers in the rear. One powers the two 12" Eclipse subs in the trunk, while the second runs the Rockford Fosgate components inside the car, as well as the two MBQuart speakers either side of the TV screen in the trunk lid.

In addition to more power from the stage 3 VF conversion, Jayare plans to reduce weight by rebuilding the stereo with a single sub and amp. This should make the M3 sprightlier, as if it's not fast enough already!

Extremely happy with how its turned out, we expect Jayare to continue tinkering with his BMW for the foreseeable future. New wheels are already under consideration, with Radenergie being suggested as the likely supplier. And who knows, maybe orange will become too common and a whole new look will be needed!