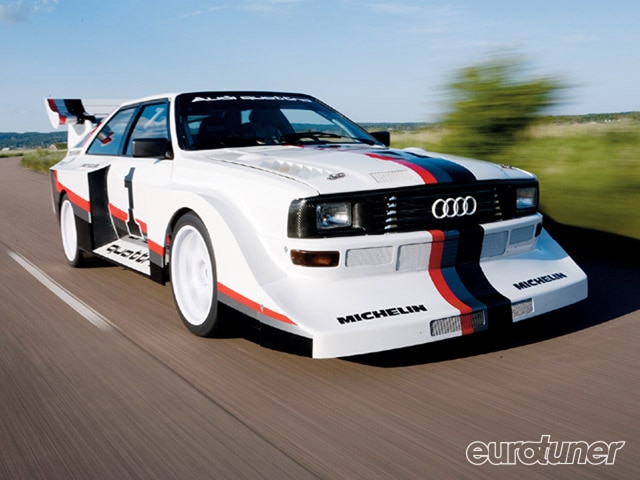 When asked to feature an Audi built in Sweden, we were a little taken back. As far as we knew, Sweden was only known for pickled herrings and tall women. This is the same country that cursed the civilized world with the group ABBA! But fear not, a 25 year-old do-it-yourselfer named Ola Johansson is the redemption all Scandinavians will be proud of.

Rust in peace
Ola was destined for greatness from the beginning, being the son of an automotive service and bodyshop owner who was an avid rally driver. Many would describe his upbringing in the auto performance world's fairy tale. 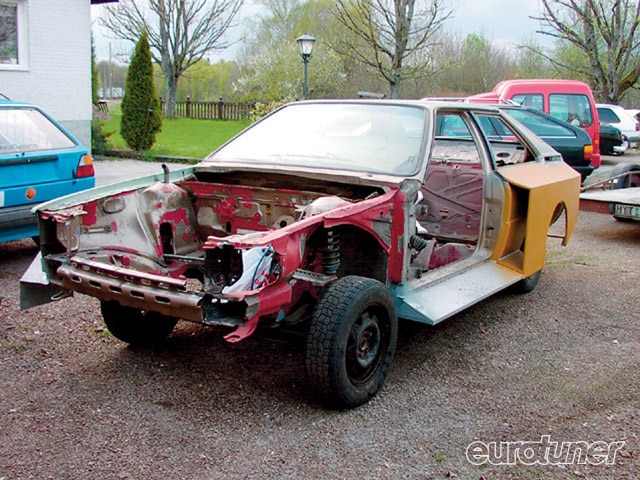 Photo 2/21   |   With the rust removed, work started on the sheetmetal rear fenders that are supported by custom framework

With the legal driving age at 18 in Sweden, we're sure most enjoy the thrill of their first drive on a frozen, open road. Yet Ola's would be at Anderstorp Raceway.

Most people who develop a work of genius have been through a few cars, made many mistakes, before finally crafting their masterpiece. So it was another surprise to discover Ola's '82 Audi Coupe is his first car and first project.

When he bought the rusted, broken car for just 150 euro his lofty goal was to replicate the 1987 Pikes Peak Audi S1 quattro. But with only photos for reference, it wouldn't be easy. And then there was the amount of body damage: "When I took the car apart, I found rust and more rust. It took me six months just to eradicate the rust. The doors, fenders, sills and floorpan were totally rotten."

After making repairs, Ola started replicating the S1's lines to the best of his ability. Despite no experience working in fiberglass, he shaped the front spoiler using plastic pipes and chicken wire, a top-coat of plastic film and a massaged '94 Audi Coupe bumper were added to complete the fabrication. 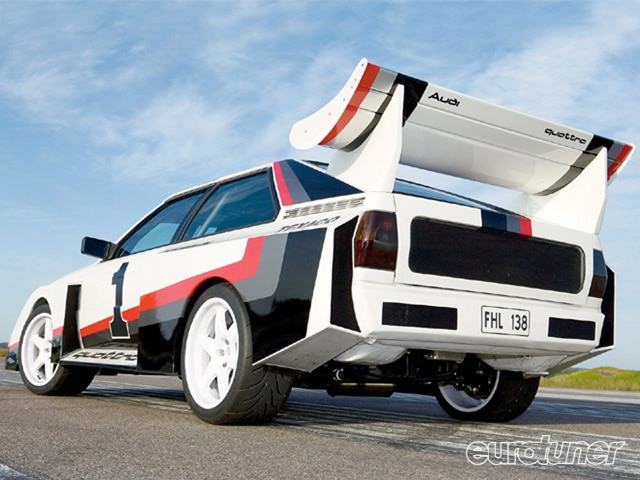 The grille was first shaped from foam and then produced in carbon. The rear of a '82 Coupe hood and the front of a '02 A4 were grafted together to create the new hood. Once the fat fenders were complete, the only element Ola didn't personally tackle was the paintwork.

As the car started to take shape it was evident that the stock engine and FWD running gear couldn't remain intact. So instead, it received a 4WD transplant from an '83 Audi 80 quattro. However, this was far from straightforward and required grafting the 80's floorpan into his Coupe.

When Ola bought the car it had a blown motor, so a swap was always on the cards. Initially, he fitted a 185hp motor from a '85 Audi 200. But once the new drivetrain was installed, he knew more power was in order. So as part of a school project, he rebuilt another five-cylinder 10v turbo from an Audi 200, finding 200hp in the process. It was then bolted to the 80 quattro tranny and fun ensued.

The original brown cloth interior was replaced by a black Audi Coupe GT interior found in a junk yard. And at this point, in 2004, Ola was well on his way to finishing the car, even though much more work was on the horizon.

Show or not
Despite being partially complete, our young Swede was invited to show his car at the prestigious Vallkra Show. After a phone call from the organizer, Ola reluctantly agreed to attend. Without even washing the car he showed up and fate stepped in. 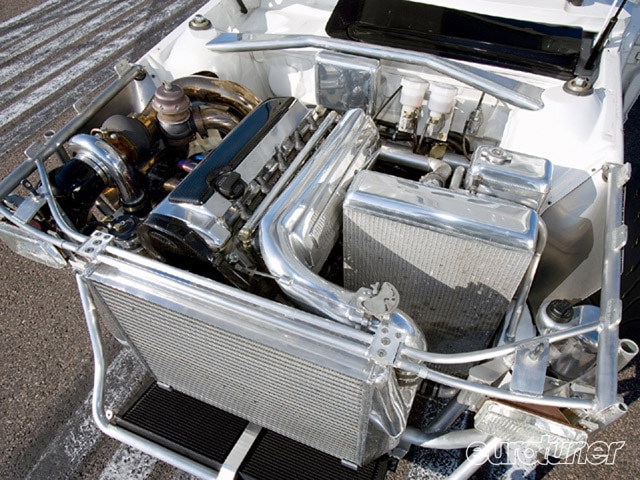 At the show he met Marco Garver from the legendary Swedish supercar manufacturer, Koenigsegg. He was sufficiently impressed by what he saw and offered Ola a job on the spot.

After starting work at Koenigsegg, his fellow employees seemed unimpressed by the relatively low output of his Audi. So after learning some tricks of the trade, he set his sights on more power.

The new motor he found was no less than the Porsche-developed 315hp five-cylinder 20v motor from the limited edition Audi RS2 wagon (et 6/06). Admittedly, it was short of the 600hp boasted by the original record-breaking SI rally car but an excessively large Precision PT67 turbo corrected that, giving 705hp and 494 lb-ft of torque.

Having built the car from the ground up, it only made sense to continue his work and fabricate all exhaust, intercooler and inlet piping. "It took a further three years before the engine was running because I made everything around the new engine myself, rather than buying the parts needed. The induction system alone took three months of my spare time."

After an exhaustive three-year build and only a 2km test drive, Marco Garver mapped the engine on his laptop while Ola drove 500km to Gatebil Open Track Show at Rudskogen Raceway in Norway. Following a full day spanking the freshly completed car at the track, they drove 500km back home with no problems at all!

When asked how the car performs on the track, Ola eluded too the fact that while it turns in well, it can get squirrelly in a hurry as the quattro turns into a monster when the road opens up in front of him. "The turbo doesn't kick in until about 5500rpm, and then you get several hundred horsepower in one dose. So it's really quick on the straights. But the rest can be something of a lottery. So it doesn't matter if the chassis is first rate or the tires are great, too much power can be hard to handle!"

With such massive power, you might not be surprised the handling is problematic. However, Ola did his best to harness it with 355mm brake rotors and six-piston AP Racing calipers. The modified suspension struts with Sellholm shocks and custom strut mounts were moved 40mm outwards front and rear to give the car the aggressive bulldog stance, widen the track and help the quattro pull though the corners.

Inside Line
To finish the car, the interior was finally overhauled. Moving from 1980s to a 2009 motif, the dash and door panels were molded from carbon fiber, supported by aluminum and covered in alcantara. The dash then received an array of VDO gauges tastefully distributed across its expanse.

For seating, Ola chose to install a quartet of Sparco Pro 2000 racing chairs between the aluminum six-point rollcage to give the necessary safety it so desperately needed.

From our photos, one would think this masterpiece was finished. However, when asked about plans for the car, Ola explained he's currently engaged in modifying the transmission to lower the gearing, and hopes to convert the 20v engine to run E-85 once it has a new turbocharger in search of better throttle response.

With such humble beginnings, it's rare to see such radical transformations executed with such craftsmanship and, dare we say it, restraint! The temptation to paint it pink and cover it in stickers must have been overwhelming, yet Ola's created something very special that can finally be accepted by his colleagues at Koenigsegg.