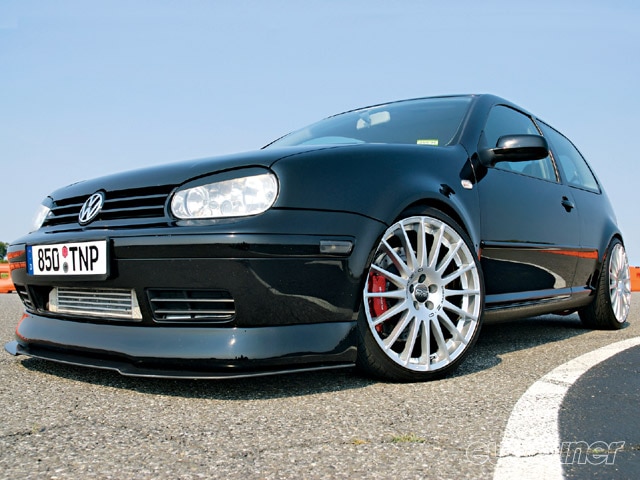 2001 VW GTI VR6
The Mk4 chassis is arguably the most versatile of all VW's water-cooled offerings. From trailer queen with five-figure mods, to 10sec dragracer, to weekend autocrosser, to fuel-sipping bio-diesel TDI, the venerable Mk4 can do it all. These cars have been around since 1999 (in North America) and their affordable nature means they can even fulfill the role of hood ride/beater/show car/racer.

It can (and has been) said that when they designed the Mk4, VW lost the essence of a GTI by increasing the luxury at the expense of light and nimble performance. Yet we enthusiasts can be grateful for what they did include - potential, lots and lots of potential. 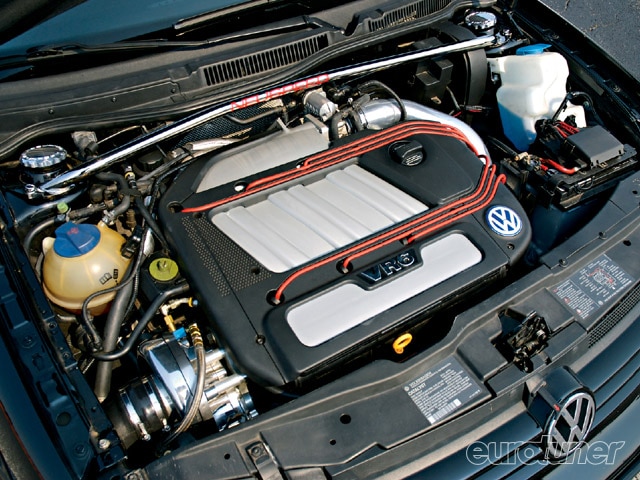 With four engine options wrapped in a modern, CAD-engineered, stiff chassis, an owner with a plan and a bit of disposable income, can turn the Mk4 into pretty much whatever he wants it to be.

When Vinny Errico from Newington, CT set out to build his own Mk4 GTI project, he had all the above to consider. A former Civic owner, Vinny was tired of driving the same car as all his friends. He liked the sound of the VR6 and when he came across this very reasonably-priced example in 2006, he scooped it up. Like most owners, Vinny enjoyed the '01 GTI even in stock form, but knew the immense scope of the VW aftermarket meant he had the ability to change or enhance anything he felt needed attention. "I never set out to make huge changes to the car," Vinny stated. "My goal was to make the car more fun to drive and, at the same time, give it my own style." And with that declaration, he set out to basically forego any specific build theme and chose to simply build a better Mk4 GTI.

One of the first things that needed attention was the stock suspension. With a parts house like North American Motorsports and an install facility like Tony's Imported Auto just around the corner, Vinny looked to each for assistance and the result is a suspension system incorporating Koni coilovers and Neuspeed sways. The shell was then reinforced with a Neuspeed upper strut bar and a Yarrowsport upper tie bar, front and rear respectively. 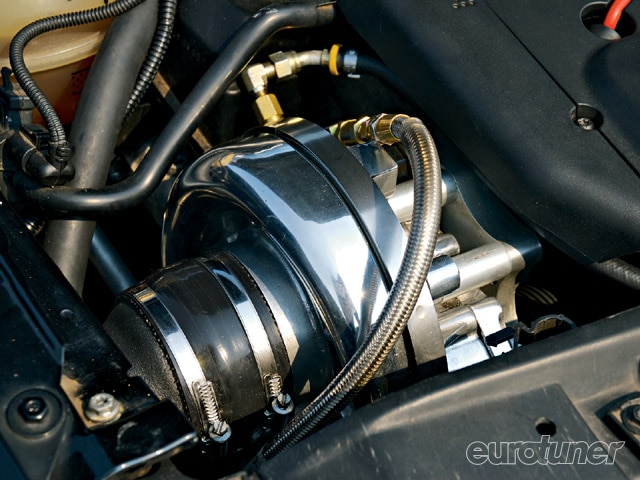 Putting the newfound cornering potential to good use is a set of 19" OZ Superturismo wheels wrapped with 225/35-19 Toyo Proxes tires. "I searched around a long time for wheels I liked and the OZs were the only ones that really did it for me," Vinny told us. He went on to suggest that, "if there is any kind of theme for the car it would be motorsport, but that's because of my choice of wheels; I pretty much chose the other mods to complement them."

Stopping is arguably more important than starting, so ECS front and rear brake systems reside behind the OZ wheels. Consisting of Porsche four-piston mono-block calipers and 13.1" rotors, the stage 2 front set-up provides amazing power, while the stage 1 rear kit and its 12.1" rotors balances that power nicely. 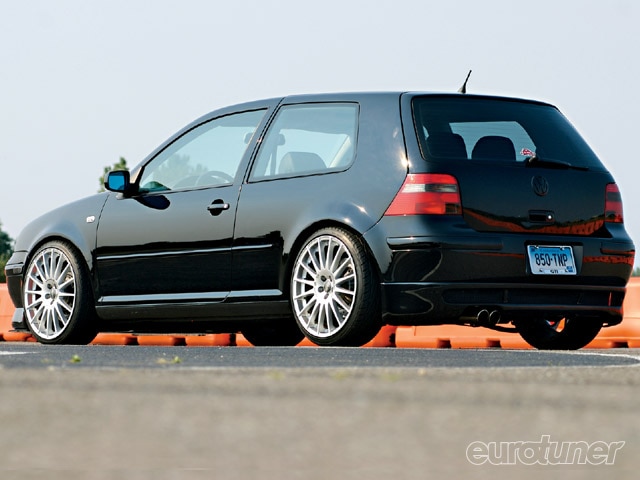 As stated at the beginning, while the Mk4 GTI wasn't exactly hardcore in OE form, it does possess a great deal of potential. With the handling and braking potential realized, next on Vinny's list was more power. With three main options to choose from (turboed, normally-aspirated and supercharged), Vinny opted for a VF-Engineering s/c kit. "I really liked the idea of VF's all-in-one bolt-on kit, and I can't say I've been disappointed," Vinny said. "It's been flawless, and the power and drivability is amazing."

With around 300hp under his right toe, we'd hope the power is amazing! That's because our guy didn't mess around with some sissy stage one supercharger conversion, he went straight for stage 3 with its high boost pulley, bigger fuel injectors and front-mount intercooler. That's enough to turn any GTI into a snarling animal.

With a blower under the hood, Vinny had made his major statement, so the exterior mods didn't have to shout too loud. Therefore, he again approached NA Motorsports for some quality Rieger parts, such as the front spoiler and rear valance. These add a subtle muscularity without attracting needless attention.

Unfortunately, the front spoiler and its accompanying splitter no longer remain. "I'm tired of hitting everything with that Rieger lip," Vinny said, "and since Connecticut roads are so crappy, it's only a matter of time until I kill it for good." Sure enough, and just like he predicted, that time did come. And it happened on the way home from our photo-shoot. "I hit some sort of pothole and the entire car got airborne. It then came crashing down on the oil pan and subframe. Though it was the least of my concerns at the time, the front lip was a goner."

Despite the setback, Vinny's chosen direction is an excellent representation of a typical project - refining the car's attributes while being careful not to destroy everyday usability is the guiding theme here. Simply put, our subject put his effort into making the car more enjoyable, according to his own standards. It's not a revolutionary concept, but it's one that been lost on more than a few of us out there... And while his mod list isn't all that extensive, it is comprehensive, and the effect, to paraphrase a clich, goes well beyond just the sum of his chosen parts.

We asked Vinny if there was anything he'd do differently if he did it again and, while very happy with the results, he told us, "the only real struggle was because I didn't have a true plan before buying parts and installing them. It bugs me to think how much I spent on parts I ended up switching for something else."

So what plans does he have for the future? "I think I'm pretty much done with the GTI for now, since there really isn't anything else I want to change."

And there you have it - a well-balanced project that addresses the GTI's weaknesses and builds them into real strengths. It's a clich to suggest this is the type of car VW should have built itself, but in a way, it's what they did with the R32. So Vinny seems to be on to something here...

Thanks: Nick and Justin at North American Motorsports, Victor, Josh and Mike at Tony's Imported Auto, Nuno, Louie and James 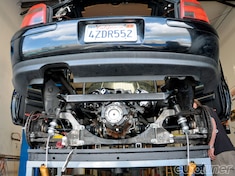 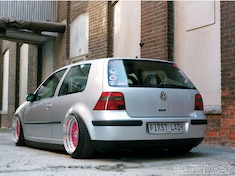 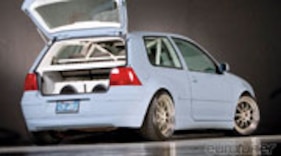 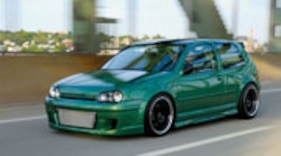 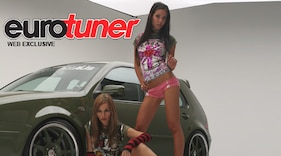 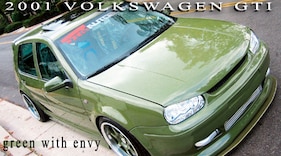