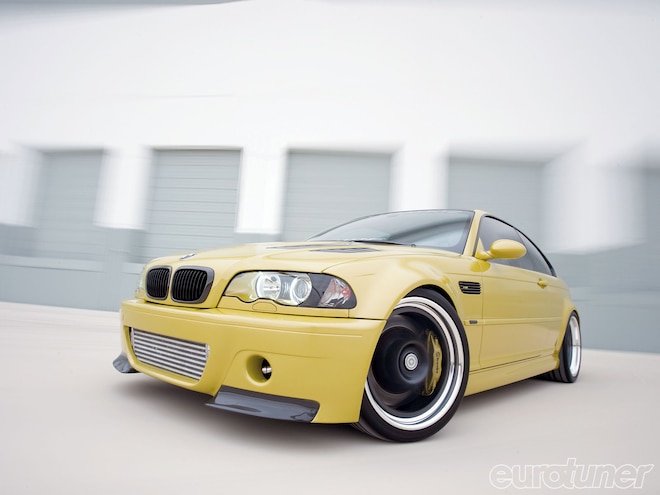 Ever wanted to know how fast a turbocharged BMW M3 from HorsepowerFreaks is? We asked Tommy Reyes, proud owner of this '03 M3 SMG, and he remembered a ride-along he gave to his best friend last winter. 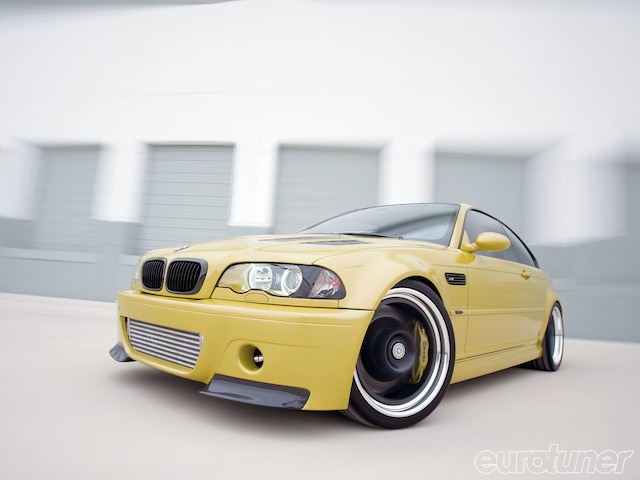 "Honestly, this car is too fast," he began. "One of my best friends refuses to get in the car with me anymore. One day, I took him for a ride and scared the shit out of him. It's not that he didn't trust me as a driver, but didn't trust the car. He just had a daughter and wanted to see her that night!"

With full boost on tap from 3700rpm, these cars accelerate so quickly into triple-digits that if you're not prepared for it, your life will flash before your eyes. Tommy's example is a stage two turbo and creates a mind-blowing 622whp!

Like almost every HPF M3 owner, this is the fastest car Tommy has ever owned or driven. At 37, he's had an assortment of quick sports cars including a Nissan 300ZX, Dodge Viper and Toyota Supra. But he never modified them to the extent of his Bimmer. "I always loved the E46 M3," he told us. "It has a timeless look and the body will never grow old for me. Not to mention there are tons of modifications offered for this chassis."

So after buying the Phoenix yellow M3 in '06, the Chicago-native spent the next two and a half years upgrading the coupe. "I always wanted to do more than just change the wheels and do an exhaust, so I figured this was the right car to go nuts with! Performance and styling was my focus for sure. I was never into audio because it only weighs the car down and makes me slower," he explained.

Like a veteran enthusiast, he started with the fundamentals - wheels, tires, brakes and suspension. For wheels, it was a clear-cut decision. He knew HRE possessed the high-performance theme he was striving for, so the forged Competition Series was selected for its lower mass and rotational inertia. A custom set of staggered C21s were ordered in 19x8.5" front, 19x10" rear and mounted with Bridgestone Pole Position tires.

Behind the spokes rested front and rear big-brakes from Brembo. These beefy stoppers would aid Tommy once he went to forced induction. The fronts utilized 380mm drilled rotors, while the rears had 335mm. The four-piston calipers were also color-matched for good measure.

Tommy chose his suspension based on reviews from other M3 owners. "I talked to many guys and KW Variant 2 coilovers seemed the most comfortable for daily driving," he mentioned. "The V3s weren't available at the time either." Making the rear suspension more stable were Rogue Engineering shock mounts and trailing arm bushings.

The exterior upgrades were also chosen from other owner's experiences. "Fitment was very important and I heard Vorsteiner was a good choice. They were definitely the most reliable," Tommy explained.

The CSL-style front bumper and trunk, plus race hood were painted and installed by A&L Auto Body in Palatine, IL. Tommy left the carbon exposed on the front splitters and hood vents to compliment the gunmetal wheels. More carbon was added to the mix, including a rear diffuser from C/A Automotive, as well as kidney grilles, washer grille, side gills and roundels.

It finally got to the point where the aesthetics were nailed down, but the performance wasn't there. "I wanted more power and was deciding between a turbo or supercharger. HPF was the most responsive company, so I showed them I was willing to go above and beyond. I even promoted them with 'HPF coming soon' graphics on my car at a show in Minneapolis," Tommy remembered.

Days later, a truck was sent to Tommy's home in Chicago and the car was transported to HPF's headquarters in Portland, OR.

With the hardware fitted, HPF's engineers installed its engine management system with an AEM manifold pressure sensor to eliminate the MAF, improving air flow. The electronics also provided more control of the cams based on RPM and boost. What's more, the timing and fuel control were optimized for different road conditions, taking environment, altitude, gear selection and more into account. The EMS also factored in the 750cc injectors, which were engineered to provide up to 100psi of fuel pressure. For safety, a siren in the cabin can warn Tommy in case of engine knock.

With stage one complete, an estimated 518whp was available from the boosted inline-six, but why not go for broke? "Going to stage two was for the methanol injection," Tommy explained. "It was quite expensive but with the extra power and not having to run race gas, it easily steered me to stage two."

The components for methanol injection were mounted behind the front bumper and wrapped around the foglights. The components simply connected to the EMS.

When the methanol is engaged, a fogger system creates a dense fog of meth. This is vaporized, allowing a cooler intake charge to give Tommy's stage two a 100+whp bump.

HPF designed the system to be automatic. The software simply adjusts itself when methanol is detected, giving the motor more boost and power.

The stock SMG tranny required a couple of supplements to handle more than double the stock horsepower, including a pressure plate and ceramic clutch disc.

After a month of HPF's installation and testing, Tommy's M3 put down 622whp on the dyno with methanol activated using a mixture of race fuel. "HPF was the missing piece of the puzzle," Tommy smiled. "I pretty much did everything possible to the car."

To add the exclamation mark, he installed a few pieces to the interior such as a Kirk Racing roll-bar. To save weight, he removed the front and rear seats, mounting lighter Recaro Pole Position seats and fitting black diamond-plate in the back.

At the end of the day, Tommy has it all - power, handling, looks and respect. From 3700 to 8000rpm, there's almost nothing that can keep up with him on the road. "The look on people's faces is priceless," he concluded. "Especially after beating some of the exotic cars out there!"

New Owner
Tommy parted ways with the car for personal reasons last February. It was sold to Mike Epelev, who's added a subtle stereo in the trunk using McIntosh components. We ran into Mike at Bimmerfest, where he transported it from Chicago for the show. He continues to display the M3 with Europrojektz, so don't be surprised if this boosted M3 comes to your neighbourhood. 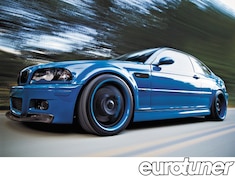 Marcus Olson figured he couldn’t do any better than the stock exterior of the E46 M3, so he invested everything he had into the suspension and engine. We asked Marcus what it's like to drive his 800hp 2003 BMW M3. Keep reading to see what he said and to check out his "death machine". - Eurotuner Magazine 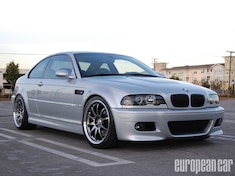 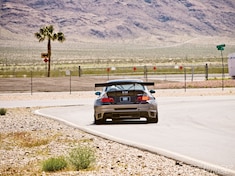 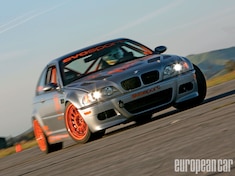 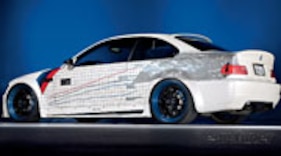