This unassuming Saab walks quietly but carries a 400whp stick. 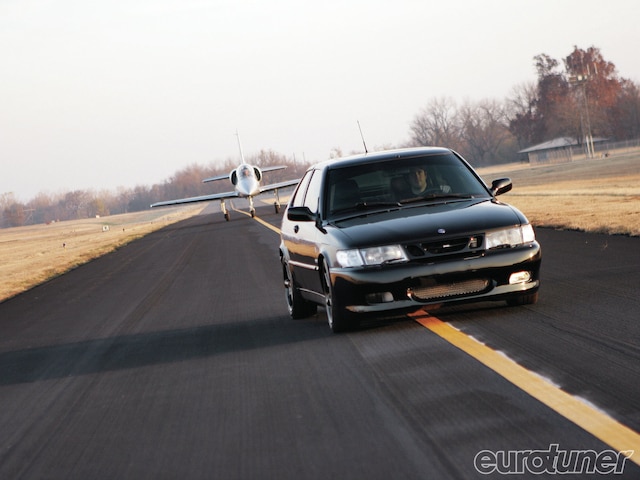 Although many enthusiasts may dismiss Saab as quirky or undeserving of serious respect, take one ride in John Aldridge’s ’00 Viggen and its fighter jet roots become immediately apparent.

A decade before Saab began producing cars in the ’40s, they made airplanes — a business they still practice today. Through the years, Saab has produced many cutting-edge examples, with the single-seat 37 Viggen attack fighter as possibly the most impressive creation. The Viggen (meaning Thunderbolt in English) quickly earned a sinister reputation and the “take no prisoners” rep inspired the company to badge its fastest production car with the same moniker — a factory fastback that still holds the title of the baddest Saab to roam the earth.

Sadly, only 4600 9-3 Viggens were produced during its five-year tenure (1998-03) before the 900-based chassis was replaced by the current 9-3 platform. But during its time in the limelight, the Viggen was a healthy alternative to sporting FWD cars. It came with a 2.3L turbo four-cylinder, for example, making 225hp (230hp in later years) and a stout 258 lb-ft.

Although the Viggen was capable, it’s unequal length driveshafts meant all that thrust turned into vicious torque steer, a personality characteristic that left its reputation tarnished with all but the most passionate Saab devotees. This is where Aldridge enters the frame.

“I wanted a car that was different and unassuming, but equally unique and a little quirky: a bit like myself,” Aldridge said. “When I started looking into the Saab engineering I had to have one, especially a Viggen,” he added.

Speaking of engineering; even before the Viggen, the 9-3 featured direct injection called Trionic that controls ignition, fuel and boost while monitoring knock through ion current. Impressive indeed, and might explain why Aldridge was able to make 404hp and 441 lb-ft at the wheels on 91-octane.

“These cars respond well to mods, and you can easily make unbelievable power,” Aldridge said. “Some people are making over 700whp on mostly stock internals,” he added.

Although Aldridge’s isn’t there yet, his capable combo comprises a Garrett GT30-71R turbo hung from a Taliaferro high-mount manifold breathing through a matching 3" turbo-back exhaust with V-band clamps for an ultra-tidy install.

As for fueling and cooling, 630cc injectors are controlled by a Nordic/Taliaferro custom tune, while a Forge diverter valve and front-mount intercooler handle the charged air. 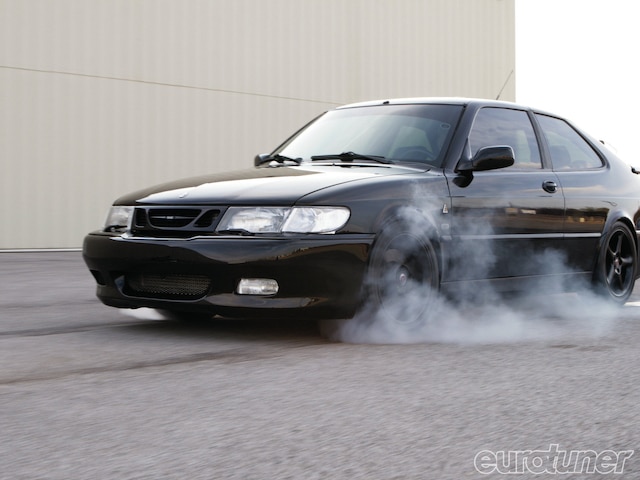 For durability, the motor was torn open for a set of 90.5mm forged JE pistons on the sturdy OEM crank and rods. Before sealing the mill, it also received Taliaferro valve springs and more aggressive cams from a Saab 9000 Aero.

“The pistons are the only stock pieces that need to be replaced for big power, and the 9000 Aero cams are a great upgrade,” Aldridge said. “With 400hp at the wheels, it can be a handful at times,” he chuckled. “So I added a Taliaferro six-point subframe brace and steering-rack brace that transformed the car,” Aldridge said.

Thankfully, John added some slow to his abundance of go with Hawk pads and Goodridge lines along with Saab 9-5 Aero rear calipers. These simple but effective parts puts the hurt on the stock 17" wheels, which were powdercoated and wrapped in sticky Hankook Ventus rubber.

Inside the cockpit you’ll find hints of suede plus a kickin’ stereo to offset the understated exterior.

John’s Saab proves that sometimes less is more in the pursuit of perfection. As for the next time you dismiss a modded Saab as unworthy, perhaps you’ll think twice. After all, just ask Aldridge how many assumptions he’s added to his kill-list. 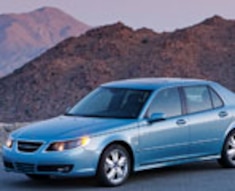 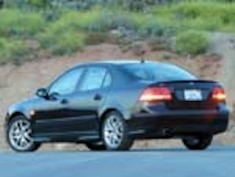 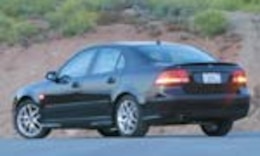 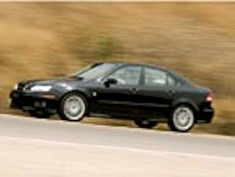