Fluid MotorUnion puts a new spin on the E46 M3 with velocity stacks and air-ride. 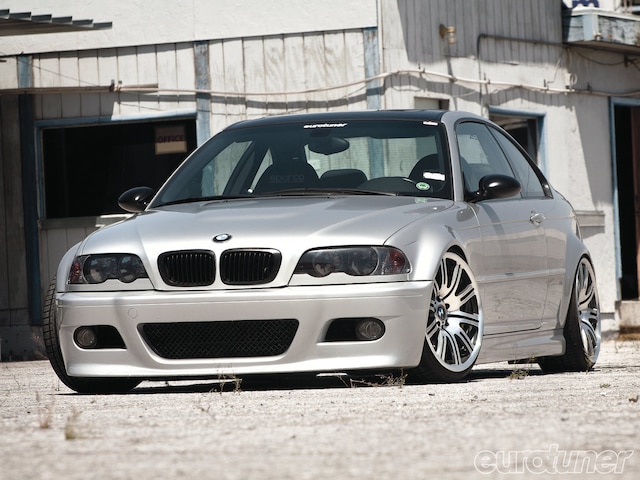 So we’re biased, but many of you will agree – the M3 tops the list of casual and hardcore auto enthusiasts around the world, and events like MFest are a prime example of its popularity.

Last year saw the fifth MFest event in Las Vegas, breaking worldwide attendance records for an all-M gathering. And without question, the E46 was the most popular generation, with owners ranging from teenagers to seniors.

We’ll admit we’ve seen virtually every combination of color, wheels, aero and engine packages on the E46 M3 since it was launched in ’00, but at MFest 2011 we were caught off guard by this ’02 M3.

The silver coupe had something special that didn’t follow the norm. It wasn’t rolling on the same forged or painted wheels that we’re used to. It also had a clean body and extra-low stance, something the typical spring or coilover setup couldn’t accomplish.

Yes, we had a special feeling about the car, and when we discovered what was under the hood, our hearts jumped. It’s the 3.2-liter 24v S54 engine but it didn’t feature a bunch of bolt-ons. Instead, it had gone the custom route with a velocity stack setup along with a nitrous system. It was new, fresh and worth deeper investigation.

After we picked our jaws off the floor, we discovered two interesting things. Firstly, Fluid MotorUnion (FMU) had finished the car only days before MFest. Secondly, FMU’s shop isn’t exactly close to Vegas. They’re based near Chicago, and had just travelled more than 24 hours from the Midwest to attend the event.

FMU performs its magic on a number of Euros, regularly servicing and modifying BMWs, Mercedes, Audis and even some exotics. But recently, they’ve been gaining international recognition for their unique swagger and custom velocity stacks.

We spoke to Andrew Krok from FMU, who had this to say: “The goal of this car was to get away from the ‘boy racer’ aspect of the E46 M3, which appears to be becoming more prevalent as the car becomes more affordable,” he explained.

The owner of this particular car is Dick Cook, owner of an athletic club in Illinois. He wanted something much more sophisticated than the typical M3. Thus, the team at FMU tailored the appropriate parts to suit his personality. 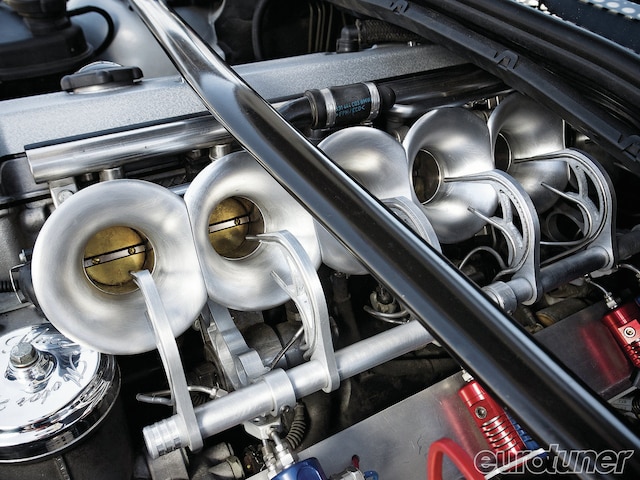 This began with the factory wheels. Using 19x9.5" rear fitment all-round, FMU installed the polished rollers with stretched 215-series tires to give it some attitude.

The car certainly looks like a boss even with stockies thanks to air-ride. “We went with air because Dick’s an older guy with no intention of racing,” Andrew told us. “Air would deliver the benefits of a lowered car with the ease of getting in and out of driveways and over bumps.”

With the stance dialed-in, FMU followed up with a business-like exterior. Forget gaudy bumpers and side skirts; a CSL-style Vorsteiner front bumper was added to compliment the authentic CSL trunk.

FMU decided to delete the M3’s signature side vents and corner lights. While it might infuriate purists, it certainly gives the profile a sleeker look. “We decided to do the opposite and let the car speak for itself without the characteristic vents, which can occasionally distract the eye from how wide the stock fenders are,” Andrew said.

And that’s the beauty of this car; the casual observer might think it’s just a lowered 3-Series. Yet it’s so much more, and FMU accomplished that after opening the hood.

If you’re confused about velocity stacks, they’re basically trumpet-shaped inlets for the intake system. Depending on the length, they allow smoother and equal volume of air at a faster rate.

FMU’s work of art is one-of-a-kind on this S54. It’s a custom setup made from billet aluminum with shorter construction to cut down unnecessary runner length. There are also new clamps fabricated for the inline-six.

The tuner then created an aluminum tray and custom arms to deliver a wet shot of nitrous directly into the stacks when the valves are wide open. They even fabricated equal-length hard lines for the delivery system.

When all said and done, FMU constructed one helluva naturally-aspirated M3 that can put more than 300hp down to the rear wheels. And the sound is to die for, as the trumpets create an exotic pitch that would leave your average M3 street racer in tears.

Continuing their expertise, the engine featured FMU’s headers and cat-back exhaust to improve flow. Turndown tips were specified to give the M3 another subtle difference from the typical oversized tips normally seen.

The car was finished with a few interior upgrades, including Sparco seats, Corbeau harnesses and a color-matched roll-bar. There’s also a carbon panel on the dash to house the air-ride switches.

Inevitably, some people will rag on the car. Sure, it’s not as powerful as a turbocharged M, nor is it going to out-handle a car with race suspension, but it’s different and packs a sound no other S54 can match. And for that we give it respect. 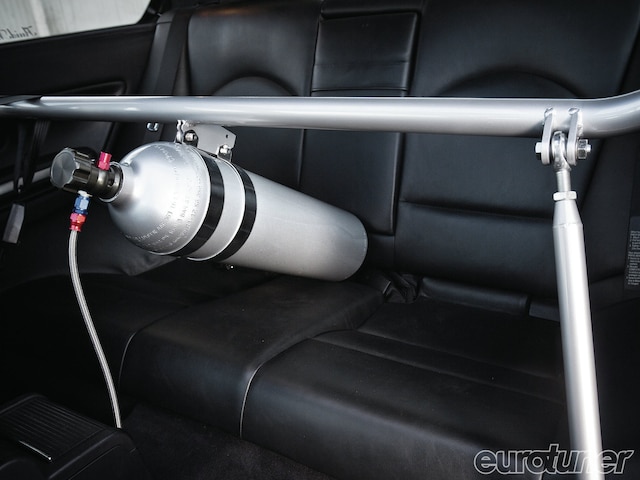 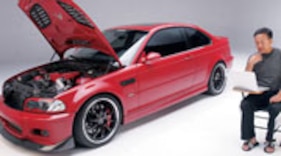 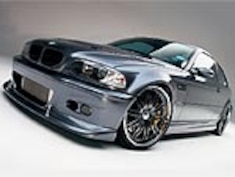