The VW Tiguan hasn’t exactly taken the tuning scene by storm, but this example from Belgium might provide some inspiration. 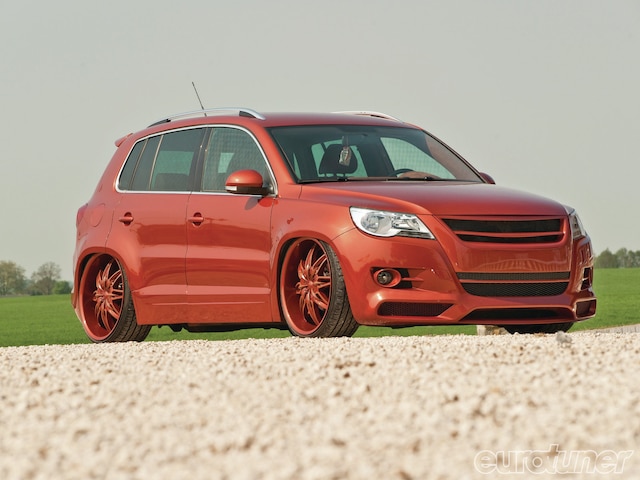 As manufacturers of the finest all-rounder in the world – the GTI – I was just a little disappointed when VW started distracting itself with the Phaeton luxury sedan and Touareg SUV. That turned into horror when the latter was rebadged and sold as the Porsche Cayenne. From that moment forward, we were all on a one-way trip to hell!

And while the larger vehicles seem to abandon the concept of the original People’s Car, VW was clearly back on track with the introduction of the Tiguan in 2009. It shared many of the GTI’s components, including the 200hp 2.0T turbo engine, the option of a six-speed manual or 4Motion AWD, good fuel economy, car-like driving characteristics and a GTI-like dash. With prices starting under $23k, it was a lot of car for the money.

Having driven and enjoyed it, we waited for the first tuned examples to roll in. At every show we search to see if anybody’s got to grips with the mini-SUV, but we generally come up empty-handed. It appears that the tuning scene has either overlooked or has little interest in the Tiguan… until now!

A friend in Belgium drew our attention to this ’09 example that boasts the TDI engine – (surely the best motor for this car). Its owner, Blavier Alexandre, got carried away, totally transforming every aspect.

What started out as transport for his small party catering company in Tubize, near Brussels, soon morphed into this sound machine that rides on a carpet of air.

It replaced his first car – a Citröen 2X that literally glided as if on a carpet thanks to its hydropneumatic factory suspension. When working properly, it created an incredibly comfortable ride, with the ability to set the ride height in two positions.

All hydropneumatic Citröens have the tendency to drop to the lowest setting if you leave them overnight, so Blavier became accustomed to seeing his car on the deck. So when he moved up to the Tiguan, he wanted more of the same.

Getting together with the owner of Davecar Customs in his hometown, Blave and Dave came up with some wacky ideas to create what must be the wildest Tiguan ever built. 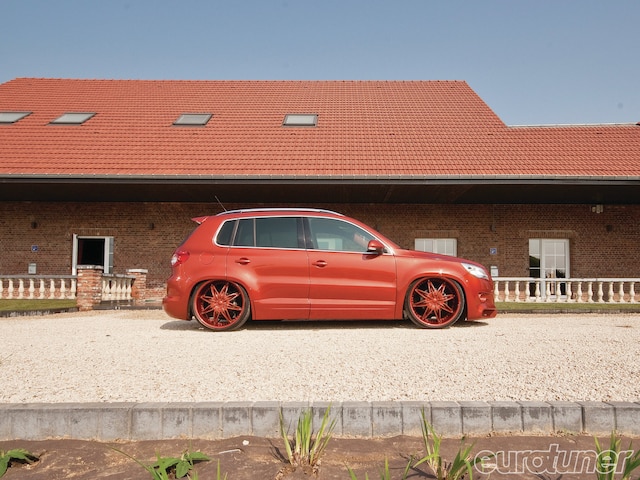 Caractere
It’s difficult to know where to start, so let’s view the exterior with its full body kit from Belgian company Caractere. We used their products on our ’06 VW GLI (et 4/07), which were high-quality: easily fitted and painted.

Available from US importer LLTek (lltek.com), the Tiguan was enhanced with Caractere’s front spoiler and grille, roof spoiler and rear valance that accommodates larger tailpipes such as those on Blavier’s car.

The kit also included four fender flares, which Davecar molded to the bodywork, along with the valance, to give the Tiguan a cleaner appearance. All the badges were removed with the same aim, and the car was resprayed in Fiat’s Raggamuffin red to ensure it couldn’t pass by unnoticed.

The wheels received the same treatment, coating the massive 22" Hipnotic rims in Fiat’s finest. Asked why he didn’t go for a more conventional Euro-style wheel, Blavier responded: “Somehow BBS just didn’t look right on the car once the direction of the project had been chosen.”

With its 4x4 ride height, the three-month transformation was completed once the air-ride suspension was installed. It comprised Koni dampers at each corner with universal GAS airbags that are operated by a pair of Viair compressors that are totally hidden from view. The system also has a pair of two-gallon air tanks, which are monitored by pressure gauges on the center console. These sit either side of the main switches that allow the driver to drop the front and rear independently.

Leather
Speaking of the interior, we were blown away by the quality of the work and the sumptuous materials that make the cabin so inviting.

Created by Auto Cuir Design in just eight weeks, they started by finding a suitable brown leather, and matched it to an alcantara as well as a custom paint.

The leather was used on the seats and doors, while the alcantara appears on the outer panels of the seats, inserts on the doors and the middle sections of the dash and console. It also smothers the headliner and leaks into the trunk.

All the remaining plastic panels on the seat frames, dash and steering wheel, etc were painted in a matching brown, with a few key items left black to match the carpet.

Once it’s enticed you inside, this Tiguan will deafen you with 4000 watts from its pair of Rockford Fosgate amps in the trunk installed by stereo specialists Depo. They power both a trio of inverted Rockford subs as well as component speakers front and rear.

Keeping it factory, all the signals are provided by the VW RNS-510 touchscreen head unit that is a radio, DVD player, iPod controller, nav unit and Bluetooth module in one. And with the option of a TV tuner, it provides all the multimedia sources Blavier could need.

Auto Cuir Design had some hide leftover, so they decided to wrap the engine cover and intake in the same leather, surprising everybody who’s simply expecting an oily mess under the hood.

And while Blavier’s daily driver might not be to everybody’s taste, hopefully it provides some inspiration to anybody who’s looking for a smaller SUV and has been tempted to go outside the European community.

This vehicle proves that with a little imagination, the Tiguan could be a stylish alternative to some of the Asian imports. And let’s not forget what a big-turbo conversion could do to the 2.0T engine in our North American cars! 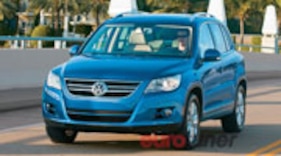 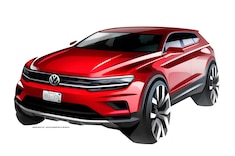 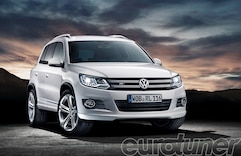 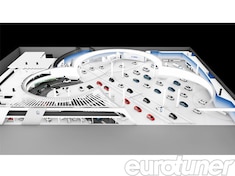 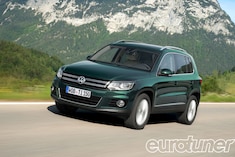 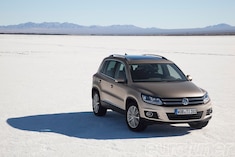 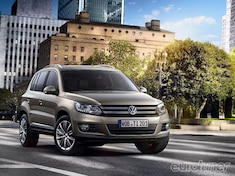