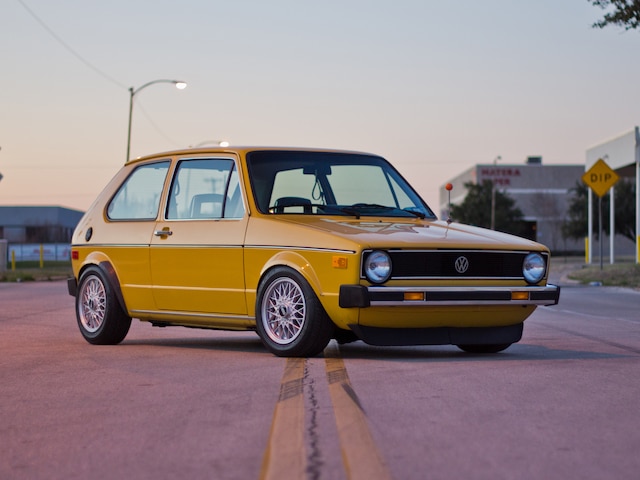 Ever had the desire to fix up a pile of junk? Tired of the ride you have now and want to do something new? Ever think you'd find a car in a junkyard and just wash it off to discover gold? Well, that's what John "Cub" Pearson's story is about.

Looking at this Rabbit, you'd think he bought it from the first owner and had to hose it off to get it looking this good. Besides unearthing it from a graveyard, greasing the rear axle, dropping in a 2.0L 16v and slapping some BBS wheels on it, you'd be right...

Documents show this 1977 Rabbit 1.6-liter four-speed was purchased from University Volkswagen, Fort Worth, TX in June '77 - not far from where John lives. He's the second owner, and the car had around 44,000 original miles on it.

John found it after talking to a friend about finding an old VW to fix up at a local VW meet. The friend told him of a place in Azle, TX where there were several old cars sitting in a junkyard.

When John went to look around the yard, there she sat, covered in dirt, surrounded by beat-up VWs, dying for TLC. The nugget of gold was his next project. Although the cars around it were in bad shape, "Yella", as he calls it, was on its original tires, protected from the mayhem by a ring of other cars. Having been on the lot since '92, the yard owner was about to scrap it, so John offered him $250 and would hauled it off the next day.

John returned to load the car on a trailer and the owner helped by moving the other cars out of the way with a forklift. But he started towards the Rabbit so John yelled at him to stop and threw a wrench at the cab so he would see him. "I was scared he was going to damage the car, so I wanted to make sure he didn't move it with that forklift," he said.

Spending the next three years planning, sourcing parts and building, John knew he didn't want t the original 71hp 1.6L engine. He wanted to update it, so bought a 2.0L 16v from a '93 Passat matched with a 9A five-speed transmission he had lying around.

We all know you piece cars like this together with parts from others, and John installed the front struts, brakes and driveshafts from an '89 Cabriolet. The majority of the other parts are from a '87 Scirocco 16v, including the wiring harness, ECU, knock box, ignition module, upper intake, fuse box and radiator. 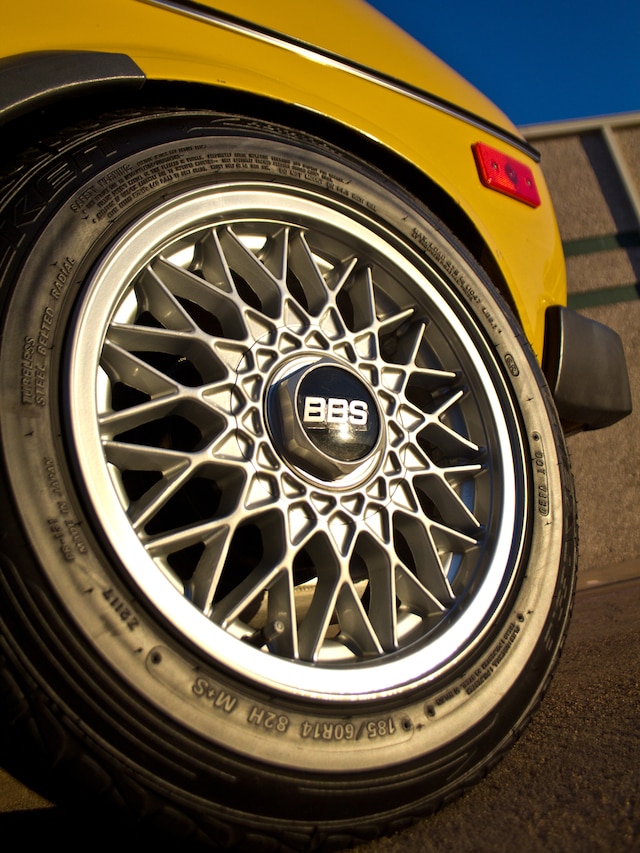 He tucked both bumpers and mounted a duckbill spoiler for a more aggressive look. The Rokkor coilovers and 14x6.5" OE BBS wrapped in 185/60 Falken tires also helped with the demeanor.

On the inside he added a Scirocco steering wheel and shifter plus Corrado SLC front seats. But while photographing the car, John explained he wanted to refit the original dash rather than the early Jetta/Cabriolet dash it had at the time. And sure enough, he swapped it in a matter of days.

Besides all the upgrades, everything else on the car is original, even the nailed down carpet and headliner, which needs to be replaced, but John's reluctant: "Shops don't want to fix headliners because they're hassle," he stated. "I'd love to have the roof dents pulled out but I can't because I'd have to rip out the headliner and it's a pain to replace."

Aside from that, he gets tons of attention in the Rabbit and people stop to recount stories about how a friend or family member used to own one. "I can hardly go anywhere without somebody asking to buy it," He said. "I'm certainly not ready to sell it, and I'm not sure I ever would."

Looking at John's Rabbit, it makes you realize there are so many cars left out in the elements, rotting away or being scrapped. Cars like this are becoming hard to find in good shape, but there are a few other guys out there who have also found Rabbits and are now restoring them. It's great to see car that once were laughed becoming reminders of what a great cars should be: goldmines for the VW community. 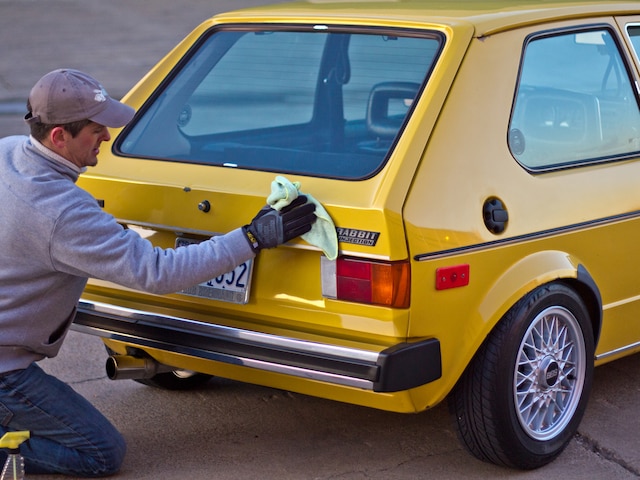 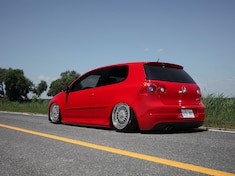 Janie Laporte Boule's 2007 VW Rabbit is loaded with stance and turbo power and is proof that the passion for cars is not only infecting males but women as well. 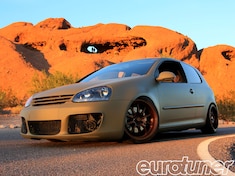 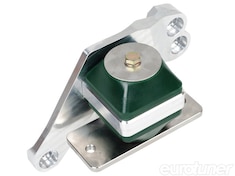 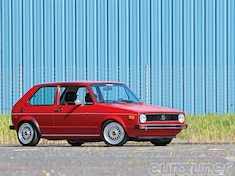 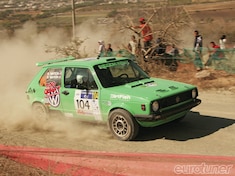 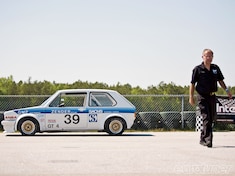