You often hear how it takes years of hard work and many failed attempts before a Veedub enthusiast finally creates a show-stopper, bold enough to break new ground.

The recipe for success is found at the delicate intersection of originality and taste, where it can be easily ruined with one wrong move. Maybe it was a bum color, tacky bumper or wack wheels that killed an otherwise knockout build; whatever it was, it doesn't take much to ruin a good thing. But for Don Santora from Tuning Works in Copiague, NY, it only took two swings at the magical piñata of VAG-success for the New-York native to put himself on the map.

"I guess you could say I've always been a car guy, having grown up around muscle cars. But when buying my first car, it had to be a VW. I bought a Mk5 GTI with the intent of modding it," Santora explained.

But the fun only lasted so long. Santora totaled the hot hatch in a rollover accident - thankfully German engineering allowed him to live another day. Realizing his good fortune, he didn't waste any time buying one of the first TSI-equipped Mk5 GTIs at his local dealer.

"I'd already agreed to buy the second GTI when I discovered VW had changed to the TSI motor. I lost lots of sleep the first few days because nobody seemed to know anything about the new design. It was only in time that I realized it was an awesome upgrade," Santora said.

After the apprehension subsided he got to work adding all the performance parts that survived the crash. He didn't yet know the FSI and TSI motors were two different animals. 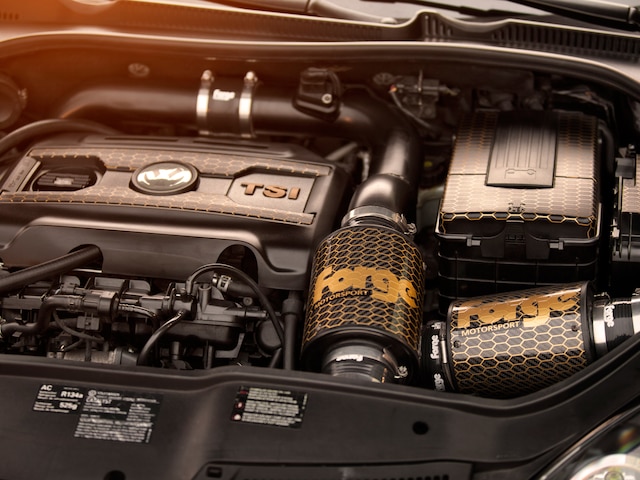 "I'd previously installed a bunch of Forge Motorsport stuff and I didn't want them to go to waste, like the Twintake, exhaust system, blow-off valve and actuator valve I had to modify to fit the TSI motor," Santora explained.

The modifications to update the parts were heavily documented online, where Santora's fabrication skills caught the eye of Forge Motorsport. As fate would have it, Forge eventually called upon his expertise when developing their own TSI parts - the beginning of a long and fruitful relationship between Santora and Forge.

"One thing led to another, so five years later my cousin and I opened our own shop, with the help of Forge. Tuning Works is where we're living the dream and helping others build theirs," Santora said.

Dark Nite
Somewhere between following his dreams to own a tuning shop and learning the trade, Santora found time to build a very dark GTI. 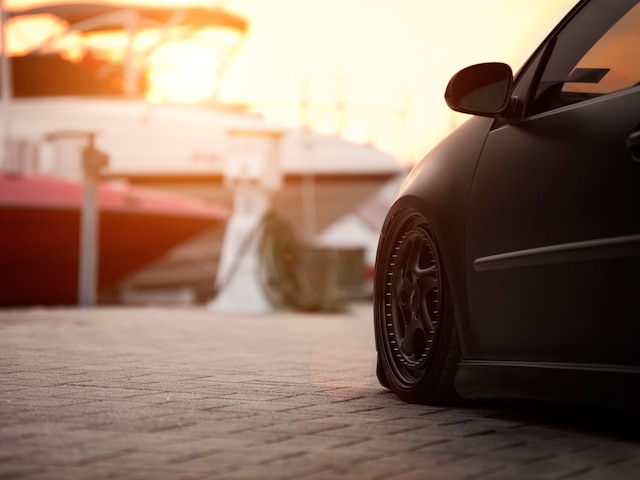 "I've always loved the dark look, the blacked-out theme, so I decided to wrap the car myself and make it satin black," Santora said. 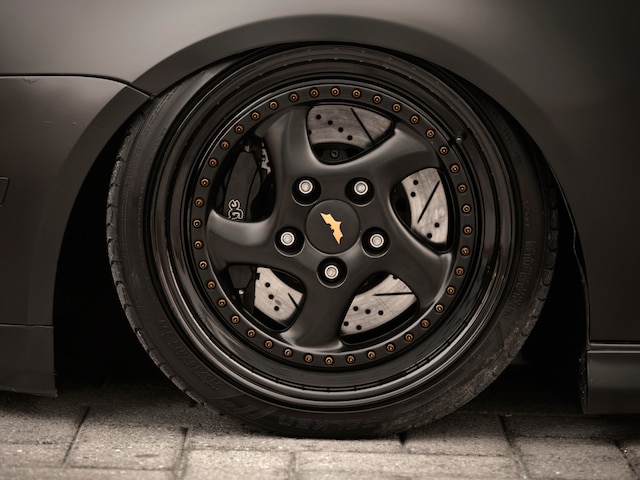 Before long, the GTI took on the theme of The Dark Knight movie, which was released as the car came together. Other nods to Batman include the 18" Porsche Twist three-piece wheels with custom gold center caps, matching spike bolts and, of course, the license plate.

The stance was courtesy of a Bagyard Bombers air-ride kit with an AccuAir SwitchSpeed Controller. It tucks the tires inside the rear fenders, thanks to some massaging of the factory metal.

As exquisite as the hide might be, that's not the only feature that takes the interior to the realm of excellence. Details like the custom dash vinyl, doors and steering wheel trim go a long way, as does the rear-seat delete with a custom false floor playing home to leather-wrapped and gold-stitched air-ride and stereo components.

Of course, pose is nothing without performance, so the 2.0T has a K04 big-turbo upgrade controlled by GIAC software. There's also the Forge wastegate actuator and a matching custom diverter valve. The inlet is further fortified with a BSH throttle-body pipe, AWE turbo-outlet pipe, S3 intercooler along with more Forge go-fast parts like their Twintake, Twintercooler and coolant hoses.

Spent gases are shot through a 42DD cat-less downpipe into a custom R32-style system with 4" Magnaflow tips.

"At some point, I'll upgrade the internals but it's all the power I need in a front-wheel drive car right now - it's fast!" Santora said.

Harnessing the power isn't easy, so a South Bend Endurance Clutch was tasked with transferring torque into forward motion, along with a set of polished and gold-plated VF Engineering motor and trans mounts.

Full-throttle shifts are improved with a Forge short shifter and Verdict Motorsports shifter bushings, while a rear H&R sway bar and massive Forge big-brake kit keeps the midnight hatch on track. "The car sits low at shows, but I built it to be driven and wanted to ensure it still stopped, handled and accelerated like it should," Santora explained.

Taking a step back and admiring the midnight monster reveals a well-conceived build that's easily misunderstood. "I didn't build it to win shows, and I certainly didn't build it because I'm a huge Batman fan: I built it for one reason; for myself," Santora said.

A show-stopping Dub wasn't created to win trophies and impress the crowds? Say it ain't so!

We guess Don is asking all those haters out there to back off and allow him to enjoy the fruits of his labor, without passing judgment on his personal creation. If you want to comment on the VAG tuning scene, there's no better way than to add your own project, rather than bring down somebody else's.

In the meantime, Don continues to enjoy his GTI and build future projects for other enthusiasts from his New York shop. 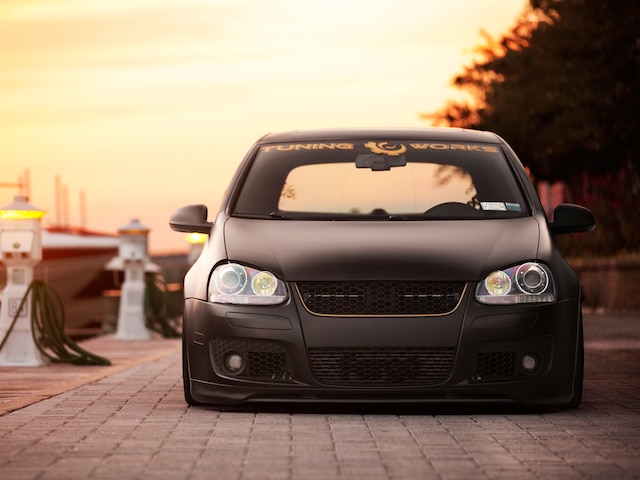 Thanks:
my dad, my cousin and business partner Rich, all my friends, Forge Motorsport