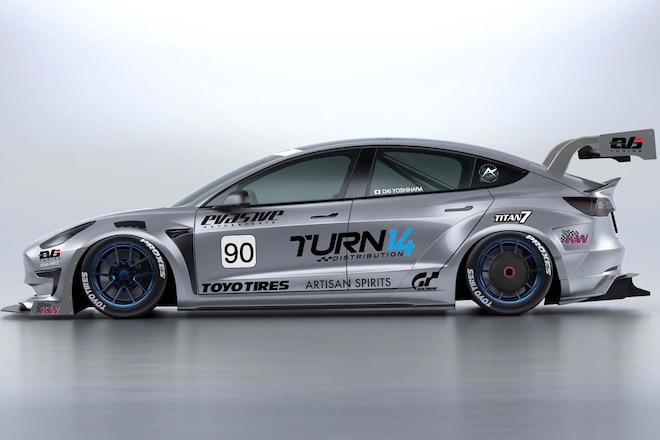 Turn 14 Distribution, the performance warehouse giant which supplies aftermarket goods globally and prides itself on stocking its partners complete product lines has announced that it will serve as the title sponsor for Evasive Motorsports' Tesla Model 3 Performance campaign at the 2021 Pikes Peak International Hill Climb. Turn14's Director of Marketing, Daryl Sampson states, "Turn 14 Distribution's goal to be an industry leader is consistent with our involvement in this project. We love the sound and emotion of internal combustion engines but recognize and support the increasing growth of the EV and hybrid market by the OE's. Evasive Motorsports sees this, too, and we are happy to partner with them on this effort." Piloting the Model 3 is Turn 14-sponsored athlete and wheel ace, Dai Yoshihara, a talent who's competed and realized success in drift, time attack, and hill climb events. 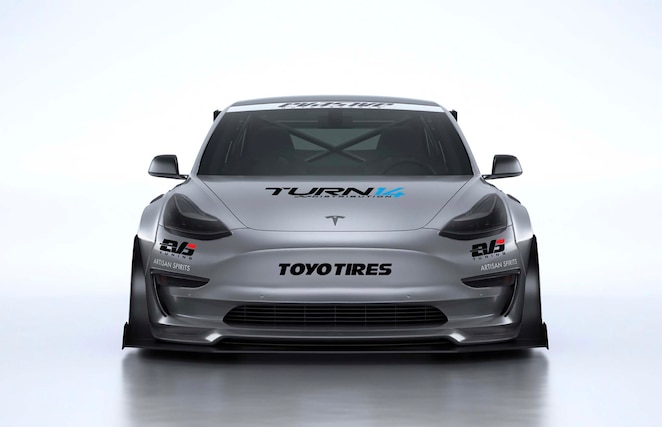 This isn't Evasive Motorsports' first trip to Pikes Peak as the military precise tuning firm has taken a crack at the mountain on 6 occasions and in 2020, found huge success. With Yoshihara behind the wheel for his second consecutive year, the group's heavily modified Toyota 86, powered by the venerable Supra-derived 2JZ-GTE, realized victory in the Unlimited Division. Struggle and drama typically accompany the exhaustive effort at Pikes Peak and Evasive's story had plenty of both.

Evasive's huge accomplishment last year makes their Tesla build all the more intriguing as they, along with a handful of others in the aftermarket seem to be embracing the EV front rather than denying it. If you know anything about the outfit and their dedicated crew, they love a challenge, and that's exactly what they'll get from this new, fully electric platform. Initial shakedown has taken place at Buttonwillow Raceway with minimal changes to the car and Yoshihara seems to be settling in nicely, capturing a new unofficial Street Class record with a 1:52.8 during testing. 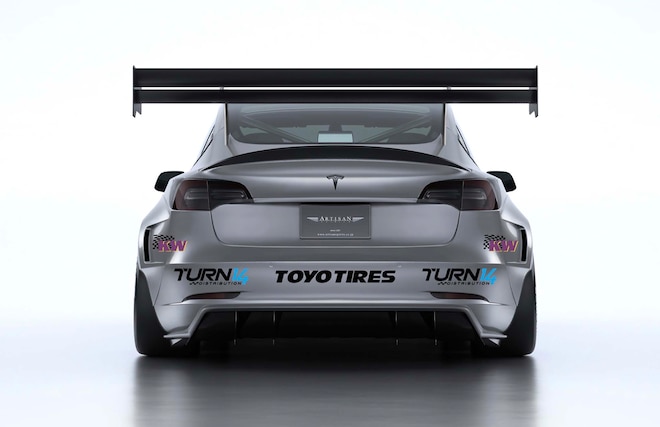 Not Your Neighbors Commuter

The released rendering reveals a widened and dramatically lowered Model 3 based around Artisan Spirits aero. In original form, the kit is subtle and street-friendly, though Evasive's version adds an aggressive splitter, winglets, and vented/flared fenders up front, while the rear carries a razor-sharp bumper diffuser and swan neck-style mounts that place the large, dual-plane wing just behind the car's body. The sleek, functional look comes as no surprise as Evasive Motorsports has earned a reputation for piecing together some incredible race builds over the years and we can't wait to see this Tesla in action during their race to the clouds.