2JZ Trailblazer: Say Hello to the First 2JZ-Swapped BMW 135i in the U.S. 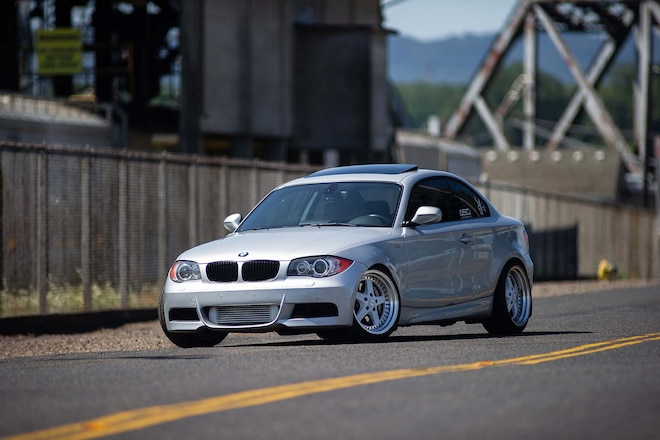 Surprisingly, this 2JZ-GTE-swapped 2011 BMW 135i is not the first time car owner and builder Teigon Tegner has facilitated an unusual (unholy?) union before anyone else. Over a decade ago, the Washington-based fabricator developed the very first 2JZ-into-a-Nissan 350Z transmission adapter before it was knocked off, so Teigon has been here before. He's been tinkering on 2JZ engines for years, and even has a close circle of friends who eff around with junkyard 2JZ builds, so at least on the Toyota power plant side of things, he sorta knew what he was getting into.

The BMW E82 coupe chassis was a different story, though. Purchased roughly six years ago with just 25,000 miles on the odometer, the 135i was supposed to be a reliable commuter, a vehicle to daily, and not something necessarily that would require attention. Then came that fateful day in 2017 when Teigon lined up against a Honda in a race; during the impromptu contest, the car's N55 engine let go, and when he took apart the native turbo straight-6 some time afterward, the owner realized the mill had dropped a valve and created a nice hole in one of its pistons. After nearly three years of driving his Bimmer, Teigon was now out an engine. 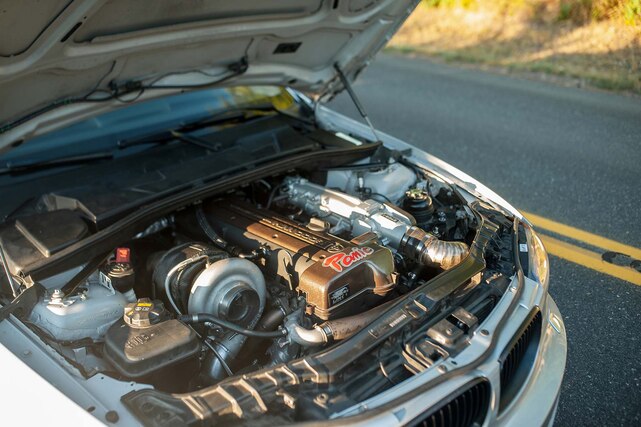 The Call of the 2J

There might be no greater sign that you NEED to do an engine transplant than being a 2JZ nerd and having the inline-6 in your car go belly up (the swap gods, if there are any, were practically leaving a breadcrumb trail). At the time, there wasn't a whole lot of rebuild info on the N55, and factory BMW blocks from the junkyard were going for a hefty $7,500. 2JZ-GTE hadn't quite yet become a hot commodity, especially in the Pacific Northwest (which has since changed significantly) and Teigon was able to scoop up this one for $2,200. "No one's done [this swap] before, I have no idea what I'm getting myself into," he remembers telling himself then. "We're just gonna fucking go for it."

Teigon rebuilt the engine and then began engineering what it would take to shoehorn it into his E82's engine bay. Every custom piece in the build he pretty much made with his own hands - the motor mounts, exhaust and charge plumbing, turbo manifold, etc. He pieced together the car's bespoke fuel system and converted the hot side of his one-off turbo to use a V-band clamp. He even milled up a coil pack bracket in the CNC machining center he has in his garage (an item he now mass produces and sells).

In order to get the center of gravity as low as possible, Teigon oriented the engine at a true driveline angle (borrowing a page from the drag racer's handbook), but instead of cutting up the oil pan he chose to notch the 135i's front subframe. Remarkably, he assembled everything on his project E82 on jack stands and without the use of a lift, and when it was time to wire up the new motor, he turned to local wiring and electronics guru Mark Panic of Panic-Wire. 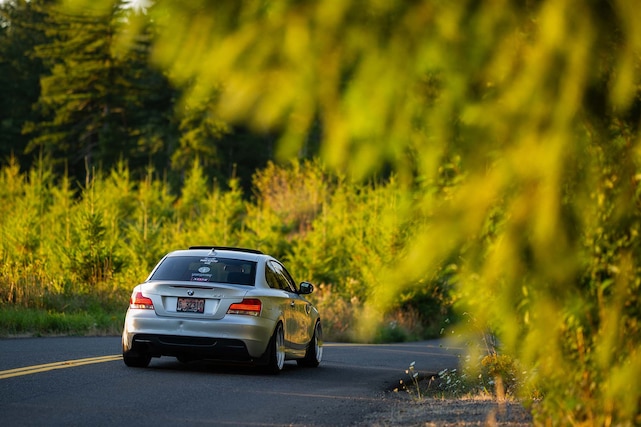 Mark knew it would be exceedingly hard to find info on how BMW sets up their wiring, but he pulled out all the stops and miraculously had a harness completed in two days. Even more remarkable, the newly swapped 2JZ 135i fired up on the second crank, and apparently the only thing that doesn't work is the tachometer. Even the Bimmer's Comfort Access works, which is the system that allows you to open the car door and start the engine without having to touch the key. That is nothing short of amazing.

For a short time, Teigon brought his 2JZ 135i back as a drifter, but then it dawned on him that it's too nice to drift. The BMW has a fully loaded Interior, both M Sport and Cold Weather packages, Harmon Kardon audio - he just couldn't fathom going door to door with a machine he's spent so much time and money refining, which we totally get. The car is pretty much a weekend sleeper now, with its lethality hiding under factory aero, and even more power is on the way; it's set up for E85 and Teigon is hoping to turn up the boost before taking it to the dyno. There will always be risks in being the first to do anything, but Teigon's Bimmer shows us sometimes the rewards are totally worth it. 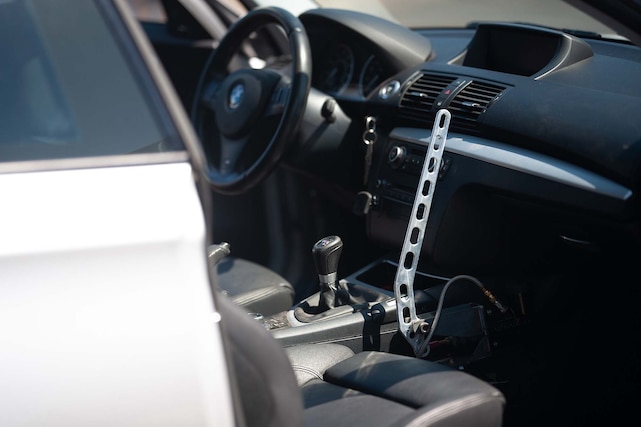 2JZ Trailblazer: Say Hello to the First 2JZ-Swapped BMW 135i in the U.S.
Photo /

Get Ready for the All-New Top Gear America!
SuperStreetOnline features