Everything you need to know about the updated BRZ 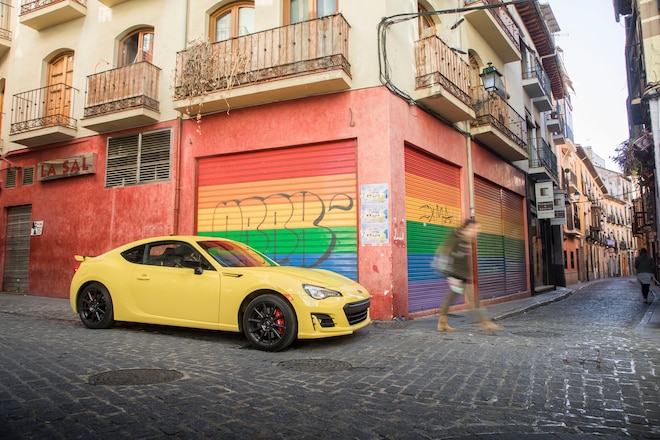 They say don't change a thing unless it's broken. The Subaru BRZ is far from broken; in fact, it's still one of our favorite cars available on the car market today. It's affordable, lightweight, and balanced, with more aftermarket support than any other new vehicle out there. With the '17 model, there really wasn't a whole lot for Subaru to mess with except make improvements all around, which summed up together continue to make the overall BRZ package one of the best looking and most fun-to-drive coupes around. 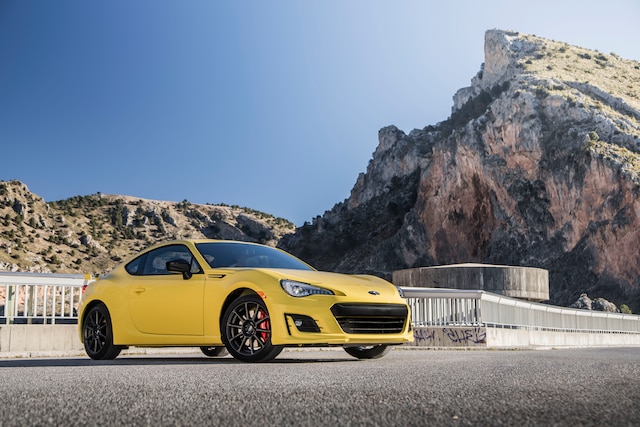 STYLING
There's no huge body changes with the update,however things like the front-end received a lower and wider facelift that follows Subaru's latest design language. There's also new fender garnish and a slick aluminum rear spoiler that provides just enough downforce to make a noticeable difference in handling. We dig the use of LEDsfor the headlights, C-shaped taillights, and daytime running lights. If you own an earlier model, we can already foresee you planning to upgrade to these. 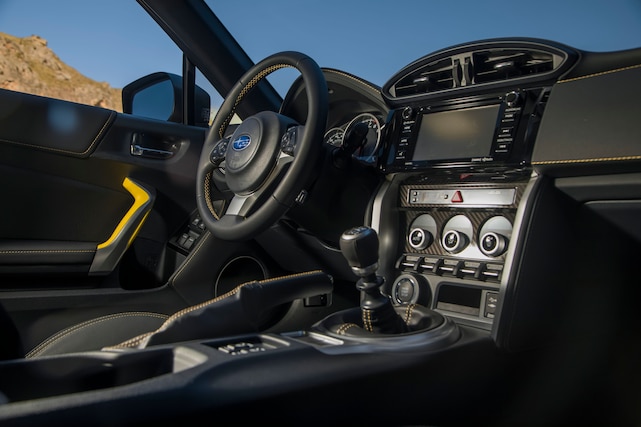 INTERIOR
Not a whole lot has changed inside but some of the biggest improvements include a new steering wheel that's nicer to hold thanks to a smaller diameter, plus italso has the radio controls built-in for us lazy folk. There are additional embroidered and leather piecesto give a little more sophistication, for example the panel of above the glove box. The gauge cluster is a little more fancy, allowing you to check out things like oil temp and voltmeter, lateral-G, braking force, steering angle, etc. No Apple Car Play yet but Subaru hinted it might be comingsoon. 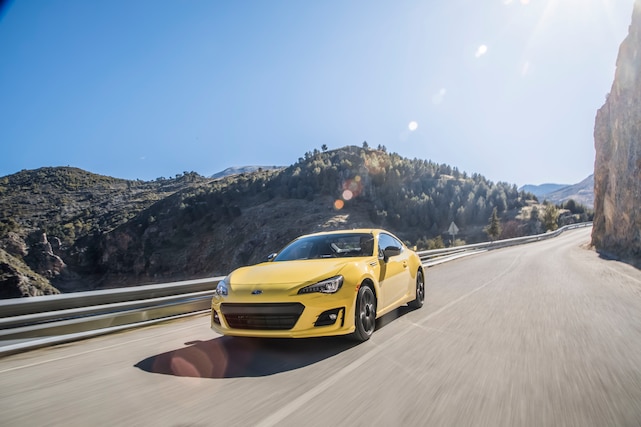 HANDLING
The BRZ was already a handling superstar out of the box in the '13 model year. But engineers spent quite a bit more resources to reevaluate the suspension for the '17 model, especially to gain more response and stability. Starting with the springs, the front rates were stiffened while the rears were softened up by about 10 percent. The rear stabilizer bar was also made a little thicker. This combination allows theback endto be more stable in cornering while making the front more responsive tosteering inputs.Other updates include new dampeners that'll help minimize you hopping around. Lastly, minor updates such as thicker suspension brackets and a thicker transmission tunnel crossmember brace stiffen up the chassis. All these small things don't sound like much but they add up to a more refined and solidBRZ. 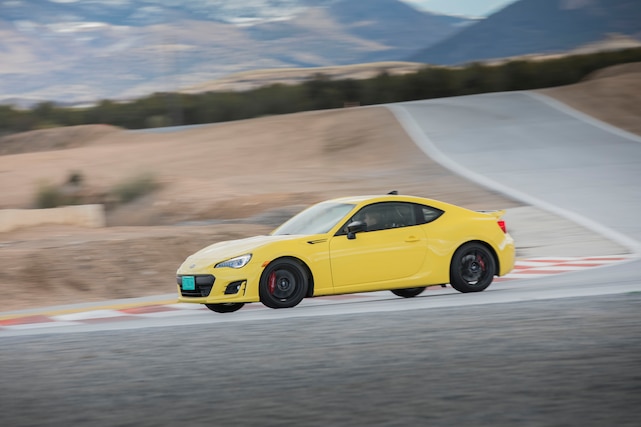 TRACK MODE
One of Subaru's biggest complaints was their traction/stability control system. The previous "Sport" mode just didn't feel sporty enough, meaning the computer would intervene and slow you down every time you wanted to get on it. Subaru has raised the threshold on these settings to make the car more fun. Now you can get it a little more sideways and go a little bit harder before the computer tells you you're out of your mind. We should also note that "Sport" has been changed to "Track." 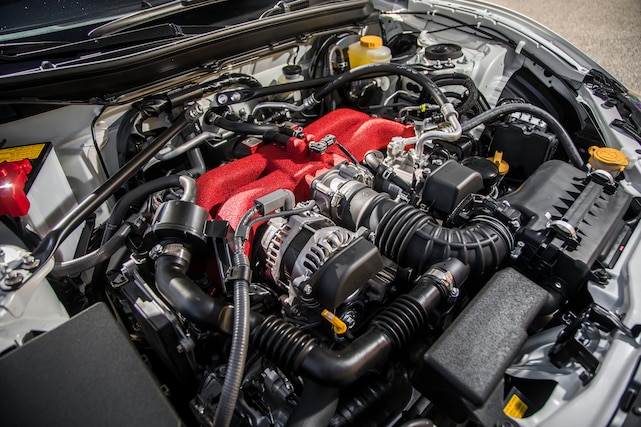 ENGINE/DRIVETRAIN
Small improvements for Subaru's 2.0-liter FA20 and its six-speed manual include:

When all is said and done, it's a gain of5 horsepower and 5 lb.-ft. of torque (205hp, 156 lb.-ft.)Not a huge bump in power, but if you were content with the drive and feelof original BRZ, this will feel a tad better. And if you want more, there's no shortage of forced induction options out there. 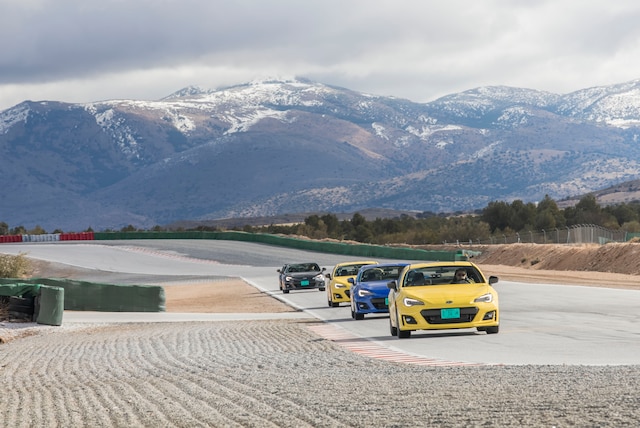 PERFORMANCE PACK
Kudos to Subaru for offering a Performance Package BRZ. It doesn't come with a bunch of limited edition, cool parts and a supercharger like we imagined, however it might be worth it depending on who you are.

The bread and butter of the Performance Package are the Brembo brakes–four-piston front calipers, dual in the rear. The rotors are bumped up from 11.6 inches to 12.8 up front and 11.4 to 12.4 in back, and the thickness of the rotors are also wider. Trust us when we say "it's a lot of braking for this car." In essence, it's the same package that's used on the WRX STI – and that's a car that's almost 600lbs heavier! With that said, the Performance Package is worth it alone for that. Subaru will also throw in a set of wider 17x7.5-inch black wheels (to clear the brakes) and Sachs ZF dampers – although if you plan to lower your BRZ, chances are you won't care about those as much. 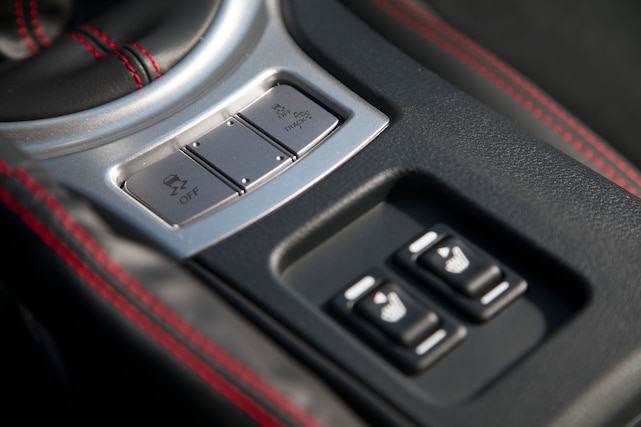 FINAL THOUGHTS
We're a little biased, but let's just say the BRZ is still as awesome as it was before. For the seasoned driver and car enthusiast, you'll be able to notice all the small differences and appreciate how much more refined the BRZ is. We've tried to stress how much more balanced the 2017 version is, but that's what's really first that comes to mind. It's 15 to 20 percent more balanced than the previous model, and is both confidence inspiring and forgiving. We know this firsthand from spending an entire day in the new Performance Package BRZ driving like maniacs through the hills of Granada, Spain, and also on a private test track. You really couldn't mess up too badly in the BRZ and it's a great platform to improve your driving and have a lot of fun without getting into too hairy of a position.

Perhaps its biggest downfall is the stock all-season tires. The tires make it a bit too slide-happy and mushy. We also think 17-inch wheels are too small for the BRZ. But other than switching those out, we think you'll enjoy the BRZ, Performance Package or not. We've had three FR-S project cars on staff; perhaps it's time for us to get a BRZ, especially now that its base price is $760 less than its Toyota counterpart. 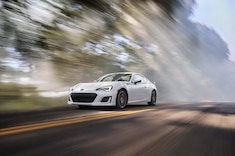