I have no business behind the wheel of an electric car. However, I will admit while I haven't embraced and/or supported them, I do realize they are the future, and they'll continue to be a more relevant part of our automotive lives five, ten, fifteen years from now... 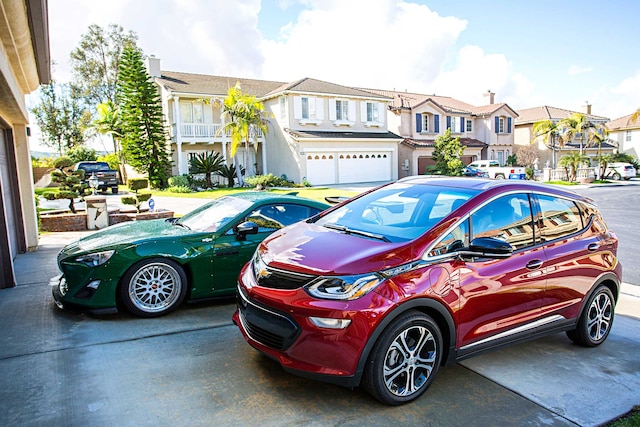 Thus far in my career, I've reviewed one of the early Lotus-designed Tesla Roadsters in the canyons of Malibu. It was a frickin' blast, but it was also eleven years ago. More recently, I took a newer Model S for a spin around the block near my home in Hollywood—a P100D model that commands the fastest 0-60mph time of any production car today at 2.5-seconds. It's stupid fast, but it lacks emotion, it's still ugly to me, and its sticker is over $130K (a few pennies out of my price range). So towards the end of '18, a friend of mine at Chevy invited me to an afternoon autocross event. The car I'd be driving would be the new Bolt EV. 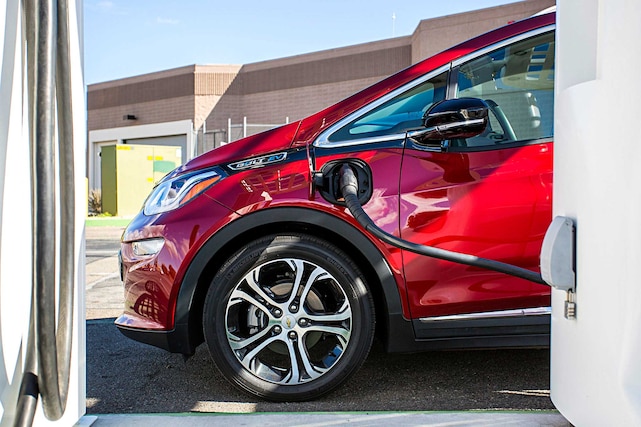 Now, you can imagine my enthusiasm (or lack thereof). When most of us think of Chevy, V8 muscle comes to mind with the likes of a Camaro or Stingray. But, beggars can't be choosers... This autocross session was still a great reason to skip out of the office, do some high intensity driving, and possibly broaden my horizons about electric cars.

To my surprise, the Bolt EV did have some pep to its step. I learned its electric motor makes 266 lb-ft of torque and 200hp with a respectable 0-60 time of 6.5-seconds (sadly faster than the Toyota 86 and Civic Sport Hatchback), and it does it all without changing gears (still weird to me). It's not a whale around tight corners either, and on the autocross, I felt it just needed some stickier tires to put down a quick lap time. It feels like a grown-up golf cart, except with more spunk, windows and doors, five seats, plus everyday creature comforts. Despite how it might've been entertaining around a set of cones, my mind was still already made up. It's not a pretty vehicle to look at, and I share the same sentiment with other alternatives in the EV category-Hyundai Ioniq, Nissan Leaf, BMW i3, you catch my drift... Furthermore, all electric cars are expensive (for the time being). The Bolt EV's starting sticker is just shy of $37K before tax incentives. You're basically paying a premium for the technology. 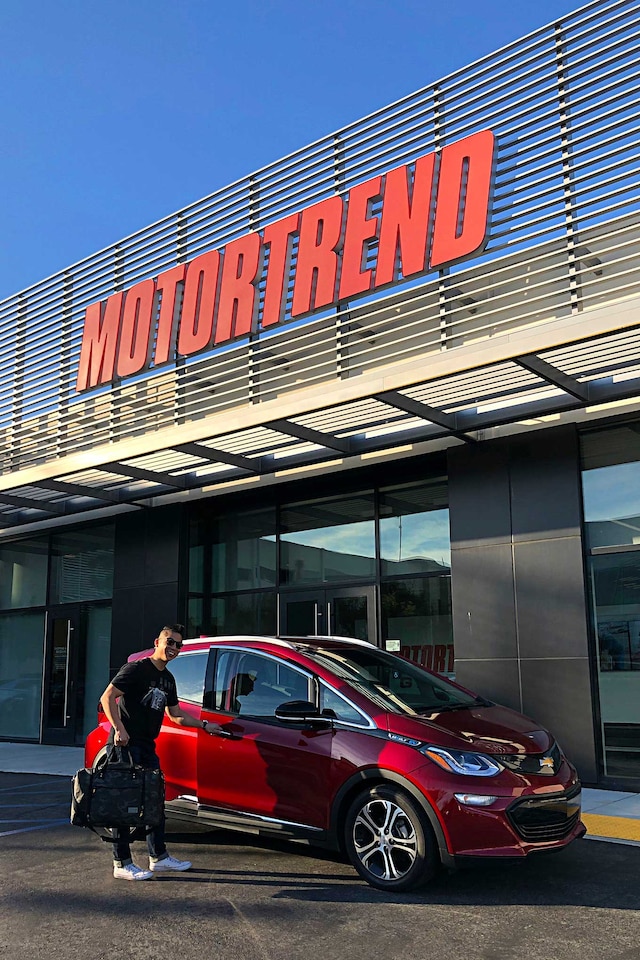 So, being the out-of-the-box, goofy journalist that I am, I still wanted to give it a fair chance. My short stint on the autocross had me pondering what it'd be like to mob around town in a Bolt EV for, let's say, a long weekend. So last month, Chevy generously dropped off this Cajun Red Bolt EV Premier at the office for me to experiment with. And with no set plans for the weekend, I did what any normal (and single) man would do that lives in Los Angeles... Drive to Las Vegas. 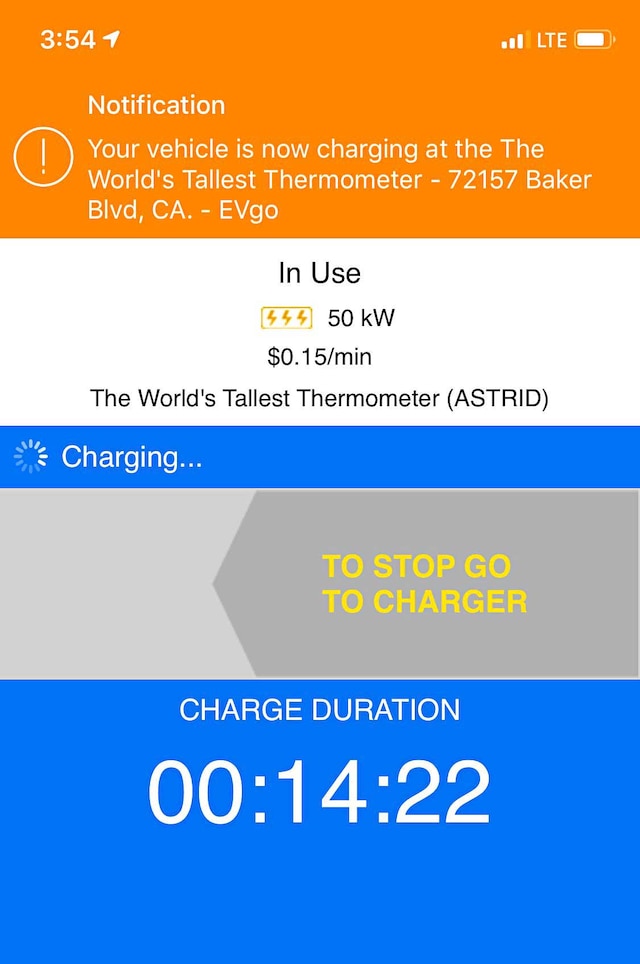 I pulled up Google, did some quick research, downloaded a couple apps on my phone and my solo mission to the promised land had begun. The EVgo and ChargePoint apps assisted me with where fast charging stations were located and if they were in use. They could also take care of payments all within the app. Then, I attempted to do some arithmetic to see how many times I would have to stop for gas (I mean, power). Let's just say...Ugh! There's a bit of a learning curve when it comes to electric cars, especially with long distances, and maybe this wasn't the smartest idea after all...

LA to Vegas is roughly 300 miles, which means with a max range of 238 miles rated on the Bolt EV, I should only have to stop once each way, right? Boy, was I wrong... After running some errands before embarking on my journey, I found myself drained to about two-thirds charge. I was forced to stop, not once, but twice on the way to Sin City. I tracked down two DC Fast chargers, the first outside a Sears in Victorville, and the second in Baker, next to the World's Tallest Thermometer. I'm hesitant to call these things "DC Fast" as I sat there for over an hour each instance to get enough juice before heading to the next stop. They're supposed to give 90 miles of charge each 30 minutes, but my experience was noticeably slower than that. It honestly felt like watching paint dry. I remember thinking to myself, "I could be in Vegas by now," and "a normal fill-up takes less than couple minutes, and I've been sitting here almost an hour!" I eventually became bored and decided to get some food. It was a weird situation as I wasn't quite sure what the proper etiquette was for leaving a car charging at a station unattended. I locked the Bolt up anyways and left. Luckily, no one decided to be an asshole and mess with my charge, and I was on my way again. In the end, with a total of five charging sessions roundtrip, I was getting approximately 200 miles per full charge, and spending 45-90 minutes every stop recharging. It took me six hours to get to Vegas and almost seven hours to get home to Los Angeles. I wasn't getting the best mileage due to my driving behavior and use of accessories. I cruised at 70-80mph, wouldn't slow down for hills and passed slow cars and trucks when I had to. I also kept the A/C on, which robbed mileage as well. 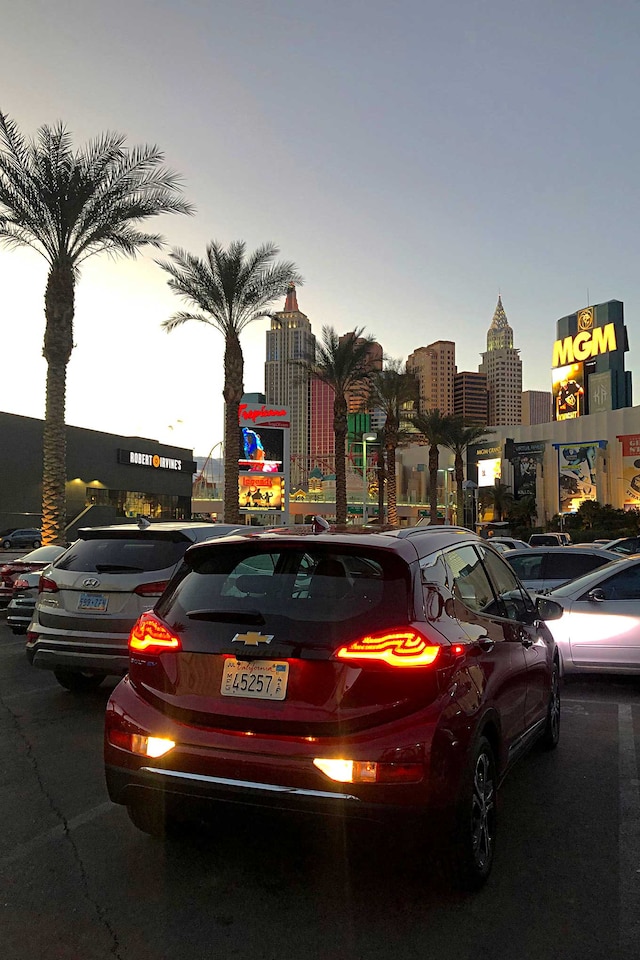 I'll leave you with some food for thought... Current electric cars are designed for folks that live in a city and don't need to commute far. They're great in traffic, great if you have a place to charge it at home and at work. If I had that one fuel- and environmentally-conscious friend or family member who needed a vehicle just to get around the neighborhood, then something like the Bolt EV might be their cup of tea. But as an enthusiast that's lived and breathed exhaust fumes for more than two decades, that lives in an apartment with no garage (I couldn't even charge an EV overnight if I wanted to), and that might have to drive to Orange County or Las Vegas at the drop of the dime, I'll have to pass. Having the Bolt EV for a long weekend made for a fun adventure, and perhaps one day, there might be an EV in the works that I'll gladly tell you to go out and drive. But for now, that day will have to wait, because if you're still a fan of cars that are fun to drive, fun to modify and pleasing to the eyes, then you and I are still on the same page. See you at the pump. 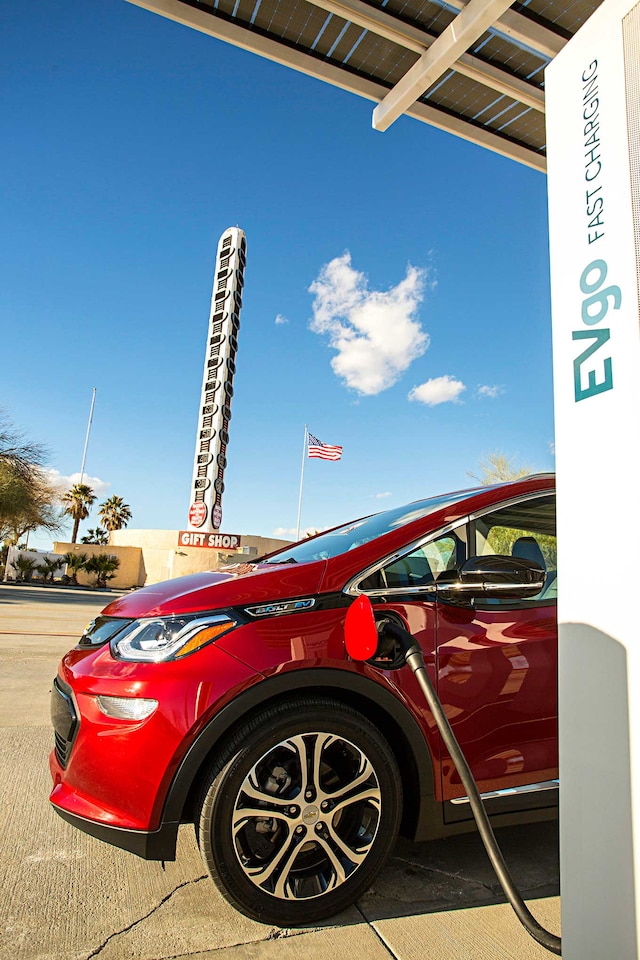