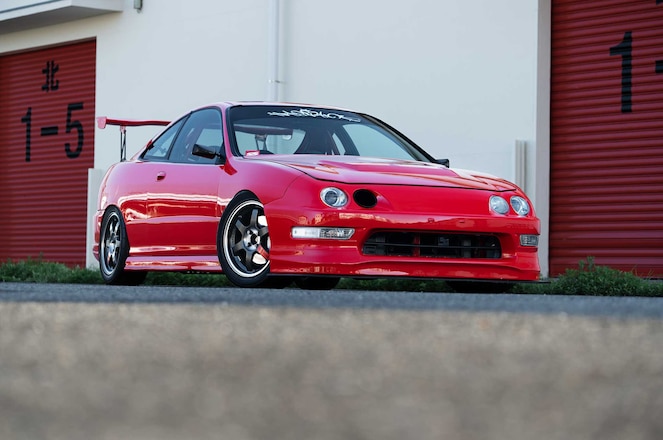 The background on the owner of this 1994 Honda Integra Si is as interesting as the build itself. While we bring you the best builds from Japan, you might forget that this region is also known for its beautiful temples and shrines with some dating back centuries. They provide a tranquil setting where people can meditate, receive blessings, and experience some of Japan's oldest traditions. Ceremonies are performed by monks who have dedicated their lives to their practice and are known to live modest lives. Masanari Matsuura is one such monk, so you can imagine our surprise when we saw him roll-up in his Type R-swapped Honda Integra.

Tried out an Evo, Came back to Hondas

Masanari's love for Honda started 12 years ago when he acquired his first four-door DB8 Integra. Inspired by some of his local Honda heavy hitters, which included members of the Lowered 2 Perfection crew, he set out to build something that would be on the same level. After thousands of dollars and months of hard work, he realized he was missing something important to him His Integra wasn't equipped with a sunroof. As trivial as that may sound, not having a sunroof left Masanari feeling unsatisfied. He moved to a Mitsubishi Lancer Evolution X, but he ended up missing the joys of having a lightweight, front-wheel drive car ever more. Eventually, in 2015 he was finally able to purchase an Integra with a sunroof in this 1994 Si model, and from there he set out to build something that could hold its own on either side of the Pacific.

One of the major features of Masanari's Integra is the U.S.-spec Acura Integra face change. Similar to JDM fans here, there are plenty of USDM-style fans in Japan that pay a premium for U.S. parts and emblems. In fact we've covered Japanese-bred events that cater to the phenomenon . Masanari did the full front-end change which included the bumper, headlights and fenders, but in place of the right high beam is a custom fiberglass intake funnel for increased airflow. 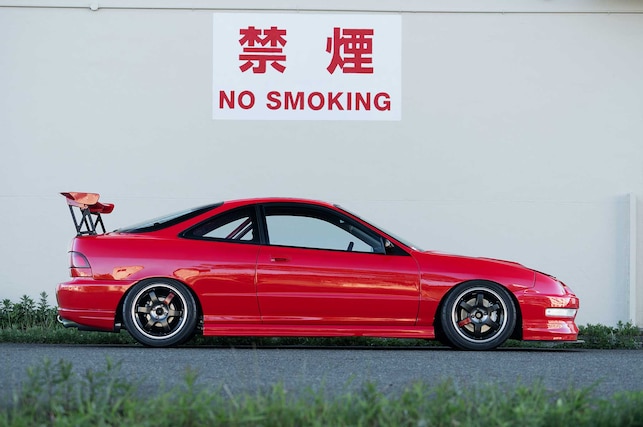 Beyond the face change, the rest of the exterior has been kept simple with only the J's Racing spoiler and Special Project P1 lip interrupting the original factory lines. A set of graphite TE37SL wheels along with a full color change to New Formula Red (borrowed from the S2000) set the color pallet for Masanari's build. Peaking from behind the wheels are a set of Spoon brake calipers which have been painted gunmetal to help them flow with the overall appearance of the DC2 Integra.

Popping the hood reveals one of the cleaner engine bays in the Japanese Honda scene with every centimeter getting smoothed out as much as possible. After aesthetics, Masanari swapped out the original engine for a Type R B18C which has had its valvecover shaved and painted black. The black theme continues through many parts including the intake manifold and intake pipe. The final ingredient that makes the engine bay look ultra-clean are the components you can't see, like the wiring harness, which has been neatly tucked out of sight. 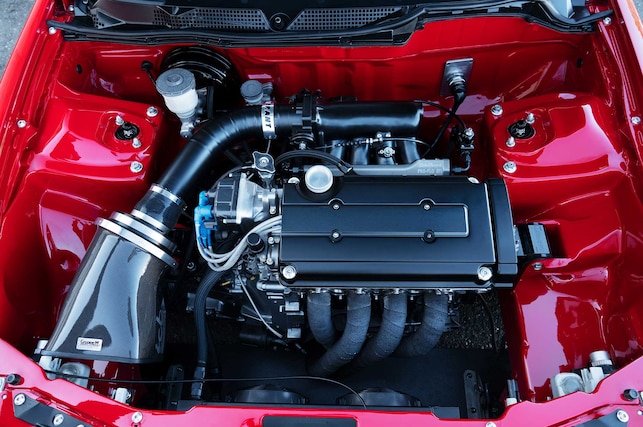 S2000 dash and other interior upgrades

As awesome as the engine bay is, the interior of Masanari's Integra is what takes his build to another level. The rear seats and paneling have all been removed but every exposed piece of metal has been coated with the same New Formula Red paint used on the body. The centerpiece, however, has to be the S2000 dash and gauge cluster conversion, which could go easily unnoticed due to its seemingly factory fitment. Alcantara fabric clads the dashboard and door panels helping tie everything together, including the ICB Motorsport bucket seats.

It's taken Masanari 12 years, a four-door Integra and an Evo to get to the finish line. He's not one to boast or brag, or even ask for favors. Instead, he had extraordinary patience and gives credit to the builders that inspired him the entire way. 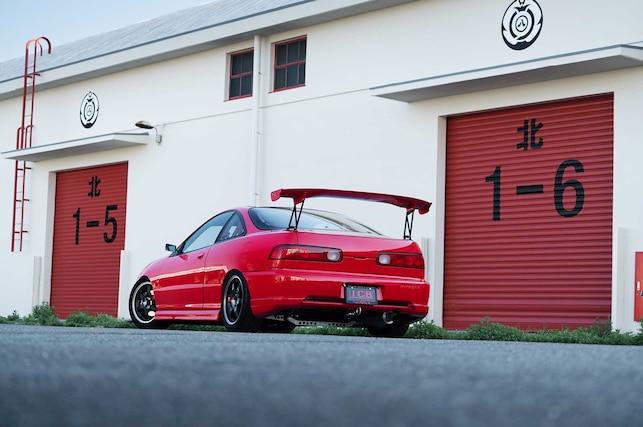