On Friday, November 27, 2020, a half dozen of our favorite MotorTrend hosts will be subjected to a series of holiday-themed automotive challenges that you, almost certainly, have never seen the like of before. But before all the Holiday Hooptie Challenge starts, let's get to know one of the lucky contestants from All Girls Garage on the MotorTrend App and Pistons & Pixiedust on YouTube and Instagram. Meet Faye Hadley.

Pistons & Pixiedust isn't just the name of Faye's YouTube Channel—it's also the name of her ASE-certified general repair shop outside of San Antonio, Texas, that specializes in Toyotas. With no mechanical or technical background to speak of, this tiny ball of energy, laughter, and tattoos may not be what you expect to see when you bring your Cressida in for a tune-up, but she delights in the process of not only fixing cars and solving mechanical problems but helping people in the process, too. 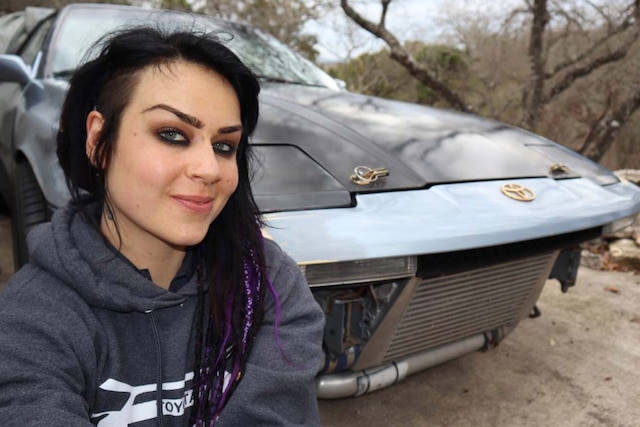 Growing up in the Northeast in a family of academics, Faye always knew she was happiest solving mechanical problems, but wanted to please her parents and do what was expected of her—go to school, get a degree, join the workforce—and she did that. In 2010, Faye graduated from Harvard with a bachelor's degree in Psychology and even worked as a therapist for a year. She didn't feel she was a right fit for the job, even though her bosses told her she was and that they wanted her to stay, but she knew it was time to pursue her undeveloped (at the time) passion for cars. Despite school loans and no mechanical skill to speak of, she packed up and move to the other side of the country to start over as a mechanic.

More A70 Supra
1991 Toyota Supra Turbo - Jazz It!
Facts and History about the Toyota Supra

"I love helping people, but as a therapist you just jump into people's lives, it was too intense for me. I want to help people; with a car, I can just jump in right away— I can change an alternator and make a check-engine light go away!" 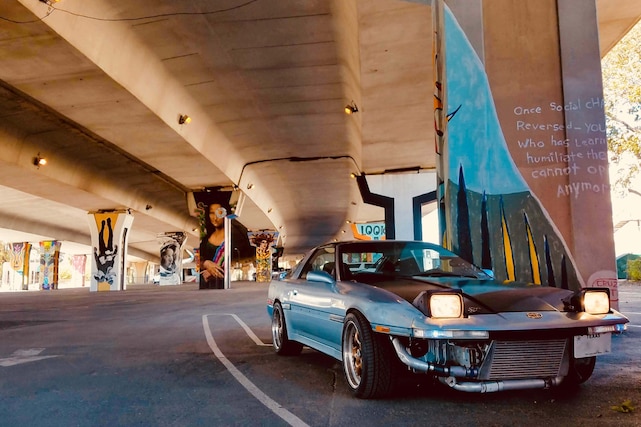 Faye is one of the few automotive enthusiasts lucky enough to already own her dream car, a 1989 Toyota Supra she is lovingly and painstakingly restoring. It started with a full mechanical rebuild and refresh, completed in 2015, but the problematic 7M-GTE stock engine never ran correctly after the rebuild. Faye, lacking confidence in her own abilities because of her limited background, refused to believe it could be the result of someone else's poor work and started tearing apart the car, trying to find where she went wrong.

Turns out, it was poor machine work on the head—work she had outsourced. But that started her on the journey of restoring her Supra, piece by piece. "I'm crazy, I spent three hours hand-sanding the fuel rail trying to get it just right. But why rush the process, why not take the time to enjoy it?"

If it's getting the scratch lines just right on a fuel rail or keeping her beat up old 4Runner running, Faye loves doing the work. She only wants to be a mechanic. The YouTube channel was started out of a desire to help women educate themselves about cars, so they don't get taken advantage of, but MotorTrend's All Girls Garage and the Holiday Hooptie Challenge came into her life.

"I don't feel like I belong on TV, don't feel like a celebrity. I never wanted to be on TV or an actress, I just wanted to go out be a mechanic and everything just fell into place. If All Girls Garage wasn't on TV, I would still do it, the celebrity status doesn't appeal to me at all. I never wanted to be a part of this world, I just want to be myself, the person who fixes your everyday Toyota." 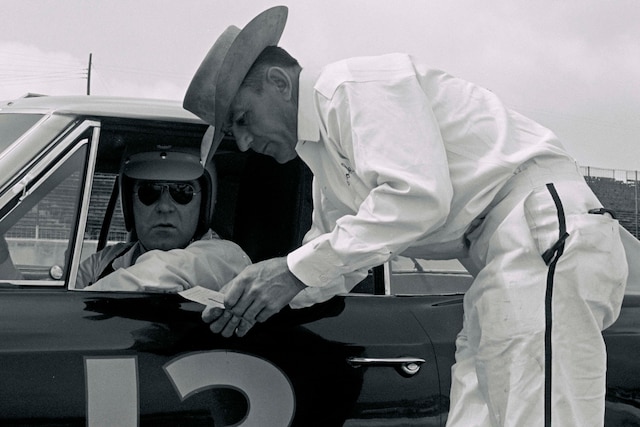 It came as a shock to us to find out Faye is an authority on Smokey Yunick. She loves Toyotas, the first car she ever wrenched on is a 1980 VW Rabbit, her first automotive love was her father's 1989 Saab 900 Turbo, so how does a NASCAR legend fit into all of that? "He was a total cool-guy innovator! He told it as it is, and he was never afraid to call out Bill France. He's my favorite!"

On her weekly Automotive Book Club videos, Faye could talk about Smokey for hours. That, and motor oil. The intricacies of motor oil are so complex that Faye and her friends need timers—chicken timers, to be exact—to keep themselves from getting stuck talking about just motor oil for hours on end.

We haven't mentioned this yet, but Faye has a thing for chickens. If she isn't wrenching or filming, she's probably in the coop with the ladies. "I just love chickens! I don't like social media, but I do like Instagram and my feed is all chicken pages. It goes chicken, chicken, chicken, Supra, chicken, something from my mom, chicken, chicken."

The fans are in on it, too. "I just started including chicken footage at the end of my YouTube videos. Not even good stuff, just random clips from them in the coop or the yard. Sometimes we stage them. But it's gotten to the point that if I don't include chicken footage in a video, it doesn't get likes! I'm thinking of doing a video of just chickens." 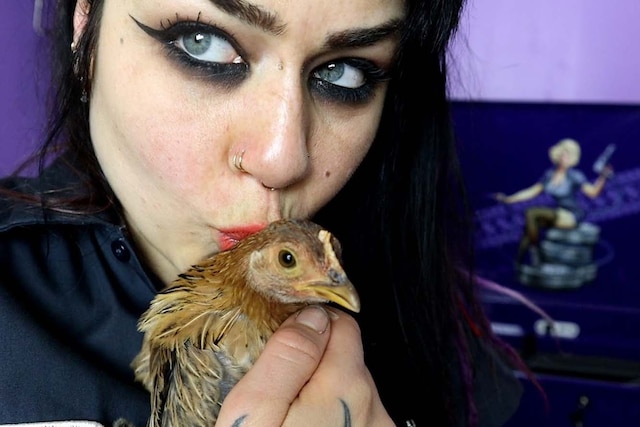 Faye found her style at the age of 15 and has never wavered. She might look like an anti-establishment punk, but deep down she just wants to make her parents proud, wrench, and live a good life with her husband and chickens. Since the beginning of her YouTube days, Faye has received all kinds of attention about her makeup and style. Some positive and some negative, Faye decided to embrace the fans and post a makeup tutorial video. "My highest rated video is, 'how to change the fluid in a sealed Toyota transmission'—really cool. But my second highest rated video is the makeup tutorial I posted as a joke to shut the haters up! It's got lots of positive comments, though, so I guess that's cool."

Check out Faye's YouTube channel, then go follow her on Instagram: @pistonsandpixiedust. And be sure to catch up on All Girls Garage on the MotorTrend App!

Getting to Know Pistons and Pixiedust’s Faye Hadley
Photo /