One action sports star takes over for another (Ken Block) as a Subaru returns to the wildly popular video series. 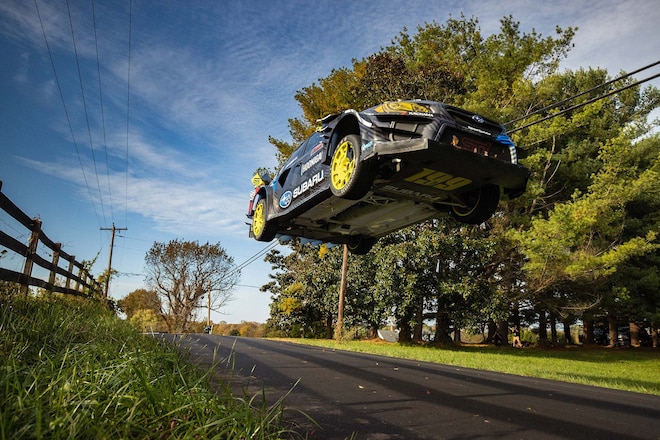 Where's Sean Evans, host of Hot Ones, when you need him? Because Travis Pastrana's latest Subaru WRX STI track toy is both hot and loaded with wings. Built by Subaru and Vermont SportsCar for Pastrana's upcoming turn at the helm of Hoonigan Racing Division's Gymkhana series, this Subie sedan trades all pretense of practicality for additional performance heat. In other words, this is the Carolina Reaper-dosed chicken wing of WRX STIs.

Admittedly, its multitude of wings—of the aerodynamic, not chicken, variety—may look a little silly, but this WRX STI puts function over form. In fact, Subaru notes the car's exposed carbon-fiber body was put to the test in the wind tunnel to ensure its wings sliced through the air like incisors through a tender piece of meat. 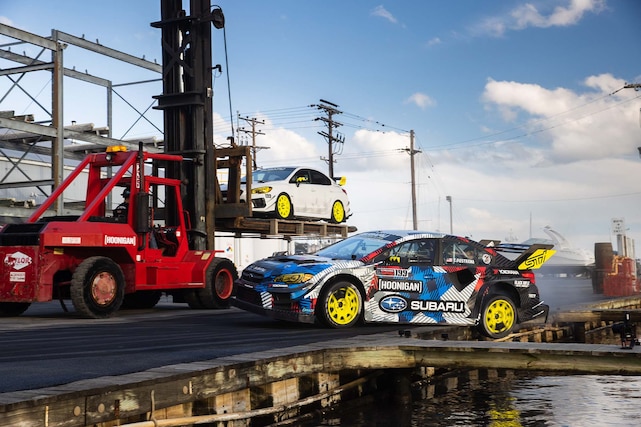 Power comes courtesy of a "custom-made Subaru boxer engine", per the Japanese automaker. With 862-hp, this STI's stable of horses is a good deal more crowded than that of a stock 2020 WRX STI's, which relies on a 310-hp turbocharged 2.5-liter flat-four.

Although it's performance-oriented in nature, Gymkhana is—at its core—a theatrical spectacle. No surprise, then, that Pastrana's STI sports a flame-spitting exhaust that exits from the hood and a long-travel suspension setup, which it utilizes to its seemingly full extent throughout the latest Gymkhana video. (Pastrana jumps it over a freaking speed boat!)

From the Editors of Super Street: This new Vermont SportsCar STI is indeed gnarlier than those Crawford Performance STi from the first Gymkhana videos, but is the driving and video any better? The short answer is yes, but unfortunately the more these productions become highly orchestrated showcases for death-defying stunts, the less they seem relatable (at least to us). Still, if you're down for viewing some uncorked hoonage, Gymkhana 2020 is the edit to watch.

Watch the video here to snag a glimpse of the shenanigans Pastrana puts this big-winged Subie through in Gymkhana 11.