As if to pour a little salt into the wound that the hottest hatch in ages, the AWD Toyota GR Yaris, is not being brought to North America, the interwebs has begun to conspire against us by teasing us with modified versions from some of the biggest tuners in the biz. In December, those sneak peeks came to fruition for HKS, as they took their bulked-up Yaris to Tsukuba Circuit and put it in the extremely capable hands of legendary driver Nobuteru Taniguchi to see what the freshly developed new addition could do. HKS debuted the exploit on YouTube a couple weeks back and it looks like they're off to a roaring start.

The subcompact Toyota is every bit the time attack contender. It's got a custom Rocket Bunny widebody and rear wing that adds a lot of presence (but Nob thinks is probably a little overkill). It rides on custom coilovers and Advan Racing R6 wheels shod in Yokohama Advan A052 stickiness. HKS also manages to squeeze a remarkable 450hp from the most powerful three-cylinder production engine in the world, taking the 1.6L lump there with turbo system upgrades, nitrous, and ECU tuning, among other mods. 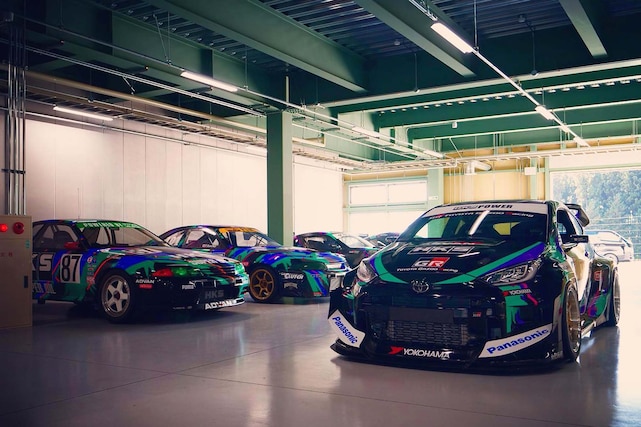 On Tsukuba's 11-turn, 1.2-mile track, Taniguchi-san clocked a 0:58.4 lap in the HKS Yaris, which is pretty quick. How quick? Well, about a year ago, Nissan reset the circuit's production car lap record with a 2020 GT-R NISMO, laying down a 0:59.3 - but that was in factory trim. Some will argue since the HKS GR Yaris is pretty much a race car it's not an apples-to-apples comparison, and we totally agree. HKS's lap is still significant, though, because the car is so new, because the power plant is so minimal, and because this is only the beginning of development on the AWD subcompact.

HKS promises more refinement and more parts engineering to come from their GR Yaris program. In the meantime, they were one of many heading to the Tokyo Auto Salon before it was called off due to COVID, so in lieu of a live exhibition they will have their so-called "Premium Salon" virtual event, which looks like it might be on their website and opens the same day as Virtual Auto Salon, on January 15th.

This is What a $100K+ Mk4 Supra Looks Like
SuperStreetOnline features