Prelude diehard modifies and boosts his 4th gen. to an incredible level through creativity and resourcefulness 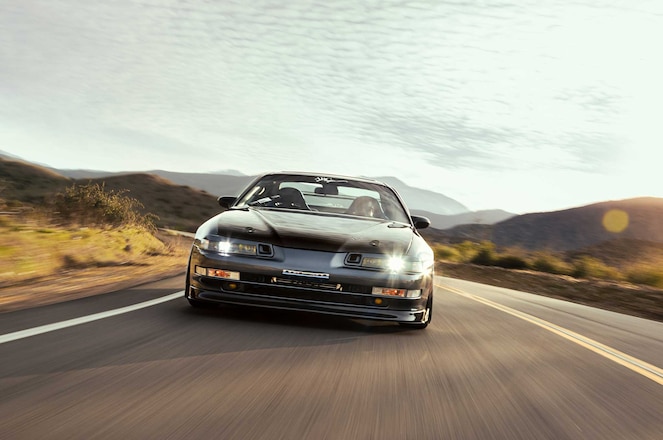 Every time I see a well-done Honda Prelude, like this 1992 Honda Prelude Si, I gotta give it up to its owner. No offense to the rest of the Honda community, but Prelude guys don't have it as easy as you. The number of parts and aftermarket support available doesn't even come close to your Civic or Integra, despite the Prelude being designed as a two-door, front-wheel-drive "sports car". The Prelude lived a noble life from 1978 to 2001, however, was discontinued as Honda shifted its two-door offerings to the DC5 RSX/Integra and Accord Coupe. For those that strove to be a little different from the rest of the cool kids in the '80s, '90s and early '00s, the Prelude was a godsend. It was the ideal capable Honda project car to standout in the scene, which is exactly what Jeremy Allgier wanted when he picked up his Si.

Jeremy's Prelude is a 4th-generation model, often recognized for its sweeping dash and electroluminescent gauges. 4th-gens came with either a 4-cylinder F-series or H-series engine pushing anywhere between 130 and 200 horsepower, depending on model and country of origin. As you can imagine, Jeremy didn't paint his masterpiece overnight. His Prelude project car took several years, multiple cars and engines, and lots of imagination. His spec list is one of the longest I've ever had to comb through; there's literally nothing on the body, chassis or engine bay left untouched, not to mention many of these parts weren't exactly designed for his car, meaning they had to be modified to fit, at the very least. It's truly an astonishing feat to what Jeremy has accomplished, and it was an extreme pleasure to link up with him one-on-one at the famous Cajon Pass Mormon Rocks in SoCal for our feature photoshoot. Maybe after reading his interview and admiring these awesome photos by our resident shooter Renz, it'll make a Prelude fan out of you, too. 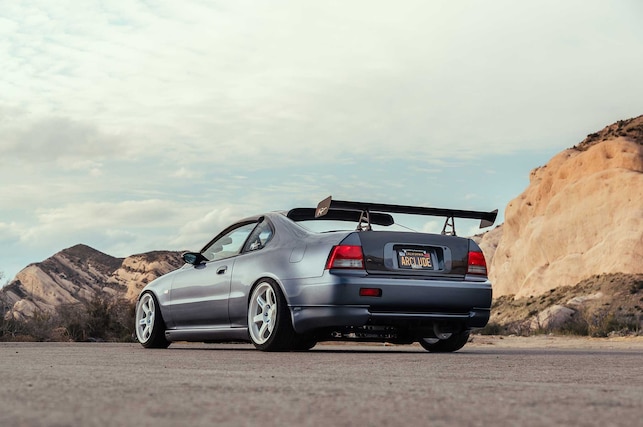 What drew you to the Prelude in the first place?

Before I acquired my current Prelude, I had a 1997 base model, the 5th generation, that was actually the car that got me into modifying and really sparked my interest in the tuner world. I just loved the way they looked! Then, it was around 2004, and car forums like Prelude Power, SoCal Prelude and NWP4life were my go-to sources for information, ideas and also parts. After discovering these communities, my interest really took off. Just seeing so many creative and original builds, it was like a wealth of knowledge for a first-time tuner.

So, what happened to that first Prelude?

I ended up wrecking it, which led to me buy the Prelude I have now. Did I ever think about getting a different Honda after wrecking my first Prelude? Nope!

Prelude for life... I like it! There's an obvious ARC theme goin' on here... What's your affinity with the brand?

First of all, I love the way ARC parts look. They have a very prestigious status to them. I got my first ARC part in 2010 and it was the Titan Shift knob, but back then, I didn't really know much about ARC. A few years passed by and I found the airbox and winglets for sale. I couldn't pass them up. It was at that point I decided to do a full ARC-themed build, much like the full Mugen or Spoon builds you commonly see with Civics and Integras. Got it! So, correct me if I'm a wrong but there was never a full catalog of ARC goodies for the fourth-gen Prelude, right?

Correct! I have to point out that ARC never made any Prelude specific parts. The airbox and winglets I had were actually from a Civic, but they didn't take much modification to work with the Prelude chassis. As I started to look around and research other ARC parts, I quickly realized that if I wanted certain things like a spark plug cover or radiator shroud, I was gonna have to take some risk and be creative, and I did just that. The spark plug cover for example is from a Nissan Silva S15—cut, trimmed and modified to fit the H-Series valve cover; something most people would never do with a rare, discontinued and expensive titanium part.

Guessing the creativity and resourcefulness didn't stop there?

It was just the beginning... Trying to fit a radiator from a Nissan 350Z was definitely a challenge and required a lot of modifications to make it work properly with the Prelude chassis, but I had to have an ARC radiator, so I didn't mind. Another part that was hard to make work was the ARC titanium strut bar from a S2000. When you supercharge a Prelude, you can't run a front strut bar due to clearance issues. Well, that didn't stop me... By only using the bar itself, I was able to make my own brackets and make it fit over the supercharger, and ultimately using hood spacers to give me that little bit of clearance I needed. Also, when I was installing my custom ARC coolant overflow tank, I decided to delete the hood latch and mount it in that location. So, I had to make a bracket for it, then install some AeroCatch flush mount pins. 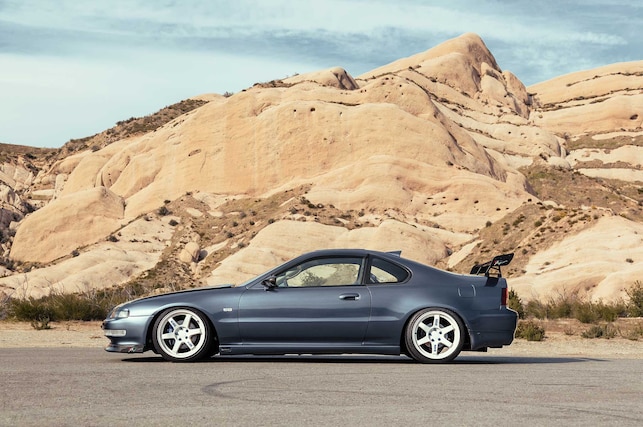 Wow! All the little modifications and custom fitting you've accomplished is quite impressive. Were there any parts that were impossible to get? Perhaps any original JDM pieces?

For Preludes in general, most JDM parts that were made like aero are long discontinued and in some cases virtually impossible to find. One of the parts I get a lot of messages about to see if it's for sale are the Vision Technica mirrors. Another thing might be the Canadian option floor mats, which I was lucky enough to acquire brand new from a dealership. Lastly, acquiring all my titanium hardware for the engine bay took a long time and a bit of research for the larger fine thread bolts Honda likes to use. I know nowadays you see titanium hardware everywhere, but when I did this over three years ago, there was barely any options or places to buy it from. It's all these small mods that make such a dramatic difference in the car's overall appearance. 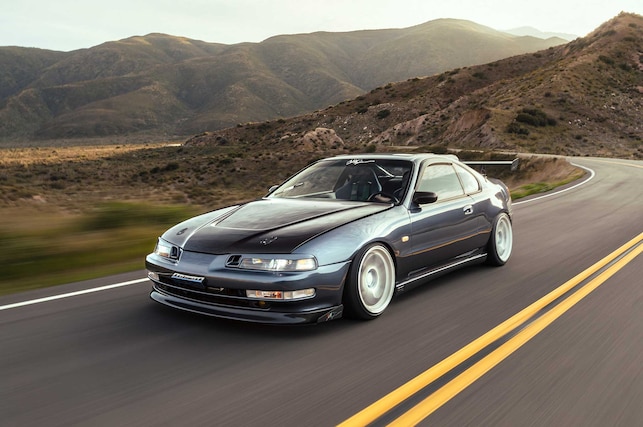 True that. You mentioned the car is supercharged but obviously the Prelude didn't come this way, nor did it have the specific engine your running, correct?

Yeah, my Prelude is an Si model so it originally had the H23A non-VTEC. The first swap I did to the car was the H22A4 from my old fifth-gen Prelude that was crashed. After a few years of daily driving the car, I decided to put it down for a complete makeover, including swapping out the H22A4 for the H23A VTEC from a JDM Accord wagon. The engine is paired with the Euro R LSD transmission T2W4, and both were purchased from HMotorsOnline.

Then you decided to go forced induction... Why supercharger over turbo?

I did consider a turbo set up at first, especially since the Jackson Racing supercharger kits for the H-Series were long discontinued and not even supported by Jackson Racing anymore because they sold the rights to Moss Motors. Then while browsing Facebook one day, I got lucky and found one local to me for a decent price. With the Jackson Racing setup, it was basically all plug-and-play and didn't require much modification to make it work. Another added bonus was that I could keep my ARC airbox which wouldn't be possible with a turbo, plus I really liked the instant torque of a supercharger!

I'm curious, was the 242whp, 219 lb-ft dyno number with water/methanol injection? Was water/meth necessary for the Jackson Racing setup?

Yes. It wasn't exactly necessary, but extremely beneficial, since the Jacking Racing kits do suffer from massive heat soaking, which is horrible for the air intake temperatures. The water/methanol helps to cool the air coming in. It's a progressive spray and only works when in boost via a controller. On my setup it starts spraying at 2psi and sprays more the higher the boost goes up, in my case usually tops off around 8psi. 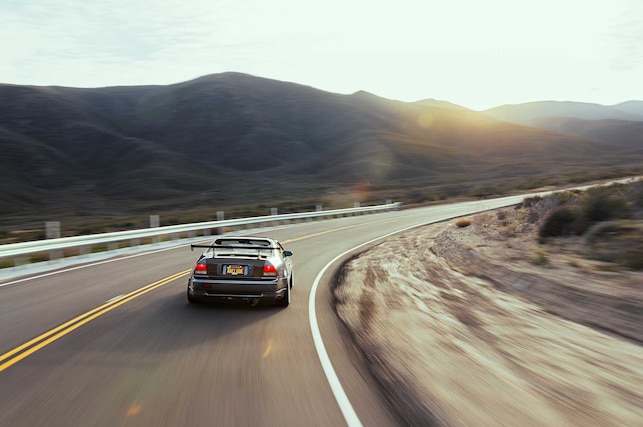 For all the guys possibly thinking about picking up a cheap, used Prelude, what would you tell them about the aftermarket support and community out there?

I wouldn't say there's strong aftermarket support but there are aftermarket parts available for the common things like suspension or engine modification, but nothing compared to Civics, S2000s or Integras. As far as the Prelude community goes, it's still pretty strong, mostly in Facebook groups like BB Alliance TB or Prelude Nation. I've been part of the Prelude community since 2004, it's not as large as it used to be but definitely still strong. Some people just love these big heavy cars. Haha!

What's next for the car?

There's two things I would love to change, the first is the wheel and tire setup. I miss having beefy tires and will probably go back to a 16" wheel to make it happen. Still deciding what wheels to get though... The second thing I want to change are the front seats. I want a fixed position seat instead of the recliners. I was also hoping to add an electric power steering pump from a MR2. After those mods are done, I would love to take the car on the track and have some fun with it, maybe try out VTEC Club someday.

Our how about our own FF Battle? Hint, hint... 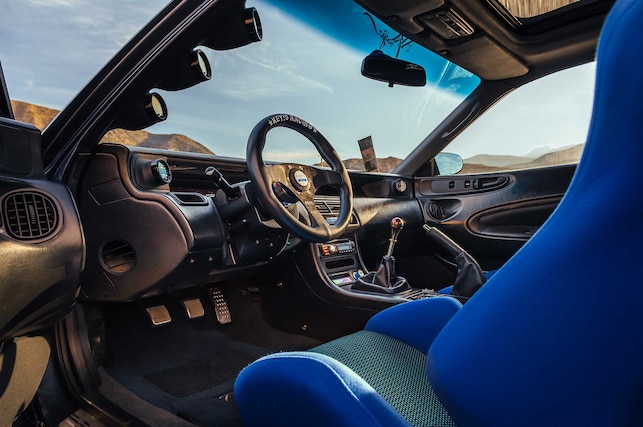 Famous Fourth-Gen Preludes you can't miss:
No other Prelude in the world has gone to the extreme like Big Mike, who graced the cover our Honda Issue in 2017.
Sadly this car isn't around anymore, but at the time, Cody Hudson's Bronze Prelude from South Carolina was a star in the Honda community.