Over the course of 2 decades, the Prelude solidified itself as a high-tech flagship sports coupe with great driving dynamics and a suite of advanced performance technology. 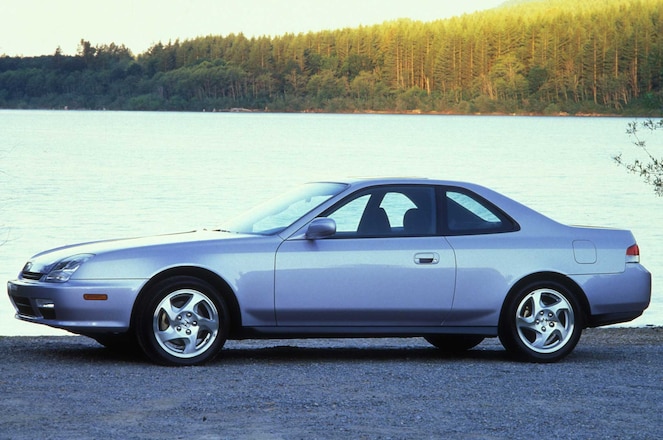 Edited by Rodrez 4/22: It was Honda's auspicious, sporty offering that spanned five model generations over the course of 20-some years and surprisingly never garnered the same sort of following the Civic and Integra received. Perhaps it was the more luxurious add-ons and creature comforts that in turn boosted the price tag well above Hondas more budget-friendly options, but for one reason or another, even years after its demise and plenty of used versions available at a much lower price point, the majority of Honda enthusiasts simply weren't tackling Prelude builds.

When you do in fact come across a Prelude owner, there's a very good chance they're vehemently dedicated to the nameplate. Few groups carry the sort of passion and camaraderie that Prelude owners do and we've spotted some incredibly well-done builds over the years. Here's a rundown of the history of the Prelude that our sister brand Automobile put together.

Arguably one of the least remembered of the pantheon of legendary 1980s and 1990s Japanese sport compacts, the Honda Prelude remains one of the more fascinating cars in Honda's history. Explaining its place in the Japanese automaker's lineup is a bit confusing, though it's best considered Honda's response to the popular Toyota Celica back in the late 1970s. Over the course of two decades, the Prelude solidified itself as a high-tech flagship sports coupe with impeccable driving dynamics and a suite of advanced performance technology. Essentially, the Prelude was the most complex, state-of-the-art Honda short of the NSX. 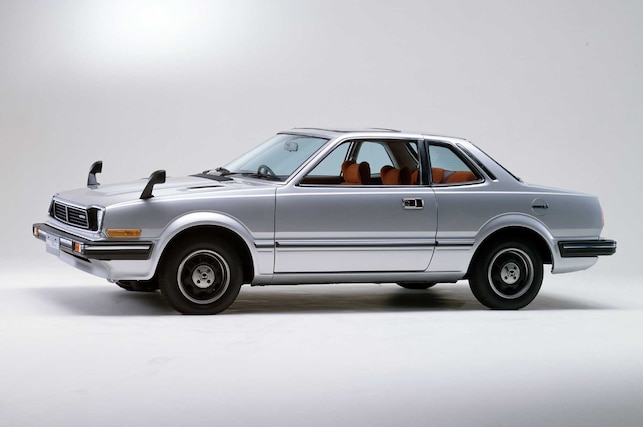 It didn't start out that way, however. Launched for the 1978 model year, the kinda boxy, kinda svelte first-gen Prelude took the suspension, brakes, and engine from the contemporary Accord and shoved them into a smaller bespoke chassis that cut 2.4 inches from the wheelbase compared to the larger sedan.

Just 72 hp and 94 lb-ft of torque came from the Accord-sourced 1.7-liter SOHC iron-block four-cylinder, managed by either a five-speed manual transmission or a two-speed automatic transmission that was later replaced with a three-speed auto. Performance was average for the era, with 0-60 mph taking around 19 seconds.

Despite an excellent name and Honda's then-burgeoning reputation for excellent little cars, the first-gen Prelude didn't sell all that well, owing to a relatively high price tag and a less-than-stellar driving experience that wasn't quite up to snuff with the sporty compact image Honda was pushing. 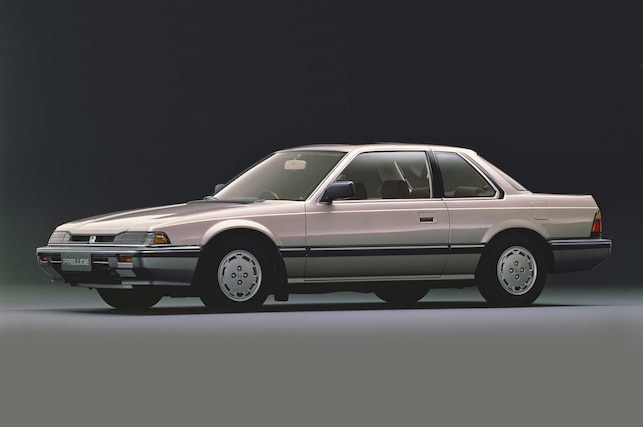 The second-generation Prelude landed on our shores in 1983 and began in earnest the saga of sharp-handling, cutting-edge, high-tech coupes associated with the Prelude name. Stylistically, the new Prelude retained the same long hood/short decklid layout, though it was sleeker and more angular than the outgoing generation. This new compact layout necessitated a suspension rework, so a new double wishbone design was implemented for the front, complemented by an independent MacPherson strut design in the rear, lending impressive handling and ride characteristics.

Power initially came from a 1.8-liter four-cylinder capable of 100 hp, but the later 1986-1987 Prelude 2.0 Si added the larger 2.0-liter four-cylinder good for 110 hp and 114 lb-ft of torque. Compared to the first-gen Prelude, performance improved significantly, with the second-generation car capable of 0-60 mph somewhere in the 9-second range. 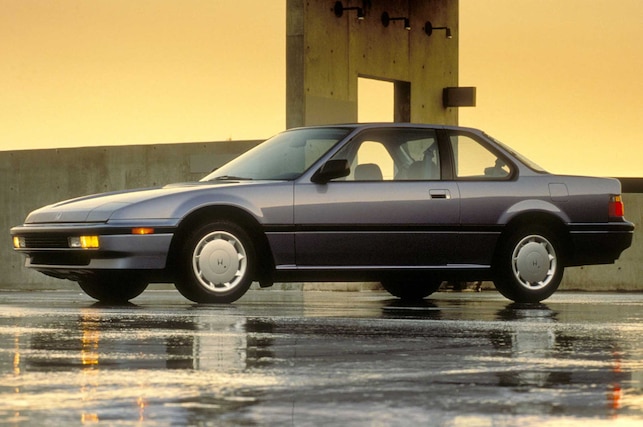 The third-generation Prelude (BA4, BA5 chassis) is where things really pick up technologically. It debuted for the 1988 model year with then-revolutionary four-wheel-steering, beating other Japanese manufacturers' nascent 4WS systems to the punch. Whereas the forthcoming 4WS systems from Mitsubishi and Mazda functioned with solenoids and programming to change the angle of the rear wheels, the Prelude's rear-steer was purely mechanical, lending a bit more reliability to the complex system and bringing cost down.

Honda's somewhat unknown B20A engine series (it's not the B20 you're thinking of) powers the entire range, with the base B20A3 2.0-liter SOHC four-cylinder pushing 109 hp and 111 lb-ft of torque through either a four-speed automatic or five-speed manual transmission. The hotter 2.0 Si incorporated a 2.0-liter DOHC four-cylinder with 135 hp and 127 lb-ft of torque, later bumped to 2.1-liters in the mid-cycle refresh in 1990 thru 1991, boosting power to 140 hp and 135 lb-ft of torque. 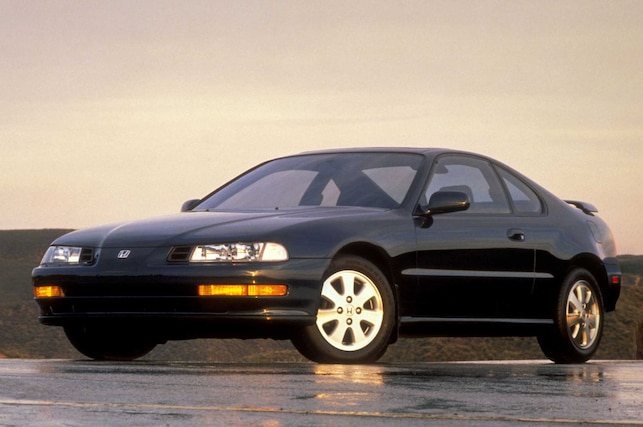 Visually, the curvaceous fourth-generation Prelude (BA8, BA9, BB1, BB2, BB4 chassis) that arrived in 1991 was the most dramatic departure from the angular origami designs of prior iterations. Still, with optional rear-wheel-steering and a new potent VTEC engine choice, this was the most technologically advanced, well-equipped, and, depending on how you spec it, the highest performance Honda then available short of the Acura NSX. Even without VTEC, the Prelude was significantly more powerful throughout its rpm range.

The 2.2-liter F22A1 four-cylinder in the Prelude S offered up 135 hp and 137 lb-ft. In the USDM Prelude Si and 1995-only SE, the 2.3-liter H23A1 four-cylinder is rated at 160 hp and 156 lb-ft of torque. The 1993-1996 Prelude VTEC was one of the earliest examples of Honda's famed variable valve timing technology available in the U.S., and pushed the H22A1 2.2-liter four-cylinder to an impressive 187 hp and 153 lb-ft of torque, enough for a 0-60 mph run of around seven seconds—commendable scoot for a naturally aspirated front-wheel-drive sports coupe. 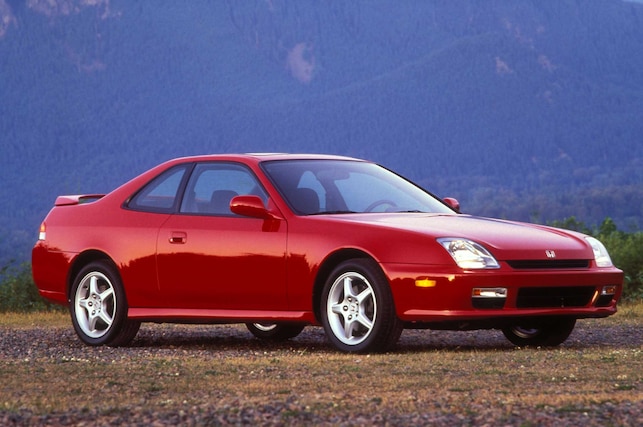 The fifth and final generation Prelude (BB5 to BB8 chassis) arrived in 1997, bringing with it a striking design incorporating both the straight-edge angles of the first three generations and the softer corners of the fourth. Engine choices were reduced to the singular 2.2-liter H22A4 four-cylinder, spitting out 195 hp and 156 lb-ft of torque through either a four-speed automatic or five-speed manual transmission.

Gone was the optional rear-wheel steering, but keen drivers turned to the new Type SH (for Super Handling) for their technological kick-in-the-pants. The SH incorporated Honda's complex Active Torque Transfer System (ATTS) that could be considered a predecessor to Acura's ubiquitous SH-AWD system. Essentially an early application of active torque vectoring, the heavy, costly, and somewhat unreliable ATTS system proved unpopular, and few Type SHs left the factory by the end of the prelude in 2001.

Since the introduction of the second-generation Prelude to the U.S. market in 1983, it has remained the go-to for the mature buyer who wanted something engaging to wheel on a daily basis while also distancing themselves from the "boy racer" imagery often associated with Honda's smaller sport compacts.

Despite fantastic popularity for the second generation and reasonable success with the first and third generation Preludes, Honda's grown-up sports coupe has languished in relative obscurity when compared with other Japanese sport coupes of the same vintage; even the smaller Acura Integra found a strong following amongst the tuner crowd.

That's not for a lack of quality. Barring the first-generation, every iteration of Prelude was contemporaneously hailed as one of the sharpest-driving affordable cars of its day, occasionally beating out bigger, badder, more expensive machinery in the slalom.

Luckily, if you can find a clean, unmolested Prelude of any generation, it's likely going to be one of the most reliable and trouble-free cars you'll ever own, full stop. That being said, later generations of cars with the four-wheel-steer and ATTS could potentially add unwanted complexity and hard-to-replace componentry to the mix. Expect to pay more than you would hope for replacement parts for the special hardware.

Getting a pre-purchase inspection from a trusted mechanic is key. Ask about maintenance history, especially for interval items like timing belts and water pumps. Look for rust, leaks, and torn axle boots. Transmissions are usually the weakest link on Hondas, so listen for strange noises and notchy shifts.

You have questions about the Honda Prelude. Honda Tuning has answers. Here are the answers to some of the most frequently asked Prelude queries

Is the Honda Prelude a good car?

If you're content with at least 20-year old design and technology, absolutely! Every generation of Prelude was produced during a time when Honda was at the tip-top of its game, and it showed in production quality, engineering, and reliability. If you can find a clean Prelude, drive it until its wheels fall off.

Why did Honda stop making the Prelude?

Will the Honda Prelude come back?

A rebirth of the Prelude is very unlikely at this point, especially as Honda begins to focus more resources and attention onto Acura. Still, if it's a fast, high-tech Honda you're after, either the current Civic Type R or Honda Accord Sport should fit the bill nicely. Also, if you're able to spend a bit more, the upcoming Acura Type S sports sedan/coupe will likely be one of Honda/Acura's finest-driving cars to date.

Is the Honda Prelude a sports car?

While there could be a case made for the smaller, nimbler Acura Integra, the Prelude is decidedly not a sports car. Instead, the label of sports coupe is more apt. 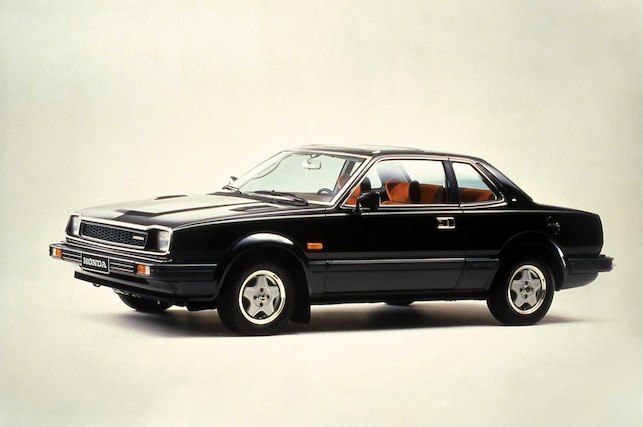 Honda Tuning
2021 Acura TLX And A Return To Form With Type S Performance
With the Type S making its return in a major way with the 2021 TLX, we're hoping this is just the beginning of things to come for Honda's performance off shoot.
Rodrez – May 29, 2020

Honda Tuning
Cruisin' for a Bruisin': Driving the 1969 Toyota Corolla IS F V-8
From the outside, this looks to be a pristine vintage Corolla. But a closer look reveals so much more.
Miguel Cortina – May 28, 2020