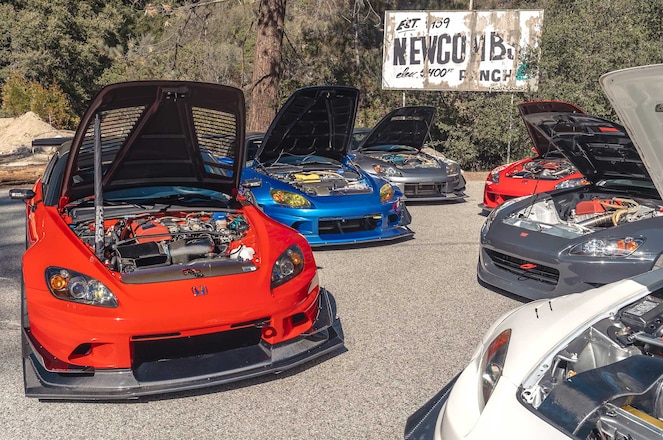 Even after 20 years, the Honda S2000 is just one of those cars that we still can't get enough of. The two-seater roadster has aged like fine wine and looks as sporty on the road today as it did in 2000. Its handling characteristics beg for canyon driving and weekend track days; in fact, at any given track day across America, you're likely to find a modified S2000 throwing down surprisingly quick lap times despite its naturally aspirated powertrain. Speaking of which, the 2.0 and 2.2-liter four cylinder is often underrated by power freaks, with the F20C pushing 237hp and 153 lb-ft while the AP2's F22C received a bump in torque to 162 lb-ft. Modest on paper but the car truly comes alive between 6,000 and 9,000rpm and coupled with great handling, makes it a total package that any driving enthusiast can appreciate.

Today, you can find a used one anywhere between $9,000 and $20,000 depending on its year and condition, but it's the S2000 community that still makes headlines. We brought together six S2000 owners from Southern California to showcase what some of the more experienced guys are doing today using a combination of high-quality parts and without forced induction. 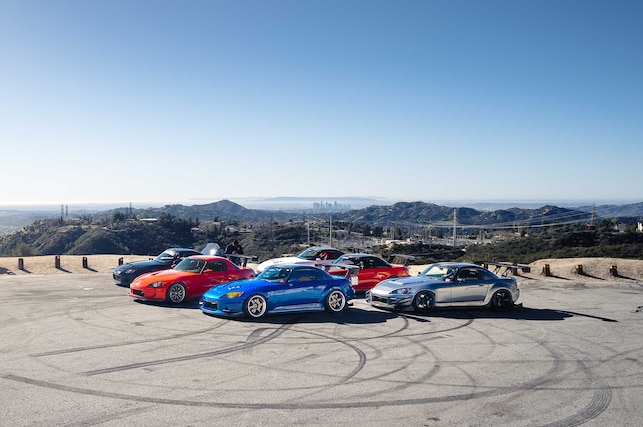 It's something I enjoyed almost every other weekend when I was in high school and college—getting together with a close group of friends and going for a drive. It feels like today we're only hitting up the big car shows and meets, so I decided to ring my buddy Hector Levario to get a group of S2000 owners together for a cruise up one of California's most iconic roads, Angeles Crest Highway.

It was a surreal day to see and listen to six passionate S2000 owners come together and enjoy each other's company and their project cars. What I could appreciate is that these fellas weren't your typical car show whores looking for the next trophy, nor were they overly confident track junkies. Instead, they're the down to earth guys that simply enjoy driving their S2000s on the weekends, while also having been in the game long enough to comprehend the "do's and don'ts" of modifying an S2000. High-quality and JDM parts are seen throughout each build, such as track-proven Voltex aero, J's Racing components and Spoon bolt-ons, as well as RAYS and Advan wheels.

Organizing these cruises is something I want to do more as we continue on into 2020. We all need a break from the typical car show environments and also to enjoy the fruits of our project cars, especially if they're something as fun-to-drive and special as Honda's iconic S2000.