Yeah, It's A Hybrid, But Not That Kind Of Hybrid 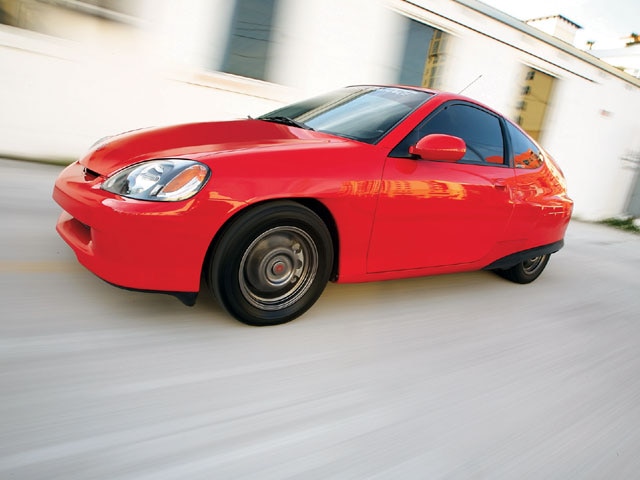 The tree huggers don't care much for John Wilson. Of course, we need to go back a bit to tell you why. It all began with the hybrid, but not the kind of hybrid you care about. You see, Honda was the first automaker to offer a mass-produced, gas-electric homologation in the U.S.-they called it the Insight. It was good for 70 mpg, was considered the cleanest car in America, and was adorned with all sorts of environmentally important acronyms like ULEV and SULEV from the California Air Resource Board, the big daddy of vehicle emissions standards. Yes, for Earth lovers life was looking good. The Prius was just around the corner and the eight-cylinder, gas guzzling lives as SUVs knew them were about to change. John also found hope in the Insight but for entirely different reasons-reasons that, quite frankly, pissed off the naturalists. You see, John found it altogether proper to yank out all three cylinders of gas miserliness and swap in a big fat K20A Type R.

It's not entirely John's fault though. Honda hasn't produced a chassis this light since the first-gen CRX, and the K20A, it's just begging to be swapped into something. The temptation was there but John was one of the few to actually take a liking to the Insight's body lines-face it: It was no Accord when it came to sales. He liked its futuristic look and the fact that it was about as close as anybody was going to get to a CRX replacement anytime soon. So he purchased one. Fortunately, he had the foresight to recognize the Insight's underpowered state and made engine swapping arrangements long before bringing one home. The plan was simple: It had to be red, it had to have A/C and power steering, and it had to be "a real car."

With gas prices being the way they were, hybrids like the Insight weren't exactly cheap or easy to find. Nevertheless, John found one nearly 100 miles away from his Tampa-based shop, LHT Performance, that was in fairly good condition and, best of all, was red. As you'd expect, getting the K-series to fit within the Insight's aluminum framerails was no picnic. Hasport has yet to develop such a kit for the other two Insight enthusiasts and space is tight. John and the crew from LHT considered ground clearance, hood fitment, and axle geometry all before fabbing up a set of engine and transmission brackets. In keeping with the whole "real car" theme, Honda engine mounts were used and the brackets were constructed of aluminum, similar to the chassis. A custom subframe was also built to account for the K's and the six-speed's added weight. John used 3/8-inch thick aluminum plate that ties into the strut towers, and inner fenders for that extra bit of rigidity. Sure, the engine was in at this point but the work had just begun.

The suspension, steering components, and axles posed problems of their own. Finding the correct size struts with the appropriate spring rates and pillow ball mounts, all the while leaving the steering arm intact, was difficult so John combined two TEIN kits into one. The configuration worked, in part due to the '05 Civic Si spindles he bolted up. With the suspension complete and the hubs mounted, John was able to take the appropriate measurements and order up a set of Drive Shaft Shop Stage 2 axles-three days later they were in the car.

Engine swaps and Insights aren't exactly commonplace. As such, K20A wiring conversions aren't readily available. It's a good thing John is friends with Steve McCleskey, who spent 19 evenings and a few weekends making it happen. When John initially approached Steve about the conversion his friend told him: "You make it fit, I can wire it up." Such displays of confidence generally mean the guy's too proud to admit he doesn't know what the heck he's doing or he really does know what the heck he's doing. Steve knew what he was doing. He fitted a Hondata K-Pro, which brought the K to life, along with a fully functioning S2000 gauge cluster, working climate control systems, and an electric power steering system that, well, all work. The engine fired up and thus, the K-Sight was born. Soon after, the boys from LHT tore it all down. That's right, they stripped the engine bay in preparation for a freshly sprayed underhood compartment. No sooner did the paint lose its tackiness than did John reinstall the K20A complete with a custom 23/4-inch exhaust header paired up with an LHT twin-loop muffler. A Clutch Masters clutch and flywheel combo was also thrown in for good measure. With nothing more than an intake and John's fingers massaging the K-Pro, the little K-Sight laid down a healthy 217 whp. Following the tune-up, John had a few exterior blemishes touched up and, just four days after its dyno pulls, made the 650-mile trek to NOPI Nationals where he claimed a First Place title. How's that for "a real car?"

As you might expect, John tells us that the K-Sight is a blast to drive. Why wouldn't it be-less than 2,000 pounds of chassis and more than 200 hp will do that. The A/C is cold and the heater is hot. The ABS does what it's supposed to do as does the power steering and everything else Honda intended for that matter. It even manages a fairly conservative 48 mpg during those times John can manage to stay off of that throttle, which we'd imagine isn't all too often seeing as how laying rubber in Third gear is so easy. The tree huggers ought to love that too.

Most played in the ipod:
Don't have one

Mac Or PC:
Soon to be Mac 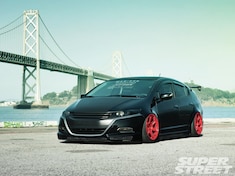 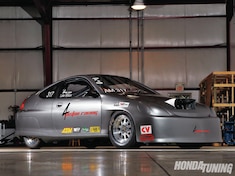 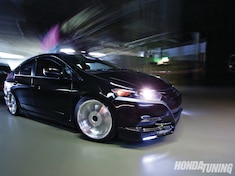 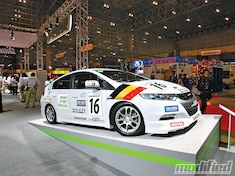 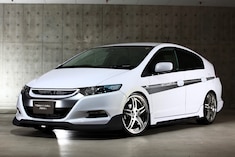 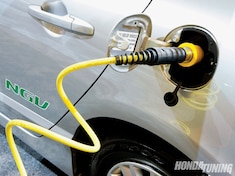 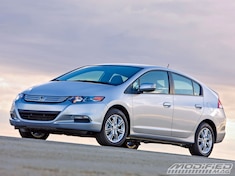