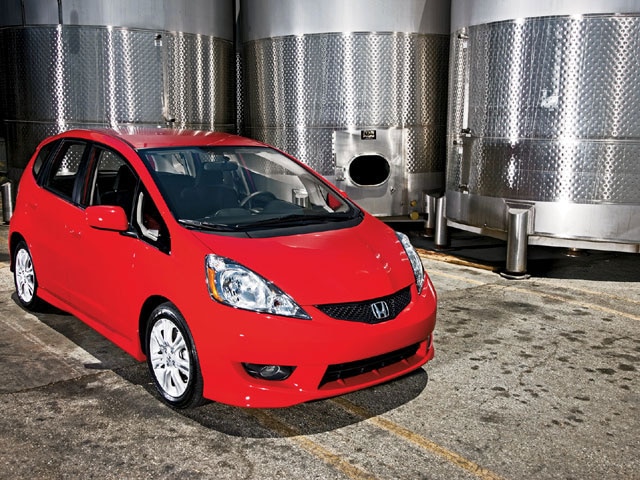 I finally drove the new, '09 Honda Fit the other day. It's been awhile since we first saw it at last year's Tokyo Motor Show and all I can say is: I want one. Not because it's as fast as anything I've driven before-because it isn't-or that it handles anything like my NSX-because it doesn't-but because it's the closest thing out there that still reminds me of my old, fourth-generation Civic Si hatchback. Making an already-popular car like the Fit better isn't easy. The all-new TSX isn't exactly being widely accepted as a more-fun-to-drive version and, really, you couldn't say the same thing about the '01 Civic when it was first introduced either. Not the Fit though. That's because it really is better, especially if you like small Hondas, or at least once did. As you'd expect, the new Fit is slightly larger than the first-gen model but that's OK. It has a lot more going for it than its size and weight and, comparably, it's the most compact new Honda we can get our hands on at the moment.

The '09 Fit's 1.5L drivetrain is similar to the old model's but it has a slightly more impressive torque curve and more horsepower across the board due to a smarter i-VTEC system, 4 percent bigger intake valves, reshaped piston crowns, and a closer ratio five-speed gearbox. The numbers check in at 117 hp and 106 lb-ft of torque. The final drive ratio measures in at a numerically higher 4.62:1 as opposed to the old model's 4.29:1-the difference is obvious and is partially responsible for the torque shift and improved fuel economy. First, Third, Fourth, and Fifth are also shorter, but don't expect to be getting any cases of whiplash from an overanxious right foot. Honda also reengineered the engine's coolant passages that cool down combustion, meaning the higher compression ratio won't result in detonation. All in all, some really smart things were done to the new Fit. Yeah, all of this re-engineering and attention to detail sounds impressive but, honestly, a K swap would suit the new Fit just fine and, judging by its similar chassis constraints when compared to the old model, the swap looks promising. Changes aren't restricted to underhood; the suspension is different too. Unfortunately the rear still uses a silly torsion beam setup instead of a fully independent suspension like most every other Honda I've ever owned had, including my old Civic, but that's OK. Up front, the Fit has a MacPherson strut assembly, which affords a ton of space and is partially what contributes to the enormous amount of room inside. Although I normally prefer the double-wishbone front suspension Honda made famous, the Fit's front strut suspension is surprisingly comfortable, yet solid feeling. Like the old model, drum brakes are standard out back but the '09 comes with larger, 10.3-inch discs up front-not that this Fit is so much quicker feeling that it needs bigger brakes, but they're there regardless and they're good enough to out-stop all of its competitors.

The Fit really is the closest thing Honda has to what the Civic once was: a small, affordable car with big potential. Every year the Civic gets bigger and bigger. The '06-'09 chassis dwarfs older Accords and Preludes, two cars that were always considered big brothers to the Civic. It's understandable though. Advanced electronics like the Fit's optional GPS system, traction control, paddle-shifted automatic trans if you want it, and a drive-by-wire system as well as everything that goes into making cars safer than they were 20 years ago, like ABS and a bunch of airbags all contribute to their portliness. Nobody's wondering why cars have grown in size over the last couple of decades, but that doesn't mean we don't miss how they once were. Ah, the days when we only had one or two airbags, if any, real throttle cables, a map book under our seats, manual roll-up windows, and power steering that was as good as however thick our arms were. Not that we miss any of those things. Go for a 500-mile trip in the '09 Fit and then in an EF-we're pretty sure which of the two you'll take your next road trip in.- Aaron BonkContact: editorial@hondatuningmagazine.com 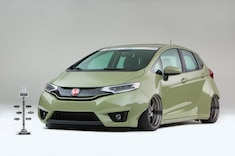 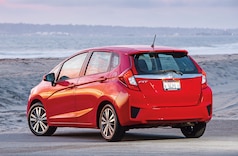 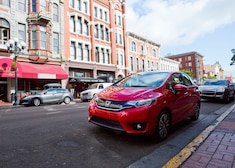 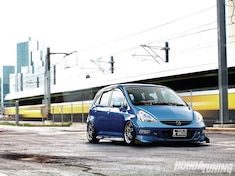