Piecing together Honda's history with a pair of 60s-era classics 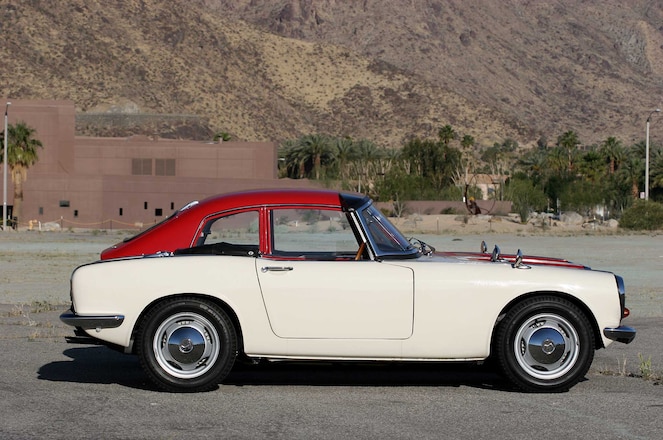 Edited 3/24/2020 by Rodrez: In 2009 I spotted this S600 duo at the annual Japanese Classic Car Show. At that time, the Honda section of the event was tiny, and it wasn't difficult to zero in on these two incredible restorations. I'd seen S600 Roadsters before, but never encountered a Coupe in person, and after asking around a little bit, I found that both cars were owned by the same person. Chatting for a bit, we exchanged contact info and not long after I made the drive to Palm Springs to capture both cars for this feature. Enjoy!

As most Honda enthusiasts know, in 1999 Honda introduced the S2000 convertible in celebration of their 50th anniversary. The sporty roadster created worldwide buzz, with many calling it an instant classic. What many don't know is that Honda had already created a topless roadster...35 years earlier.

In the late 50s it was the Japanese government that dictated what companies would be allowed to produce cars, as well as what types of cars they'd be able to build. Rather than compete with current automaker's model types, Soichiro Honda set out to create a car that would inspire a new demand for something different. His theory would prove invaluable as it caused quite a stir when the S360 was finally introduced to Japanese dealers. Usually reserved for emergency vehicles, the new offering was unveiled in a bright red hue that demanded attention. Though the S360 was never put into production, its predecessor, the S500 was available for purchase in Japan. In 1964, the S600 Roadster went into full production and was made available in Europe, Australia, and Canada. As with many great Hondas, the U.S. market would never get the option. 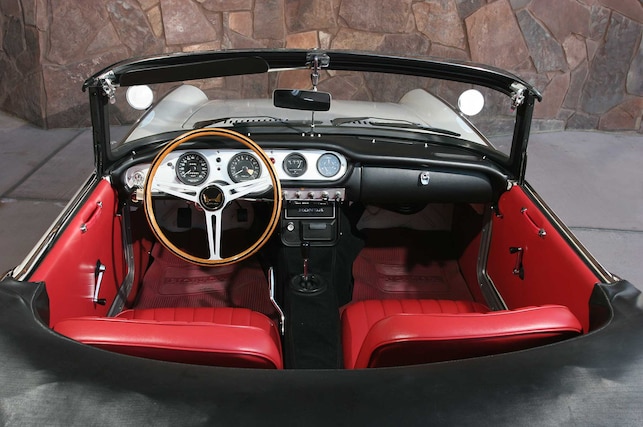 Scott King of Palm Springs, Ca has always been a Honda fan. In fact, his '72 N600 was one of the first Honda's ever available in the U.S. "When I was just a kid, my older brother's friend Greg spent a dollar on a raffle ticket and was the lucky winner of a brand new yellow N600. I was always fascinated by that car and continue to be to this day" he recalls. In May of 1995, King received word from a friend that a 1965 S600 in dire need of a full restoration was calling his name from Pennsylvania. Most likely a Canadian model due to the left-hand drive configuration, the car was quickly purchased and it, along with all of its miscellaneous pieces strewn about in various sized boxes, was shipped to a friend's shop in New York. After some slight adjustments, the car fired up on the first try, even after being stored for over fourteen years. The car was then shipped home to California where it would spend the next four years being painstakingly brought back to showroom condition. Parts had to be sourced through Honda gurus and new-found "S" friends that might offer a piece here or a part there. 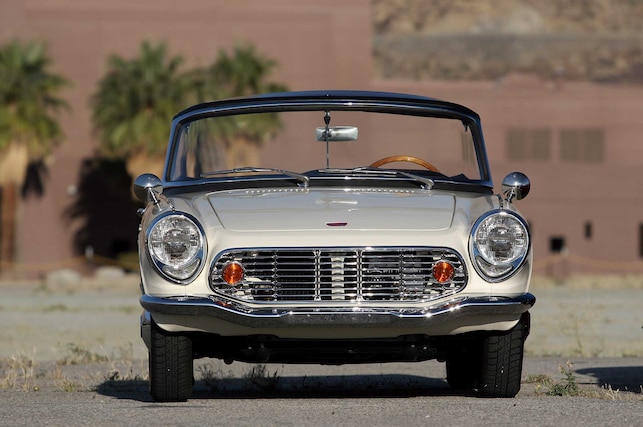 In order to get into every nook and cranny, the chassis was separated from the body for the rebuild. Koni adjustable shocks replaced the outdated stockers, and while the body received a fresh white coat, the entire frame was expertly powder coated. With the exterior up to par, attention was turned toward the daunting task of completing the interior. A previous owner had re-covered most of the cabin and King felt that a red interior was the only option for this classic white Honda. Right-hand drive S600 dashes are scarce, but left-hand drive S600 dashes are essentially non-existent. A specialist was hired to recreate the original dash and preserve the cars authentic feel.

In late 2002, after years of searching, waiting, and countless hours of wrenching, King's '65 S600 was finally complete and ready for the road. He adds "It's really hard to believe that this was once just a rusty heap. I had a lot of fun and frustration restoring the car, made a lot of new friends and learned many new things. But to be honest, I wouldn't say I was itching to start a similar project any time soon. " Famous last words...

In 1965, based on the S600 Roadster platform, Honda introduced a very limited number of S600 Coupes. At only 1,800 units ever produced, the coupe is extremely hard to track down. With one successful S restoration already under his belt, King gave in to temptation when he ran across an auction on eBay. He had won the highest bidder award, but still hadn't met the minimum reserve. He contacted the seller, who actually turned out to be owner's son-in-law, and was surprised to find out what the asking price was. "He told me the owner was an 80-year-old Japanese man whose friends back home had stated the car was worth over $20,000! The car was valuable, but not worth that price, especially in its condition" he adds. Its condition was in fact less than stellar. 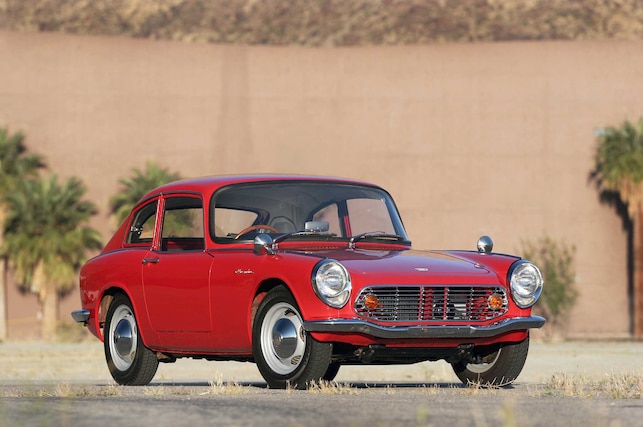 A victim of vandalism, the coupe sat still in storage ever since the late 60's. After some hard bargaining, the seller finally decided to let it go for a much more reasonable price. With an itch to build and a head full of S600 knowledge, King began the process of rehabilitating the once defeated chassis. Once the car was brought home and closely inspected, a little history began to unfold. "You could see the outline of "Internacional Goodwill" painted across the hood. There's also a sticker on the back window from a Cantina in Durango, Mexico. The original owner says the car was brought to Mexico in 1965 by a Honda Motor Company test driver for evaluation in the Americas. " Though the vandalism and old age had taken a toll on the forty-something year old body, King once again enlisted the help of GTA Auto body in Orange, CA to straighten things out. Miraculously, the badly dented roof and front end were fully restored, and the coupe was smothered in a fresh coat of Honda R-2, aka "Scarlet." After four years of hunting down parts, the coupe was finally completed, and King became the proud owner of his second S600 classic.

Although both cars are very rare, and have countless hours and dollars poured into their current existence, don't think that either of these two are missing any road time. King is quick to point out that he does in fact see some street time when weather and schedules permit. He's even brought both cars to the coveted Japanese Classic Car Show and proceeded to field more questions than he could possibly count from interested attendees. If you ever catch him there, stop by and chat for a while, he might even share his in-depth progress photos with you. 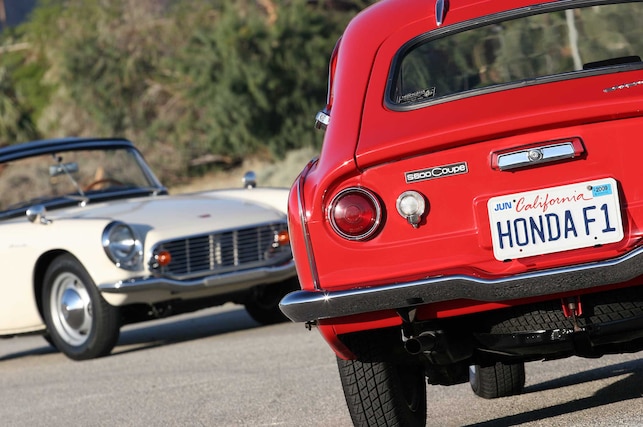 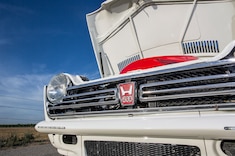 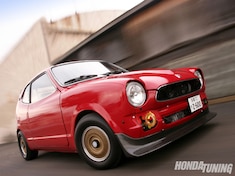 Check out Tran Nguyen's 1972 Honda Z600, this old-school Honda has a fully restored body and an original engine, and comes with a few modern touches such as a custom carbon fiber lip, and wing, Skunk2 CRX springs, and more! - Honda Tuning Magazine