Soaking Up Some Real-World Knowledge From The School Of Diy 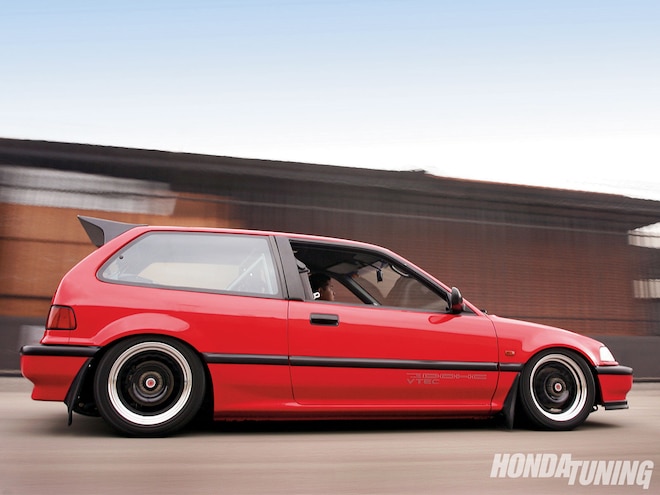 Very few things stick with us after four long years of high school. Day after day, you spend more time thinking about girls, cars, hanging out with friends, and, did I mention girls already? It's not easy to keep your attention focused on your scholastic career with so many distractions swimming around in your immediate atmosphere. Furthermore, years after you've left high school, the majority of the lessons learned are long forgotten; merely figments of your imagination. That is, unless you're an educational superstar, hell-bent on achieving perfect grades and absolutely positive about your future after school has finished. For that select group, I applaud you-and I apologize for making fun of you back then. During his high school days, Angelo Arayata retained much more than just a healthy disdain for Algebra and juiced-up jocks; he picked up this '91 Civic hatchback his sophomore year that, much like the head cheerleaders well documented reputation, is still alive and kicking. 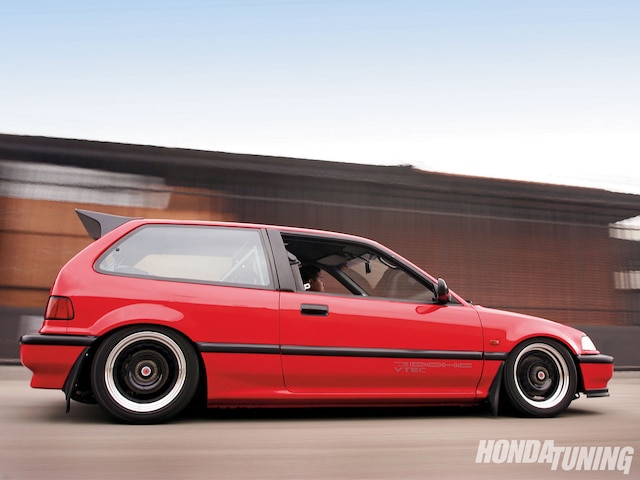 Originally in the market for a 240 SX, Arayata had trouble finding one in decent condition at a reasonable price. "I really wasn't into Hondas at all until I'd found this red hatchback. It ran really good, all of the maintenance records were in order, and Hondas were always known for being really reliable." Three excellent reasons to throw down some hard earned cash on the little red people mover. Wanting to learn a little more about his purchase, Arayata let his fingers do the walking, online that is, and stumbled upon a few Honda forums with pages of information for him to soak up. Not only did they fill him in on basic maintenance issues, they also sparked a fire that would eventually lead to long, drawn-out daydreams about modifying his virgin hatchback. So intense were the visions that the youngster was counting down the days to his senior class introduction. Not for the pranks, nor the unwarranted elitism toward freshmen. No, he was intently focused on taking advantage of his immediate surroundings. He adds, "Once I became a senior, I took auto body class primarily so I could repair and paint my own car." Ulterior motives aside, Arayata got busy learning as much as he could in the school's hands-on training program. "As I progressed through the course, we finally got the chance to work on our own personal projects. I got started on it, and drove it around for a few months with primer and Bondo before I got to repaint it original Rio red." New trim and moldings were also added to update the exterior and the Civic's new look was begging for more firepower.

An MPFI swap was the first bump in performance that Arayata was able to perform without issue, but thoughts of swapping SOHC VTEC power began to toy with his conscience. On his way to AK1 Motorsports to get a quote on a new motor, the Civic's timing belt decided it had been abused long enough, and committed automotive suicide. Chris of AK1 was nice enough to help push the car into the shop, and the two got down to business by discussing options-eventually agreeing on a B16 swap. After a few motors had been turned away due to minute imperfections, a gem of a B series came through the doors, and was employed for immediate duty. "With the swap complete, it was such a huge difference compared to the stock D15. The power was there and I finally had VTEC!" Rather than cross his fingers and pray that he wouldn't be pulled over and ticketed for an illegal swap, Arayata added all of the necessary smog hardware, and even wired "up" to OBD-I in order to have his car certified with the California State Referee. His work was obviously up to par as the car passed on its very first appointment, and is now sporting a shiny B.A.R. sticker that made his swap completely legal, even by strict California requirements. Of course, no true enthusiast could ever leave a car like this alone, especially at this point, and Arayata was no different.

After attending the world famous Eibach Meet in 2008, the hatch was stripped down with help from his good friend Marco Mendoza, with just about every conceivable piece of plastic or metal coming off of the chassis. When the dust settled, the car sat naked on a set of blocks with only doors and windows still attached. The engine bay was the first area to be concentrated on, its factory paint stripped and smoothed in preparation for a fresh coat of Rio red. The factory coating in the wheel wells was also removed to leave a clean surface to spot weld the chassis. Calling upon what he learned during his high school auto body experience, Arayata properly prepped and sanded the engine bay, then repainted it.......in his garage. The result is a factory finish that lends a better-than-factory look to the classic Civic's engine bay.

Those with a keen eye will no doubt notice the masterfully bent radiator, fuel, and brake hard lines, which look as if they were manufactured specifically for this car. The reality is, after researching online, Arayata began bending his own lines and, much like his auto body ability, seemed to have a knack for the skill. "I could only research so much online and I just had to give it a try to see it firsthand. Starting off with brake lines, I mocked everything up and was pretty satisfied with the results; especially being that it was my first time bending and flaring lines." Other personal touches include his homemade tucked single wiring harness, multiple powdercoated suspension pieces, and a scotch-brite treatment to the motor mounts to give them a brushed aluminum look. It's these minute details that discreetly hide from the casual observer, yet they scream quality and ingenuity to the hardcore enthusiast.

Arayata's Civic is living proof that you don't necessarily have to break the bank on imported doo-dads in order to build an impressive car. Quality and attention to detail can go a long, long way. Not bad for a guy who, just a few years ago, didn't know the first thing about Hondas. Maybe school really is cool.

Props
My parents, brother, Mai, Marco, Gio, Sean, Ernie, Carlos, Kevin, Miles Magbual and the rest of the Jerkwrench family, Moe and hyper16valve, Rodell and Chris from ak1 motorsports, Cali love, G&J Aircraft, S@nt0s (munky w3rks), everyone else who gave me a helping hand in my build.

Greatest movie of all time
The Rock

California State Referee and B.A.R.
(Bureau of Automotive Repair)
The California State Referee is a state-contracted emissions test facility that offers specific types of smog checks, including specialized services that go far beyond what independent smog stations are capable of. Referee Centers are often located on California community college campuses throughout the state. If you're a California resident, and you're interested in having a legitimate swap that won't land you a ticket or possibly an impound, you'll have to make an appointment with your local State Referee in order to have your car's swap inspected and smog verified. If you don't pass, you'll be presented with a list of the problem areas that you'll have to correct before retesting. If you're lucky enough to pass the first time, like Angel Arayata, you'll be presented with a B.A.R. sticker that verifies your swap is legal, which will get you a "pass" the next time you're pulled over and your car is inspected.

What many don't know is that the Referee Centers offer paid, on-the-job, smog technician training to qualified students. For more information on this program, call the Foundation for California Community Colleges' Operations Manager at (916) 491-4460 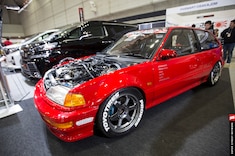 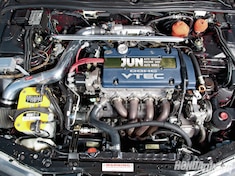 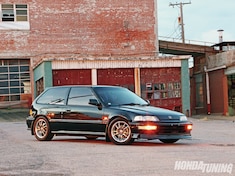 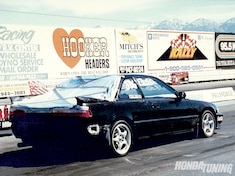 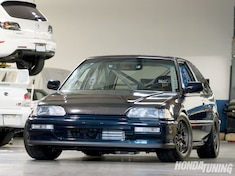