Consider these not so much the worst but perhaps the worst of the not-so-great. 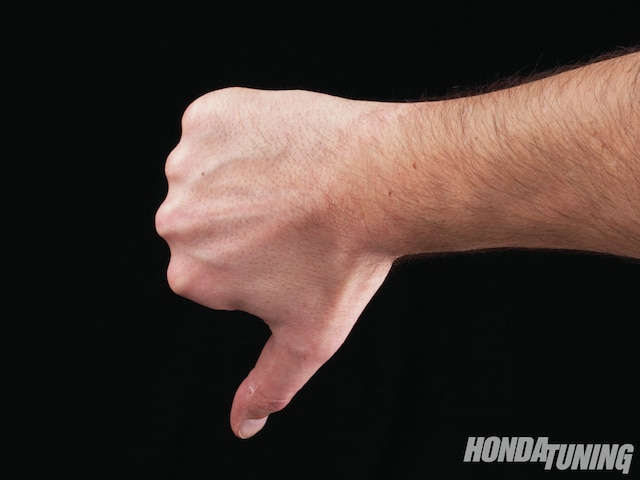 Bad cars are inevitable. Bad cars are necessary. If it weren’t for bad cars, then the good ones might not seem so good. Besides, counting down the list of Honda’s all-time best would be entirely too easy, not to mention entirely too labored a list. Consider these not so much the worst but perhaps the worst of the not-so-great. Some were underpowered. Some lacked proper styling. Some were engineering oddities. Either way, behold, the following are what may well be the 10 worst Hondas of all time, in no particular order.

1992 Acura Vigor: In a world of sophisticated VTEC engines—all of which had even numbers of cylinders—the Legend-like Vigor made do with the oddity that was Honda’s only longitudinally mounted five-cylinder powerplant.

1991 Acura NSX Automatic: Drive one and you’ll quickly realize that no amount of suspension finesse or supercar styling will make up for its slop-box full of clutches, gears, valve bodies, and other nonsense.

1990 Prelude Si 4WS: The world never has and never will require four-wheel steering.

1997 Acura CL 2.2: Heavier and slower than the Accord, Acura’s supposedly upper-echelon model was more expensive than its Honda ancestor yet featured dim performance and curious styling. Bits of its front fascia were also the basis of the 1990s California Integra Type R conversion and earns its place on this list if for no other reason than that.

2002 Civic Si: The first Si to not feature its respective era’s flagship four-cylinder Honda engine. It was also the first in 14 years to have its steering cumbrously connected to its struts and featured the lowest amount of shock travel of any Civic to date.

1994 Honda Passport: Designed by Isuzu. Built by Isuzu. Any questions?

1996 Acura SLX: It looked like an Isuzu Trooper…because it was one. At least one major automotive evaluation firm rolled one over during testing.

2005 Honda Accord Hybrid: When compared to non-hybrid Accords, it performed similarly, achieved marginally better fuel consumption, yet weighed and sold for significantly more.

1993 del Sol S: That Honda didn’t equip the roadster-like del Sol in the wake of Miata domination with an RWD configuration can be forgiven. That it offered a version with its least powerful SOHC 1.5L D series cannot.