The imaginary line separating those who feel Hondas engineers and designers masterfully molded the perfect lines right from the get-go as opposed to those who feel there are ways to improve upon the factory offering is ever increasing. With an embarrassing number of years littered with cross-platform tail/headlight conversions, ridiculous scoops, and fish-mouth bumpers still scorched into the back of everyone’s mind, it’s easy to see why enthusiasts these days would rather not step outside the realm of questionable taste. The simple, understated look has taken the reins over the past few years, with many praising the “OEM look” for its timeless simplicity. On the flip side, with so many importers now able to source high-end aero from overseas, those wanting to separate their car from the average U.S. build are blessed with a number of options. Regardless of which side you represent, most will agree that seeing something that isn’t plastered on every Internet forum on the web or yet another clone speeding past you on the freeway is always refreshing.

On the “not so OEM” side of this debate is Dara Sao, owner of this ultra-bright AP1 who opted for a number of extremely expensive aftermarket changes over the last four years. Back in 2008, when Sao began modifying this AP1, he took to the task almost halfheartedly. That is, the upgrades were being done, but it wasn’t until he’d contacted Aaron and Tommy of GoTuning Unlimited that he entrenched himself in the build that ultimately graces these pages. He adds, “The biggest and most notable modification is the Yokohama Autobacs (ASM) aero. I look at ASM as the ‘AMG’ of Hondas. The quality, the engineering, it completely transforms the car. GoTuning is the U.S. distributor for ASM, and they were the ones who could get everything I wanted.” Speaking on behalf of rarity, the number of complete ASM dry carbon aero kits in the U.S. can probably be counted on one hand. Conversely, the number of knock-off aero kits that emulate Japan’s premier S2000 aero tuning group is immeasurable—but that’s another story altogether. Back to this beauty…

While the car is unmistakably all S2000, the added girth and newfound demeanor, thanks specifically to the ASM aero, offer a completely different look to the once-lanky two-seater. On paper, the idea of a “semi-widebody” S2K might cause purists and roadster fanatics to cringe in disgust, but there’s something about the those three letters that seems to lay all of that to rest. The astronomical price tag attached to all things ASM is derived from top-notch materials and extensive track testing. Rarely will you find a company brave enough to put forth an aero kit that borrows some of its flowing lines from the likes of Porsche for a four-cylinder “economy sports car.”

Fast forward two years and an unfortunate chain of events took place that put not only the car’s completion in jeopardy, but the owner’s life as well. Sao adds, “I was riding my Triumph 675 bike with a buddy like we do every weekend. We were heading back down a local mountain road when I hit a patch of gravel, and I started sliding pretty fast. There wasn’t much room on the road, and sliding out of control, I ran right into the corner of a guardrail. I busted my left shoulder, broke my left leg and three ribs, compress fractured my spine, and had a few dislocated bulging discs. To top it all off, I’m a lefty! I got a free helicopter ride to Huntington Memorial where I was in ICU for a few weeks with many surgeries to come.” The accident didn’t just take a toll on his health, Sao’s medical bills quickly multiplied, eventually reaching a painful quarter of a million dollars. “Yeah, that’s pretty much when I started to struggle. Even to this day, I’m still recovering physically, and I have five separate doctors to visit every two weeks.”

Over the last two years, as the wounds began to heal and the financial hurdles became a thing of the past, Sao admits he never stopped thinking about his AP1 and its direction. “I finally just decided that since I’d lost one toy, why not finish what I’d started with the S?” Jumping back on the horse, so to speak, he added a set of 18-inch Prodrive rollers in stunning white to contrast the now semi-wide two-seater and sit closer to the car’s arches thanks to a set of Top Secret adjustable coilovers.

With a neck-breaking appearance already possessed, it was time for Sao to add some usable power. Toda’s legendary Sports Injection kit (ITBs) was ordered to increase the car’s inhaling, while a Mugen header and Amuse R1 Titan exhaust were added to help encourage the exhale. With the aid of Hondata’s K-Pro fine-tuned at the fingertips of Autowave in Huntington Beach, the S2000 was able to pull over 250 whp, and Sao can’t say enough about the tuning. “Those guys do great work. Mad Mike did an awesome job on the tune, I couldn’t be happier!” Well, maybe he’ll be a little happier the next time he swings by Autowave for a tuning session, especially after the next round of upgrades that includes a complete Toda head package with the infamous “VTEC Killer” cams!

Inspiration for this build
Street/track cars

If you’re scratching your head as to why anyone would want to “kill” the VTEC function on their F-series motor, there’s actually a very good reason. Unlike traditional VTEC cams, the primary and secondary lobes are produced in the exact same size. The middle rocker cam is eliminated, and both pins are changed. While standard VTEC cams are produced from a solid core, Toda’s VTEC Killers are designed around a hollow blank in search of a lighter end product. Additionally, the lost motion valves no longer being needed, are removed. All of this results in a lighter, more responsive valvetrain without any of the oil fluctuations you’d typically experience with a standard VTEC setup. Obviously intended for track use, what you lose in bottom end, you more than make up for in top end power. Toda recommends the VTEC Killers be used in conjunction with its Sports Injection throttle bodies and special hardware kit. 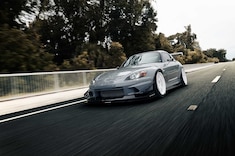 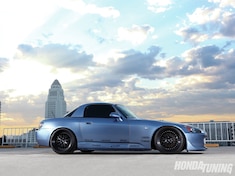 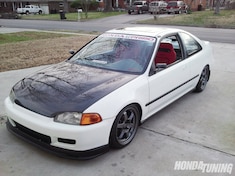 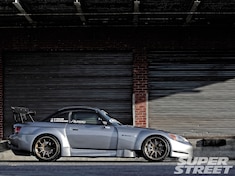