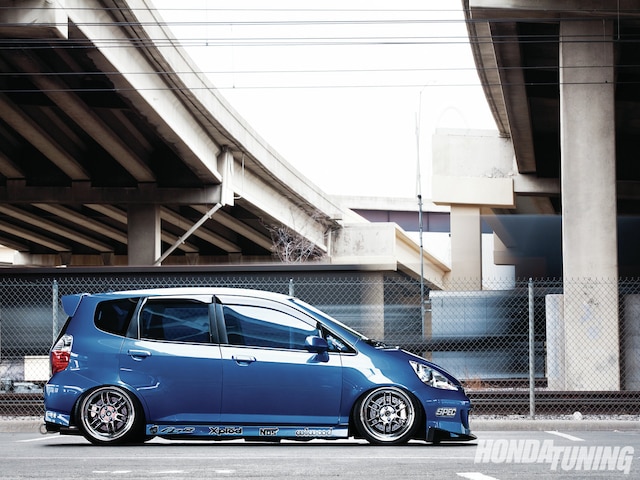 True to form, Honda Motor Company’s release of its subcompact Fit overseas in 2001 left the North American populace for want. The scenario was of typical Honda fashion. The upper-echelon Type R, hatchback versions of Civics Americans weren’t the wiser to, Accord sedans with Prelude-like powertrains—these are but a few of the select pickings much of the Western Hemisphere’s long not been the first (if ever) to be privy to.

In Japan, the Fit was an immediate success, so much so that it was subsequently introduced to Europe, Australia, South America, Mexico, and Asia by mid-decade—virtually everywhere but the United States. Those who were accustomed to and longed for Honda’s typical small-car styling reminiscent of Civics of yore but were forced into near-3,000-pound “subcompacts” were, as it seemed, screwed. 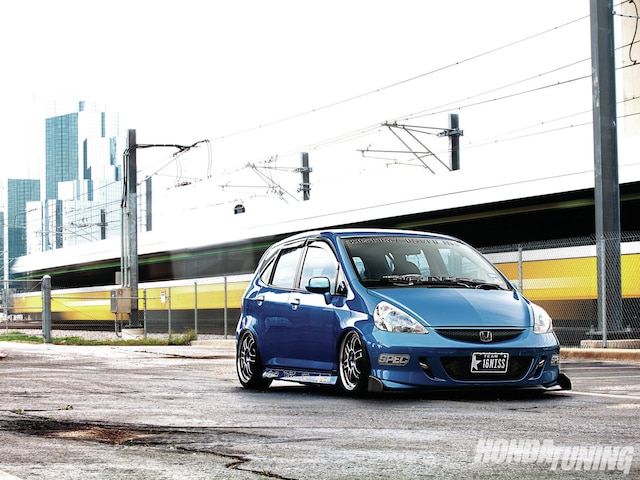 Then the economy began to falter. Suddenly, small cars were in, as was a more acute awareness of fuel consumption and for more inexpensive transportation in general. The Scion brand thrived, as did subcompact models from nearly every automaker, until, ultimately, Honda delivered the free world its Fit. Marcus Chin was waiting.

Chin first fell for the Fit while in Thailand nearly two years before it would be released to U.S. consumers. “It was the newest Honda model available so I had to get it,” he recollects. “I love hatchbacks.” To be sure, Chin’s life of modifying Hondas began with a ’92 Civic hatchback but didn’t end well. “I started working on it, and bought all kinds of parts for the motor,” he says. “But it never ran correctly, so I gave up and started new.” It was only fitting that his next car would be something not entirely far off from that initial beloved Honda model. Upon American Honda’s announcement of the Fit’s impending availability, Chin laid down a $500 deposit for a manual-equipped Vivid Blue Pearl variant that had yet to exist Stateside. And so he waited. And waited. For the next four months Honda sales personnel tried persuading him toward more readily available color packages, like silver, but Chin wouldn’t have it. Stubborn, he recalls that settling for a silver Fit when he’d ordered a blue one simply wasn’t an option. Sure enough, Chin’s Fit arrived, and, sure enough, any intentions of “not modding this car” were quickly ignored. Reduced ride height by means of a seemingly harmless set of lowering springs soon led to the addition of a T1R turbo kit.

Honda never claimed for its Fit to be powerful, quick, fast, or any combination of the above. That’s because it isn’t. Any semblance of the aforementioned can only be achieved with the help of either an engine transplant or forced induction. Thanks to T1R, the forced-induction route is an easy one, though. Chin’s system is based off of Garrett’s T25 turbocharger family. Although spatially conservative and based off of decades-old architecture, the truth is, the T25 is capable of delivering more power than the factory 1.5L engine can handle. The kit is accompanied by the usual suspects: an HKS blow-off valve, TiAL wastegate, T1R front-mount intercooler, and T1R cast-iron exhaust manifold. To keep Chin’s Fit from undergoing an involuntary engine swap, RC Engineering fuel injectors team up with an engine management system from AEM to ensure happy air/fuel ratios—all of which was tuned by nearby Jotech Motorsports, yielding a very manageable 150 whp and 160 lb-ft torque.

With a front-mount intercooler, 17-inch Enkei RPF1s in the company’s striking Special Brilliant Coating, and a titanium exhaust from A&J Racing, this Fit isn’t one to go unnoticed. “I was scouted by William Ho, an [original] member and mentor from team 16NiSS,” he says. “He [Ho] showed me the ropes about how to represent myself and my car.” Chin’s initiation into one of the greater Dallas area’s most well-known car clubs led to his being exposed to a number of fellow enthusiasts and shops, like Kustomz Unlimited, which has since been responsible for most of the Fit’s modifications. Chin credits the facility with getting its hands on every aspect of his car, like the custom intake manifold, reorganizing his engine bay, as well as for installing the Type S front-end conversion, the air-ride suspension, and more.

After putting nearly $30,000 toward his Fit and taking home honors like Best of Show at Import Face-Off and Best Honda at Wek’Fest, you’d think Chin would be satisfied. He isn’t. A five-lug conversion is on the agenda as is a new paint scheme. Chin waited more than two years for his Fit. Wasting any more time making it his isn’t likely to happen.

Photo 6/9   |   You won’t find many Honda Fits with as much custom work under the hood as Marcus’ turbo build.

Hanging out at car shops

Future Build
Another Honda—maybe an S2000

The first-generation Fit’s North American life span was a short one. Due to a perceived lack of demand, the subcompact wasn’t delivered to U.S. consumers until mid-2006. Not more than a year later, and Honda Motor Company was showing off its second iteration at the Tokyo Motor Show on the other side of the world. But by no means should any of that discount Honda’s original Fit. Early in its life span it earned accolades as Japan’s Car of the Year. In Europe, a Top Gear survey hailed it as 2006’s Best Small Car. And in the U.S., American consumers proved their affinity toward the four-door hatchback with yearly sales figures that nearly tripled in just 36 months. Such acknowledgments might seem surprising to outsiders, but not to Fit aficionados. The car’s mid-30-mpg fuel consumption, massive interior constraints, welcoming functional fold-up Magic Seats, and interior niceties that you wouldn’t normally expect from a car in its class prove its worthiness—and secure its spot in the list that is some of the best Hondas ever. 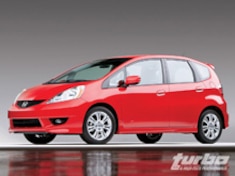 Cars are getting bigger, and it pisses James Tate off. - Sport Compact Car Magazine 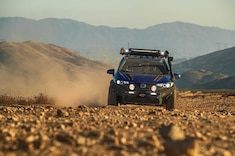 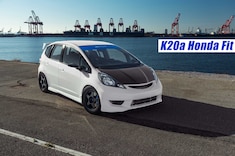 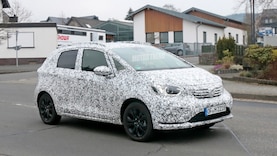 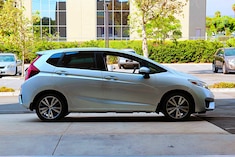