Billy Shea is no stranger to the limelight. Driving inside one of the most recognizable Lexus IS300s can do that to a person. So can winning First Place at the Nisei Week Showoff, which is often considered the most competitive car show not only in L.A., but in the country. So can overall respect from your tuning peers, and praise from respected web sites that focus solely on all things Lexus. These are the types of recognition that make Billy unfazed by the spotlight. In the improbable world of import tuning, where the chance of blowin' up big is as thin as the page you're holding, Billy is kind of a big deal. So when he landed a full feature spread last year in our sister publication Super Street, it catapulted the independent contractor from Chino Hills, CA, to tuning super stardom, putting the entire nation on notice. So why are we still talking about him?

Three years ago, when Billy first started building his IS300, his one-and-only goal wasn't to be recognized on the streets, win trophies, gain respect from his peers and web sites, or even score a feature in some random magazine. The one thing he wanted was to get on the cover of Import Tuner. "It didn't matter what measures I had to take," Billy explained. "A 2NR cover is the highest honor, and I simply had to get on the cover."

"I've never been the type to quit," Billy says. "So I rebuilt everything on my IS. Everything besides the seats was changed--the engine, suspension, exterior, and a slew of custom-made parts. I went this route because I just can't part with my IS. Right when it came out, it was like love at first sight. I remember test driving the Nissan 350Z and I felt cramped inside. The IS300 was pretty much the only car I felt comfortable in."

It's also no surprise that this IS's major changes were also a reflection of Billy's growth as a tuner and a person. The first version of this car was a demonstration of elegance. "I wanted to be subtle, but fast," Billy made clear. "I wanted to focus so much on the detail that someone would have to look closely to notice the improvements. I wanted them to yell out, `Oh damn! I didn't even notice that at first!' Of course, these were the days when I just sat home a lot and chilled with my friends."

The reloaded version of Billy's IS300 is the complete opposite, and it might have something to do with the fact that he no longer stays home. Billy is now the consummate socialite and traces of it can be seen on his car. "It's mores flashy; it's more pop," he laughed. "I definitely wanted to incorporate the `woah' factor in this rebuild. I wanted to showcase its potential without hiding it in the details. Plus, I wanted to raise the bar for all IS300 owners, to show them that whatever you may have, it's not the pinnacle. This is the pinnacle."

Everything on the IS300 is now focused on performance, style and function. The 2JZGTE no longer sports the HKS T04Z turbocharger; it's now replaced by a more svelte HKS T51R KAI turbo that helps produce 748 horses to the wheels when boosted to 30 psi. Billy took great pains in extensively modifying the motor, but he claims the Veilside intake manifold is what immediately sets it apart from any other IS300 on the streets. He also added some custom-made parts like the oil pan, ADF intercooler and custom chop-welded pipes, radiators hoses, and a carbon fiber one-piece driveshaft.

The most visible change, of course, is featured in the exterior. "I didn't want a paint job like everyone else," he described, "I didn't want a `candy-this' or `iridescent-that.' I wanted a color that was bright, flat, and something you don't see on IS300s," hence the Laguna Seca Blue layered over the car's Chargespeed Japan front lip, side skirts, wide fenders, hood, and carbon fiber vortex generator roof wing. Lowering the chassis are super-functional HKS Hipermax II front and rear coilovers that further stiffen the ride with the help of TRD sway bars and bushings. The new wheels also push the IS300 to attention-catching levels. A set of 19-inch Volk TE37s with Toyo T1R tires sit underneath the widebody chassis. "I love these wheels," Billy says, "The concave look of the rear wheels is something you rarely see, much less on a Lexus."

The interior also serves up a lesson in pageantry. Gone is the stock gauge cluster of old. Replacing it is an innovative custom gauge cluster that features an HKS Camp 2 Driving Monitor, which displays the car's vital signs in ultra-sexy form. Protecting the cabin is an eight-point roll cage with polished add-on side bars. "I installed this roll cage to protect me when I race in the quarter mile," Billy clarified, "Sure, it's a flashy car, but one of my passions is racing, which is why I still laugh when I take my car to shows and the judges shake the roll cage as if it wasn't bolted on. Everything is functional in this car and used for the reasons it was made." Unlike most cars with aftermarket steering wheels, Billy's Key's flat-type 325mm steering wheel has a horn that actually works, and it still shocks people that when pressed, it doesn't just fall off the wheel.

Thankfully, Billy is now officially done modifying his IS300. With the goal of making the 2NR cover already attained, his only add-ons would come in the details and dialing-in the power. He hopes to have broken 900 horses and his personal best quarter-mile records by the time you read this. For now, he's just happy with what he has in front of him. His journey from obscure IS300 gearhead to cult icon among Lexus owners has made Billy one of the most accomplished tuners out there. Not only is he no stranger to the limelight, he also let it be known that he doesn't shy away from it.

Quote.
“It’s where my passion meets my creativity.”

Hobbies.
Traveling, hanging out with GNO and Super Crew friends 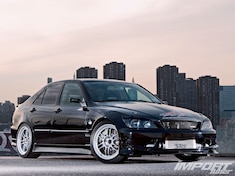 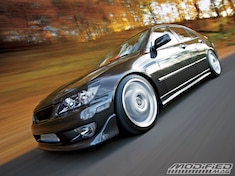 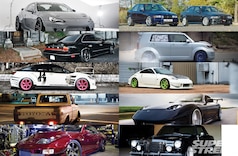 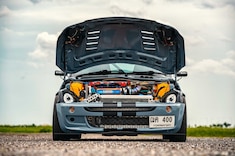