Late Riser Crew - Bring it Back

Who knew the criminal life could be so good for the soul? 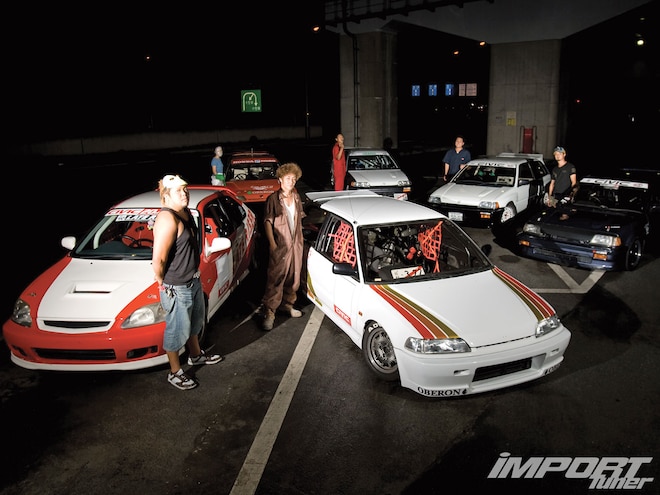 Present day. It's 2 a.m. and I'm riding shotgun at 200 km/h on the Osaka Kanjo-sen highway. There's a tollbooth approaching, but no one in our posse is slowing down. It's late July, not even close to Friday the thirteenth, yet everyone in our caravan (the Late Riser crew) is sporting hockey masks. My driver, Kei Miura, punches it. Not sure whether out of fear or to protect my identity, I cover my face as we blow through the toll gate at about 203 km/h, squealing like a giddy schoolgirl. "Miura-san! What if we get caught!? We're wearing masks and driving illegal cars with fake license plates!" 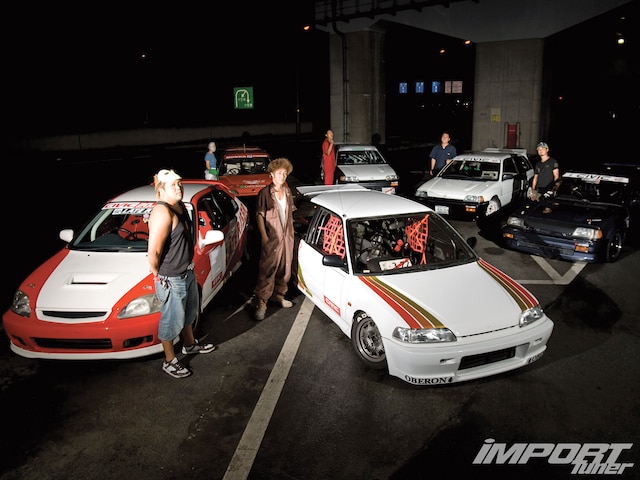 "We're not going to get caught," he says calmly, lifting his mask once the coast is clear to light a smoke.

Flashback: 2008. We're shooting Miura's 6666 Customs S13 (Oct. '08), when he drops a peculiar line: "Have you ever seen 300 cars with no license plates, and people in 'Jason' masks tearing up the Hanshin Expressway? I wish I would've met you earlier. I could have taken you out with my crew!" His usage of "taken you out" threw me for a sec, before I realized it was an honest invitation to share a slice of raw, ungoverned life very few do under hospitable terms. It was an invitation that stuck with me for the duration of my trip, the 12-hour plane ride back to the States, and for three years thereafter.

Once the day came for me to revisit the Land of the Rising Sun, my first call was to TRA-Kyoto, near Osaka, Japan, to humbly ask my outlaw friend if his invitation still stood. Luckily for me, Kei proved to be a man of his word.

To up the ante, he'd spent time building another show-stopper to steal the thunder of the S13 for Tokyo Auto Salon. And what platform did he choose? An EVO X, with its AWD turbocharged MIVEC 4B11 and infinite gadgetry? The all-new Hyundai Genesis, with its throwback-to-yesteryear FR chassis? No. Neither. Miura-san busted the doors of the Tokyo Auto Salon with an EF Civic.

Cruise TAS and one thing becomes clear: There are fewer hooked-up Civics and Integras than we may have led you to believe. You'd be lucky to find one. The TAS-going crowd is young, hip, and contemporary. They're connected, impressionable, and fixated on the latest green movement, gadget-filled high-tech performance make and how it practically drives itself, or what trends the most prolific luxury builders are setting. Japanese pop culture is one of progression above all else, never looking back. Happiness is to be found in playing and winning the game; making the most of the rules, not rewriting them. Yet at its core, there we stood, with 40-something Miura-san, in his yellow afro and ripped jeans, reminiscing about the "yancha" bosozoku past that he's never fully outgrown, as he leaned confidently against the dented fender of a car discarded countless times by masses who look fruitlessly to their "technological progress" to find the sort of fulfillment Miura-san exuded in spades. With his EF's hood propped, showing off its filthy mess of a B16A to the world, the pair is like a giant, greasy middle finger proclaiming, "all your shiny new stuff is crap. Simplify!" There's a certain liberation to be felt in unabashed rebellion, and after sharing it with Miura-san and 300 of his closest outlaw friends, we began to realize he's on to something.

Back to the present, and that ethos holds true. Here we were, outlaws seemingly for no other reason than our want to experience true automotive freedom, with the only outlets at our disposal damned by the laws of a culture that doesn't share our sentiment. Flying down the same freeways and carving the very two lanes that will be used by the law-abiding to commute to work in only a few short hours, Miura-san and company tear into the night. The adrenaline of dodging the law further distills the essence of a pure driving experience in some of Japan's rawest commuter-turned-performers; stripped-down, gutted, modified, and motherless. They are as pure as the day they were made, in those few short minutes between when the engine, suspension, and wheels were bolted up, and when all the other frill went in and deadened their souls.

"Everyone regards this car as mine," informs Miura-san, as we sail through the darkness and into the unknown. "But it's not registered to anyone. It's not plated or street legal. No one owns it. If I'm caught driving it, I'll have to leave it behind." Such is the story of how Miura-san came to "own" the car. It previously "belonged" to another Late Riser who got pinched during one of their late-night jaunts. Miura-san, escaping the heat and posing the next day as an honest shop owner interested in buying a car for resale, rescued it from a police auction. The EF was one of the only iconic platforms he hadn't owned until that point-he'd previously built S13s and 14s, a Bluebird 510, TE27 Corolla, and even a 2.3L Benz 190-and a month later, he had it gutted with a full rollcage installed, a B16A in the bay, Crux suspension and spherical bushings in its wells, a set of retro Mugen CF-48 wheels at its hubs, and a custom-fabricated, one-off, CAD-designed, compression-molded kit dressed in white paint with gold and red livery reminiscent of the #16 Motul/Mugen E-AT Civic waiving its outlaw flag at TAS for the world to see. Not bad for a guy who one month earlier didn't even know he was going to the show. "I thought it would be cool to show the car off at TAS," he laughs. "Stir things up a little."

At about 5 a.m. we pull off at the Kadoma City interchange and rest area for some shots and I get to see the inner workings of this beast up close. Miura-san introduces me to some other members of his crew, each of them rocking stripped/gutted and caged rides that may very easily not be theirs in the morning. And that's when it hits me-when the hell did the bar for having a dope ride become a dipped undercarriage, ridiculously offset wheels, useless high-dollar accessories, and a trailer to escort it to shows? What about the guy who builds a car with a throwaway B16A, who buys a shell from a buddy who got popped running from the cops, so he could bring it back to the barrio and continue to drive it like he stole it!? Have we forgotten our pocket-lint, Taco-Bell-budget, living-under-mom's-roof, having-nothing, yet having-nothing-to-worry-about past? After the photos are shot and stories swapped, we crawl back into our rides, pull the masks down, the window netting up, and throttle the beaters we love so dearly into the early morning, the sky growing increasingly lighter, reminding us that a brighter future is on the horizon. I have a new mission: to distance myself from my peers who are in search of the "finer things," and get in touch with the young, broke, speed-hungry kid I once was, without a care in the world, whose hot girlfriend didn't care about jobs, designer schwag, or commitment, who was happy to plow around town in his beater import, revving at the domestics, or setting off on the occasional canyon run simply because he could.

As we part ways for the second time, Miura-san casually and genuinely extends another invitation: "Come back anytime. Whenever." I will. Soon. And I'll be looking forward to it all the while.

Miura-san's Late Riser crew is some 300 strong, but only a select few were invited to hit the streets with us the night we rode. The Late Riser MO is to rampage around the Osaka Kanjo (similar to Tokyo's Wangan), Kobe's MT Rokko, or Kyoto's Yamako Touge. Their vehicles range from stock Civics, to Nissan S13s, Toyota AE86s and more. Tonight was Honda night.

Import Tuner
Riding Shotgun In The New 2022 Subaru BRZ
Rodrez of Super Street: If the “swoosh” of the front fenders and pontoon-like sideskirts bolted to a FR platform that promises a sporty experience from behind the wheel doesn’t scream “turbo” then we don’t know what does. No matter what we think, Subaru’s 2022 BRZ, unveiled this week in its final form, isn’t packing the
Jonny Lieberman – Nov 19, 2020

Import Tuner
What We Know About the Upcoming 2022 Honda Civic Type R
Rodrez of Super Street: Did you get the “looks like an Accord, ILX, TLX, Audi, Jetta, Camry, Corolla, Charger” out of your system upon the debut of the 11th gen., 2022 Honda Civic prototype? Ok, cool. Let’s get down to what everyone’s been asking since Honda’s late evening launch of the upcoming Civic family this
Alex Nishimoto – Nov 19, 2020

Import Tuner
Next Generation Subaru BRZ Debuts
At the end of the day, it’s all about perception. In enthusiast circles, Subaru is supposed to be one of just two current car brands that champions the horizontally opposed power plant, in addition to AWD layouts and turbocharging. By design, its BRZ naturally aspirated RWD coupe jointly developed with Toyota is going to be
Bob Hernandez – Nov 18, 2020 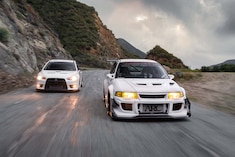 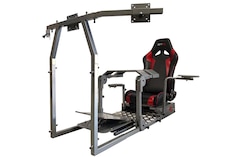