Student becomes the teacher when this designer unleashes his artful technique to create his dream Z. 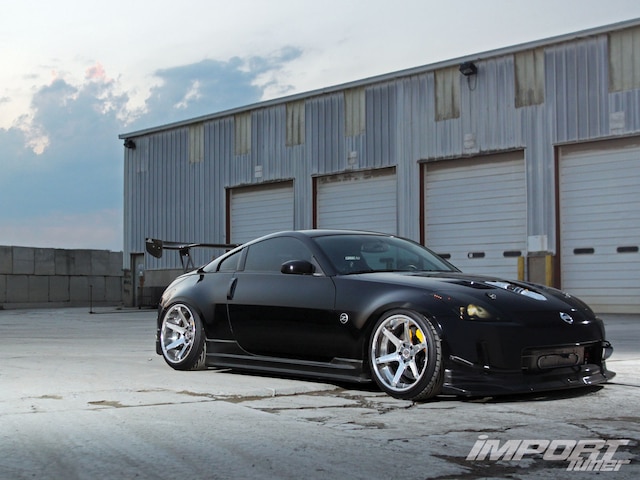 There are many ways to go about creating your dream project car. Different people work different ways, and likewise, have different methodologies when it comes to completing a build. The end result should be the same: a well-rounded build with attention paid to important details and a distinct sense of style that should be all your own. That’s what everyone strives for, whether you are planning on building a simple street cruiser, a full-blown show car, or a performance-minded race vehicle. The journey to the final product is where things get interesting. Not everyone operates the same way, and it’s reflected in the way we build our cars. Some save up and collect parts before putting their cars together, some don’t. Some enthusiasts plan meticulously and sort out every detail, while some just choose to wing it and build as they go. Variety is the spice of life, and hearing how your fellow enthusiast came about completing their project is often what helps to build relationships within the import automotive community. They are “war stories” so to speak. It gives validation that you shared the same trials and tribulations, even though the voyage may have been a different one. You can always just glance at a car and enjoy the way it looks, but you develop a deeper appreciation if you take the time to understand the thought process that went behind its creation.

Larry Kenney’s story is a particularly interesting one. While all the owners and cars we feature are always interesting, Larry’s tale is unique because his education is what actually brought him to his ’03 Nissan 350Z. “I always grew up around American muscle cars, but it wasn’t until art school that I started getting into imports.” Larry says. “I was going to school for my major in Industrial Design and decided to take a couple of automotive design classes to broaden my skill set. Soon after, I started noticing everything around me and even the simplest things were influences to me. I started looking for a new car to modify, and as a designer, I loved the lines of the 350Z chassis. I also loved the long heritage that the Z chassis has. There isn’t another import that has the type of heritage in America that the Z does.” 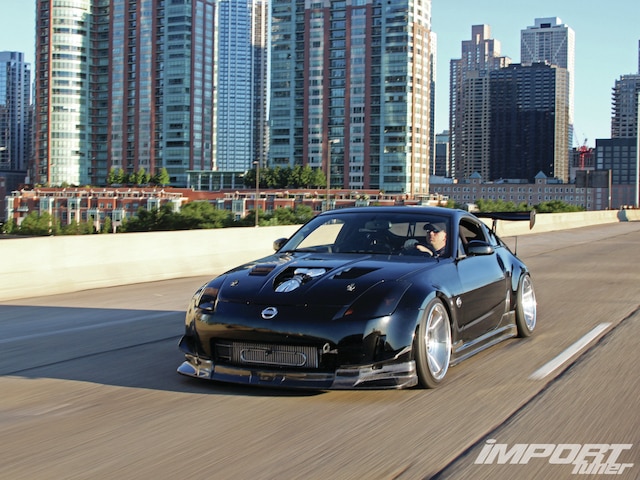 After earning his degree, Larry and two of his friends moved out to Chicago. It was there that Larry found his ’03 Track Edition Z33. A part of him wanted to tear into the car right away, but he decided against it and used his trade skills to fully plan out his build. Everything on this Z, from the aesthetics to the performance mods, has been calculated with pinpoint precision. There are no pointless modifications of any kind, and Larry assures us everything serves a purpose. “The car has been built around what I call ‘Functional+’ design. Everything that has been done to the car has been done to increase the car beyond its original state. Anything that was added was not just to add a part to the car. Function, ergonomics, and aesthetics were all considered and balanced during the planning process. The aero is all functional and the audio setup in the trunk weighs only as much as the tire and jack did before they were taken out,” Larry says.

There isn’t another import that has the type of heritage in America that the Z does.

As a designer, Larry has developed a certain taste for things over time. One modification that he’s learned to have utter disdain for is other people’s use of fake/vinyl carbon fiber. In fact, he assures us that you will find none of that on his Z33. The only carbon fiber you see on this Z is all legit, with a majority of it being authentic C-West aero straight from Japan. The C-West front half spoiler, side skirts, and rear under fin add more aggressive lines to the streamlined Z chassis. An APR rear wing and custom rear diffuser help to increase downforce when Larry rips through the streets of Chicago. The stock metal hood of his Z has been removed and in its place sits an Ings+1 E-type hood. The centersection of the vented Ings hood has been cut out to make room for one of the centerpieces to Larry’s build, a CJ Motorsports intake plenum that is one of two in existence.

Larry designed his Z33 to have a very dark, very menacing feel. The dark undertones also direct attention to the custom 19-inch Forged Specialties wheels. Like the custom intake plenum, the concave wheels are also a contrasting high polish. Larry considers these custom wheels to be the other centerpiece to his build and that’s why the finish of both components is so captivating. Wrapped around the custom-built wheels is a set of Toyo TR1 tires and keeping this 350Z low to the earth are Stance GR+ coilovers.

“I had a very clear goal in mind when I decided to build this vehicle, and I stuck to it,” Larry says. “I know it may sound a bit cliché, but I really set out to build a solid street car that could hold its own in any situation, whether it be as a performance car or a show car parked at an event. So many car builds out there are just a collection of parts that someone throws on with no regard. The real eye-opening builds are always the ones with a clear concise plan. That means that there was research done and the cars have a specific theme to them. People have great appreciation for the work that goes into a high-level build. If anything, I’ve learned to be a patient man because the road here wasn’t easy. I couldn’t be happier with the final result, though. I love my Z. I plan on keeping this car for the long haul and hopefully one day, I’ll be able to take this car out to a Z owners meet 20 years from now.”

Gratitude I’d like to thank Eli Baldwin and Jeff Terwilliger from Project X for all the time they have spent with me building this car. It’s as much theirs as it is mine. I’d like to thank Johnny and Nackers at Nine Lives Racing for their inspiration. I can’t forget all my friends on Team Project X. Lastly, a shout-out to JDMChicago and ChicagoZ. Import Tuner
Riding Shotgun In The New 2022 Subaru BRZ
Rodrez of Super Street: If the “swoosh” of the front fenders and pontoon-like sideskirts bolted to a FR platform that promises a sporty experience from behind the wheel doesn’t scream “turbo” then we don’t know what does. No matter what we think, Subaru’s 2022 BRZ, unveiled this week in its final form, isn’t packing the
Jonny Lieberman – Nov 19, 2020

Import Tuner
What We Know About the Upcoming 2022 Honda Civic Type R
Rodrez of Super Street: Did you get the “looks like an Accord, ILX, TLX, Audi, Jetta, Camry, Corolla, Charger” out of your system upon the debut of the 11th gen., 2022 Honda Civic prototype? Ok, cool. Let’s get down to what everyone’s been asking since Honda’s late evening launch of the upcoming Civic family this
Alex Nishimoto – Nov 19, 2020

Import Tuner
Next Generation Subaru BRZ Debuts
At the end of the day, it’s all about perception. In enthusiast circles, Subaru is supposed to be one of just two current car brands that champions the horizontally opposed power plant, in addition to AWD layouts and turbocharging. By design, its BRZ naturally aspirated RWD coupe jointly developed with Toyota is going to be
Bob Hernandez – Nov 18, 2020 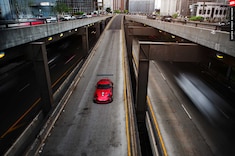 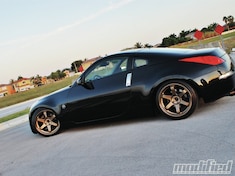 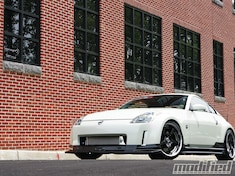