IRRA’s Chris Harris talks about pushing the sport of roll racing to the next level.

Roll racing is having a moment - or at least it was before COVID hit and shut down a year's worth of events. The motorsport phenomenon that we first noticed through the likes of Texas2K two-plus decades ago and a few other copycat events around the country since had some momentum heading into 2020 before life started going sideways for everyone because of the pandemic. International Roll Racing Association (IRRA) founder and President Chris Harris had even reached out to us in early February of last year to gauge our interest in a story on his series, and since roll racing at the time was on the ascent, it was sort of a no-brainer, especially since flipping through photos from his events it was clear there were a lot of tuner cars attending.

After a year that no one wants to remember, though, we're finally getting a chance to finish this story properly. We reconnected with Chris just as he was about to put on his first IRRA event of '21, and it sounds like things are looking up for the series. Now in its third season, the IRRA has grown to include a Northeast Division based at Pocono Speedway in Pennsylvania to go along with its longstanding Southeast Division stationed at Palm Beach International Raceway in South Florida. Top competitors from each division are eligible to advance to a national championship, which will be held in Memphis, Tenn. this October. 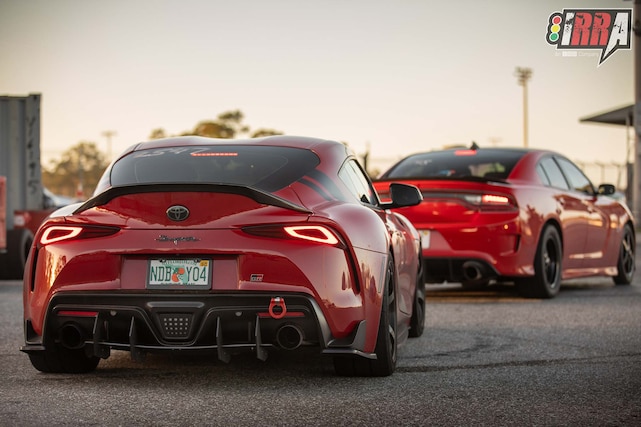 Chris also mentioned this season the IRRA is filming its first ever web series highlighting the racers and competition of the Southeast Division. The video content will appear on the IRRA's YouTube channel, as well as the www.raceirra.com webpage.

Way back in 2020, Chris gave us a few minutes of his time and we asked him a few questions about the IRRA, an interview that follows below.

Super Street: How did the IRRA begin and how did you get involved with the organization?

Chris Harris: I've been involved with roll racing events since about 2014, 2015, doing them down here in south Florida. Those events were made to get people off of the streets and to the track. [I soon realized] these guys have high horsepower vehicles and a lot of them have the desire to go to another level, to become professional, but there was no outlet for them to do that in roll racing, especially at the time. It had a stigma attached to it that it wasn't real racing - everybody was "dig or die." (Dig racing = when two cars line up next to each other at a dead stop and have to "dig" themselves from zero MPH in the race, like traditional drag racing.) 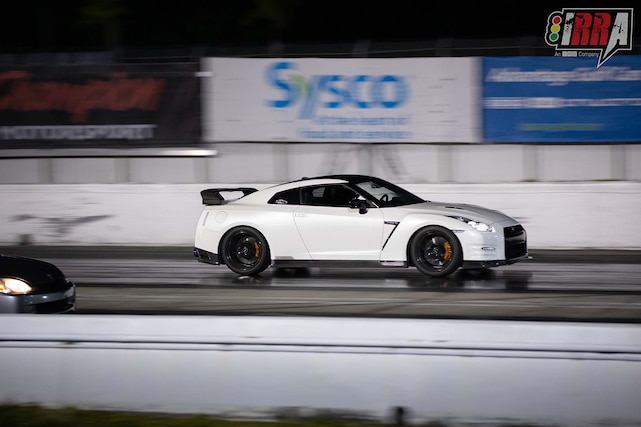 Not only was there not a platform to move up, but roll racers were kind of looked down on. So, I thought, what about us? What about this community?

Four years ago, I created the International Roll Racing Association, and during the planning stages of it I was able to fix the actual start. The biggest issue people have with roll racing is the start [of each race] - how can you make the races fair and even at the start, or bring some structure to it? We figured that out, then created a point system and got it sanctioned, and now we're sanctioned underneath the International Hot Rod Association (IHRA) as a legitimate roll racing sanctioning body.

SS: What kinds of cars show up for IRRA roll races?

CH: We've had everything from Honda Civics to 200mph Nissan GT-Rs. We have four classes within our framework, and each licensing class is separated by mile per hour. The slowest class we have is the C4 Class and that's for any car that traps slower than 119mph. There are a lot of Hondas in that class, and lately a lot of cars that have been modified with just E85 [ethanol] or a 50-shot of [nitrous oxide]. 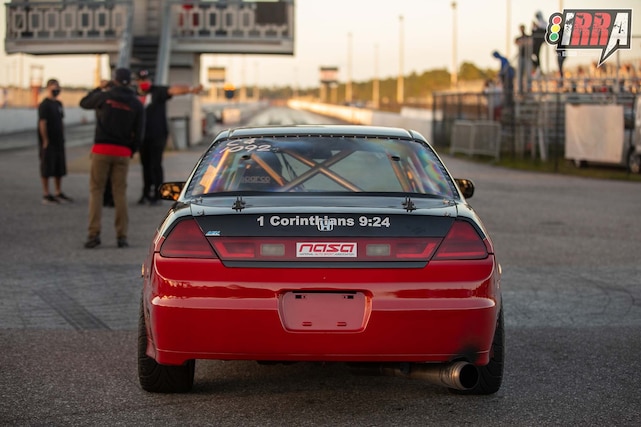 Then you move up to the next level and that class is from 120mph to 139 - these are cars that are a little faster, a little more modified. Our third class goes from 140mph to 155 - so you can imagine, on a quarter mile, those are some pretty fast, heavily modified street cars. Our C1 License is our unlimited class; anyone who traps over 156mph goes in there. We have from 300hp vehicles all the way up to 2,000hp participate, and they're all street cars.

SS: Are you keeping class records? How fast are cars getting?

CH: The fastest mile per hour we've ever had at one of our events is 197mph from a NISMO GT-R from Miami Performance Inc. A lot of the vehicles we have participate in other "win" events like Florida2K, Texas2K, things of that nature. It's awesome to see roll racing multiplied across other events and platforms.

SS: Which tracks does the IRRA visit?

CH: We're based at Palm Beach International Raceway, and we typically do about seven or eight events a year at the facility. We have some awesome sponsors who have been able to help us grow in visibility, and we're looking to become the standard in roll racing. I also have an event called Street Warriorz that is kind of a development league for the IRRA. It gets these guys off the streets by allowing them to do digs and rolls; they just come out and have fun. For those who want to take it to another level - like, I really like this, I want to become a pro - they can step up to the IRRA. Essentially, I've created my own farm league for the IRRA. 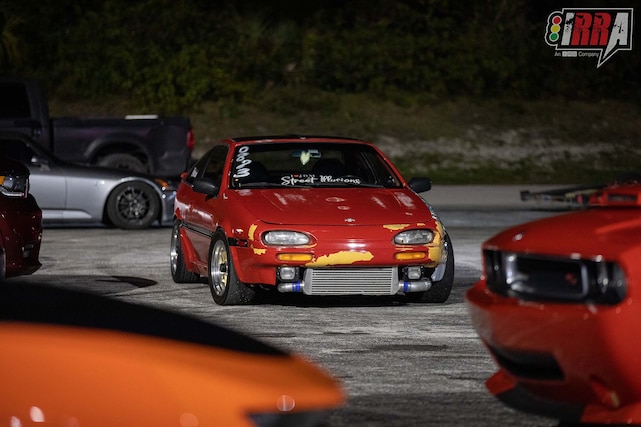 SS: You have quite a few spectators at your events, which is still kind of unusual for roll racing. What is a typical event like for a spectator? And are you guys doing these things at night (which is also pretty uncommon)?

CH: I host all of my events at night because it creates that nighttime party atmosphere. When it comes to traditional professional racing, a lot of it is during the day, but our fans are everyday people, so I have to be cognizant of all of their sort of daytime commitments on a Saturday - doing chores, taking the kids to practice - but their Saturday nights are free. Meanwhile, a lot of the car community don't really party; they'll go to car meets and things of that nature, so I figured let's go Saturday night. Come to the track, I have bounce houses, big Jenga, tug of war, so the kids and the wife can come.

Typically, we open the gates at 5 p.m. From 5 to 8 I allow fun runs, so everyone is racing, having a good time, while the pros are getting ready. We have a mini car show, live music, food trucks, family activity; then at 8 p.m. we start points competition with the pros. So, attendance isn't just racers and their teams; it's also all the fun runners and everyone who came to just to spectate. 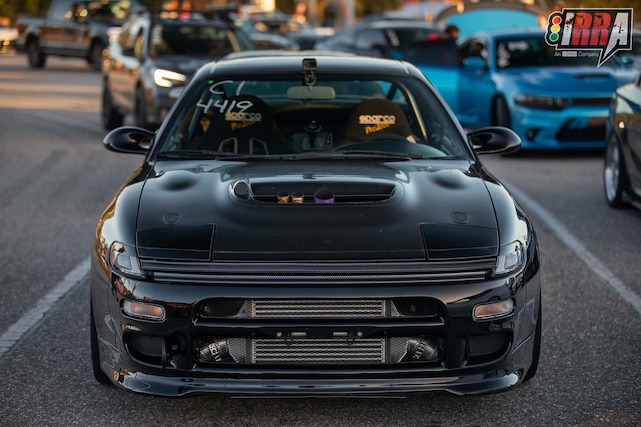 SS: I guess the point here is that organized roll racing thus far has not really been a huge spectator sport.

CH: That's why we decided to create this standard. Building legitimacy, showing people this is a real event with real structure, with real sponsors and real purses at the end of every event. We have an even bigger purse at the end of the season. We want people to see this is really professional and not a joke, which helps lead to more participation. Right now, we have over 120 racers, and we've implemented some things that have never existed in roll racing prior, like 1/8-mile breakouts and -mile breakouts. We have to do that so people can take it seriously and want to be a part of it.

CH: Well, I can't drive at my own events, I'm working (laughter). It's funny, I've owned Mk3 and Mk4 Supras, but the last car I had was an '06 SRT8 Charger, and after I sold it I told myself I was going to build another Mk3 because it's kind of like my favorite car. I picked one up and was having such a hard time sourcing parts that I wound up getting frustrated and just selling it. Two weeks later, Toyota announced their Heritage Parts program - I was so pissed. I did treat myself to a Mk4 recently, though; I'm never going to be able to race at my events, but at least I'm no longer a pedestrian in the car world.

Get to Know the International Roll Racing Association
Photo /

The Legend of the high-revving Honda S2000 Roadster
SuperStreetOnline features