Home  |  Features  |  Old-School JDM: The Japanese Classics of the 2020 Elkhart Collection Auction
Subscribe to the Free

Old-School JDM: The Japanese Classics of the 2020 Elkhart Collection Auction 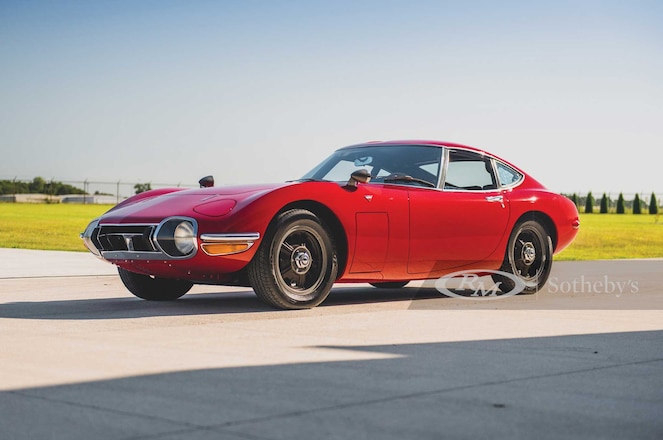 Have you heard? Used car values are skyrocketing in this COVID-19 era, and classic Japanese models in particular seem to be all the rage. This year alone we've seen a 21-year-old NSX go for $135k and a nearly as old Civic Si sell for a whopping $50k. While on some level those figures sort of make sense to us, considering those Honda were from the 1990s (aka the heyday of imports), we'll admit to being a little curious about how far back this phenomenon stretches. Are people really willing to plop down top dollar for Japanese classics from the '80s? '70s? Even the '60s?

We're about to find out. Later this month, RM Sotheby's auction house is set to stage the makeup date for its Elkhart Collection sale, and in the lot are more than a handful of iconic Japanese machines from those bygone decades—and one non-Japanese, non-old-school outlier from Toyota. 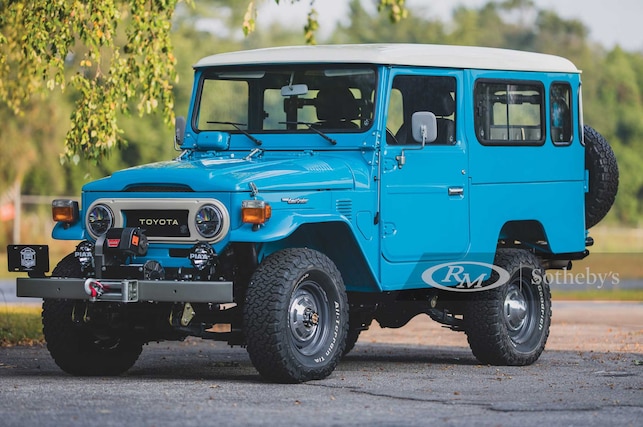 A 2014 Camry NASCAR is likely something we would never consider, except maybe to scavenge its 3.6L V-8 and other useful racy bits. It's definitely not in the same league as the rest of the cars in this roundup, but it'd probably be a really cool conversation starter. The Sprint Cup car was never campaigned, and RMS speculates it'll go for in the ballpark of $40k to $60k.

The '67 2000GT and '81 FJ43 Land Cruiser are amazing specimens, both remarkably tidy and very OEM spec. The FJ was actually a full, frame-off restoration by the FJ Company in Miami, Fla., and features an ARB Old Man Emu suspension and Vintage Air climate control system for a mix of old and new. As for the 2000GT, it's about as rare as they come; only 62 were produced in left-hand-drive for the US market, like this one. RMS figures the '67 2000GT will start bidding around $700k, while the '81 FJ43 has an estimated starting point at $80k. 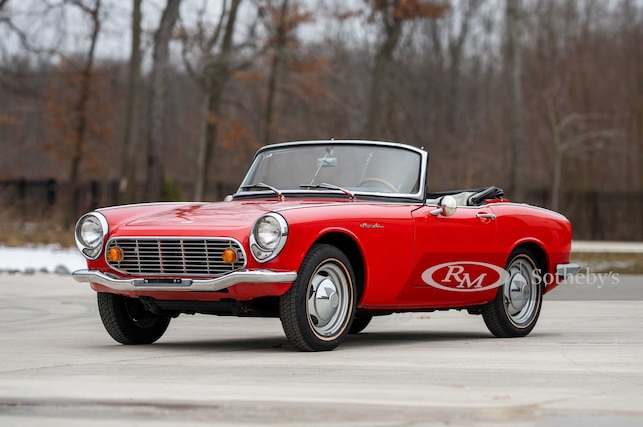 Both the '72 Z600 Coupe and '70 N600 were fully restored by Tim Mings of the renowned Merciless Mings in Duarte, Calif., the place you go to for resurrecting Honda N600s of this vintage. The S600 Convertible is the rare one of this bunch, never offered in the US and believed to be one of only 111 S600 'Verts built in '66; it's also one of three Honda "S" sports cars up for sale in Elkhart. The three old-school Honda here have an estimated starting bid of $15,000 each. 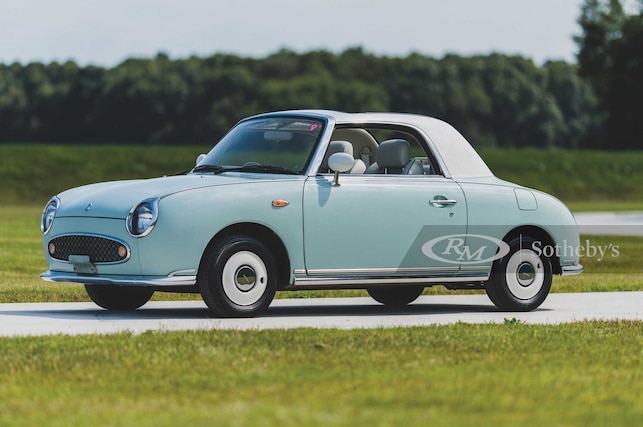 The Japanese classics at Elkhart also include a '72 S30 and HELLO, is that a Figaro?! We must take a moment to embrace our inner JDM nerd and geek out over the cutest Nissan America never got. It's a retro-inspired '90s Kei car with a goofy "fixed profile" open top that we want to put in our pocket, and whoever scores this one will surely have our deepest admiration.

The Z is a restomod (with an emphasis on the "mod") coming in screaming OE Lime-Yellow color (like the Z Proto!) Bidding on the '72 Datsun 240Z is estimated to start at $75k, while the '91 Nissan Figaro will begin at $20k.

Over 240 cars and wide selection of collectibles will be offered almost entirely without reserve at RM Sotheby's Elkhart Collection auction. The sale is set for October 23rd and 24th in Elkhart, Ind. For more information, hit up the RMS website.