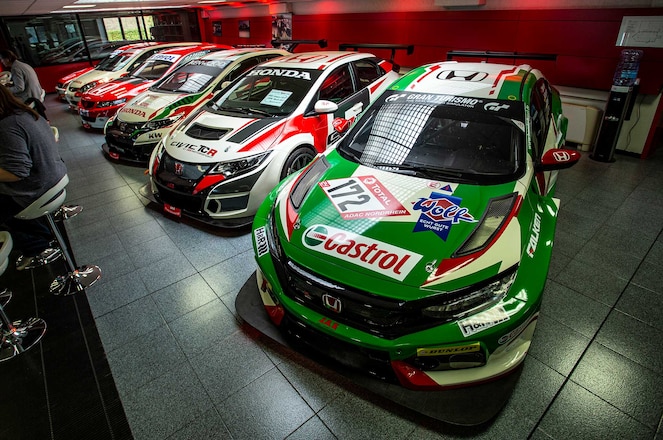 We don't blame you if you haven't heard of or paid attention to JAS Motorsport (pronounced "yas") before. Based just outside Milan, Italy, the company is an expert in two things: Hondas and racing. Unfortunately, JAS doesn't offer any off-the-shelf parts that you can get your hands on, nor do they campaign an official race team these days; however, what they've accomplished establishes them as one of the top brands to have ever partnered with Honda.

While originally getting a start as an Alfa Romeo racing team, JAS has developed a 22-year-long relationship with Honda building a range of pro race cars, many of which have claimed several victories and even championships. Some examples include 25 victories in WTCC from 2012-2017 in the Civic Type R, the Manufacturers' title in 2013, and more recently, with the TCR model, 17 major titles and 100 races won over the past two years as well as winning its class at the N?rburgring 24-Hour last year. JAS Motorsport is king when it comes to Hondas and assembling proper race cars and, lucky for me, I was invited on a private tour of their state-of-the-art facility last month at the same time as the global reveal of the Phoenix Yellow Civic Type R Limited Edition. 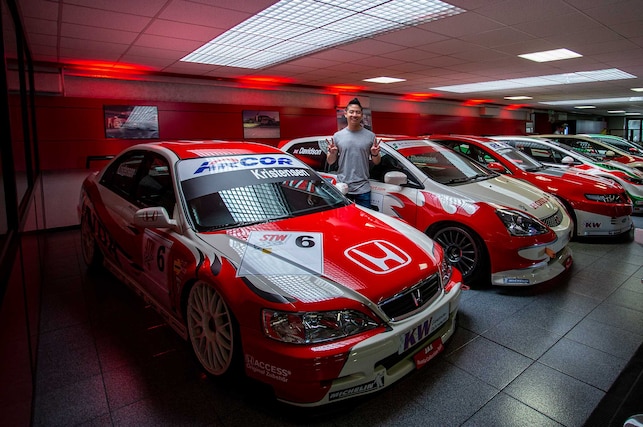 While the main reason for my trip was the Limited-Edition Type R, I had a few spare minutes to get a quick tour around JAS Motorsport. Time was extremely limited but what I saw was more than enough to validate JAS as a legit brand every Honda enthusiast should know about.

Smack dab in the center of the office rests a row of retired race cars and I was quickly schooled about how long JAS has been in the game. Getting a start in Germany's Superturenwagen (STW) series in 1998, the car that I gravitated toward most (and I had a photo taken with) was a Honda Accord driven by Tom Kristensen "Mr. Le Mans", which ran in both STW and BTCC in 1999-2000. The second car I was impressed by was the first Civic Type R that JAS was commissioned to build - the EP3, a total of which 25 were constructed. Following the EP3 was an FK2 and a total of 58 were spec'd for customers around the world. Finishing up the star-studded lineup were the current FK8 TCR and NSX GT3 Evo that JAS offers to race teams today.

What is TCR International Racing? 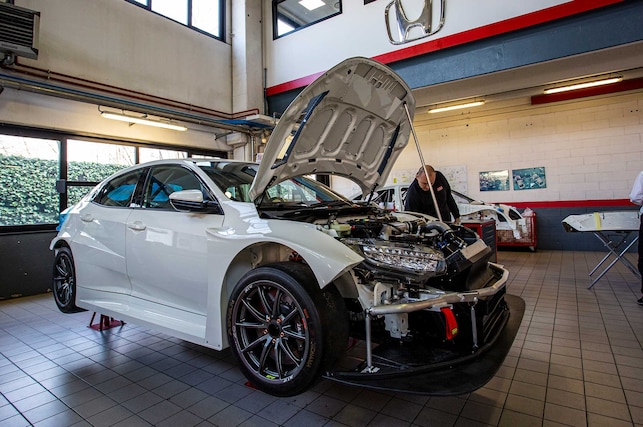 Two years ago was the first time I laid eyes on the Civic Type R TCR at the Geneva International Motor Show. It was honestly one of those cars that you can never forget about. It featured a full race-spec widebody which was unveiled before barely anyone back home had even begun modifying the FK8, not to mention its sheer presence and fit 'n finish was better than anything I had ever seen in a track-ready Civic. Since JAS started its FK8 program, they've delivered a huge number of TCR race cars to customers around the world - 84 from last year alone with a good chunk going to America for IMSA/TC America via HPD. Their name still remains a bit unknown here, but what I learned was that they have a unique relationship with Honda and HPD in sharing data, materials and support. There's no plan to offer their direct services to the U.S. market as not to interfere with HPD operations, but compliment them in every way possible.

ASSEMBLED AND CUSTOMIZED AT JAS

If you're privy to the latest Civic Type R, then you know they're built in the U.K. at Honda's Swindon plant, while the engines are produced in the U.S. This goes for the JAS Motorsport TCR cars as well, with the base chassis shipped from England and the 340hp inline-four turbo K-series engines prepped by HPD in Ohio (although calibrated and sealed by JAS using a MoTec ECU and custom wiring harness). All the other OEM parts come direct from suppliers, while a gazillion things are fabricated or machined by JAS themselves in-house, including: seam-welding, stronger suspension arms, cradles, ball joints stainless exhaust, twin-disc clutch, switch panels, oil cooler, ducting, radiators, sensors, pedals, rotors, pads, TIG-welded rollcages, composite body panels, adjustable splitter and rear wing. Some of the other high-performance goodies are outsourced like the Xtrac six-speed sequential, Ohlins dampers, AP Racing front brakes, OZ wheels and OMP seat; however, the use of 3rd party goods doesn't discredit JAS one bit, as they have to ensure each component and every inch of the race car is able to withstand a beating at the track, week in and week out. A total of 300+ hours are spent on each car, and without a doubt, the TCR Type R is the pinnacle of Honda racing today. 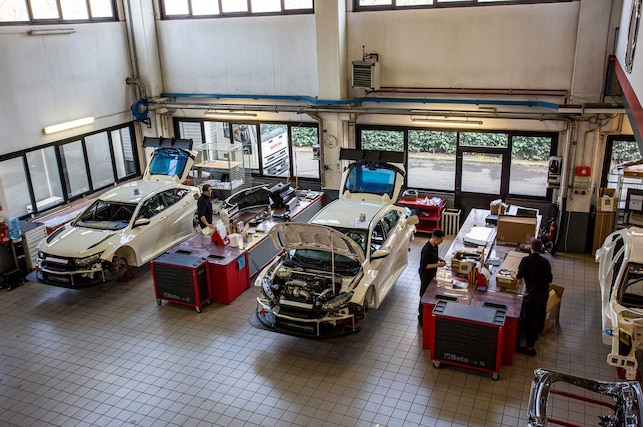 Now, what does something like a Civic Type R TCR cost, and are they for sale to anyone? Last December, HPD announced they would be offering these exact cars constructed by the hands of JAS Motorsport for $172,238 to legitimate race teams. Sounds expensive for a Honda, but considering the number of Honda teams that are claiming victories in their respective series, and after seeing the level of care and quality put into each vehicle during my tour, I think you have more than enough reasons to appreciate the folks at JAS Motorsport, who are masters of their craft and of Honda racing.

Stream and Binge the Full Season of 'NASCAR ALL IN: Battle for Daytona' now on the MotorTrend App!
SuperStreetOnline features