Home  |  Features  |  Saying Goodbye to the Lexus GS F (Until We Can Afford One...)
Subscribe to the Free

After more than 30 years and four generations, it's finally time to say sayonara to the once-popular, midsize luxury sedan, known as the Lexus GS. Secretly, the GS is one of my favorite cars of all-time, in particular the second gen S160... Why you might ask? First off, its JDM counterpart, the Toyota Aristo, was the twin-turbo 2JZ-GTE sedan we wish we got over here. Secondly, well, my dad daily-drove a silver GS300 back in the day, so it was simply my favorite car growing up. I didn't have as big of an emotional connection with the first- and third-gen models, but after Lexus gave birth to the fourth iteration with a flagship GS F, I was once again infatuated.

My first memory of the GS F was one I'll never forget, ripping around the backroads of Madrid while hitting triple digit speeds lapping Circuito del Jarama—a former Formula One track from the '80s. To be clear, for a Japanese OEM to fly out media to Spain for the sole purpose of abusing their brand-new rear-wheel-drive sports sedan meant that they were pretty damn confident in what they'd engineered. Pushing the limits of the GS F in Spain was nothing short of spectacular and I kept wanting more. It danced around like a sophisticated sports coupe; not a heavy luxury sedan; in fact, it even felt easier to drive than its little brother, the RC F. 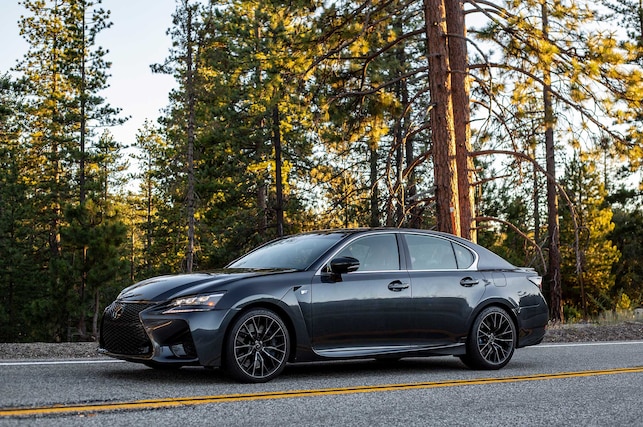 The roar of its 2UR-GSE V8 was addicting while power delivery was smooth to redline with the 5.0-liter producing 467hp and 389 lb-ft of torque. Its eight-speed automatic (AA80E) doesn't shift as quick as dual clutch transmissions but does a commendable job and still offers rev-matching downshifts. In case you're a numbers guy, the GS F goes 0-60mph in 4.5 seconds with a 12.9 quarter-mile time at a strong 110.9mph as tested by MotorTrend, not too shabby for a slightly plump midsize car. Straight-line speed wasn't the GS F's calling card, however, but features like the active differential, double wishbone front and multi-link rear suspension with forged arms, plus stiff chassis tuning kept the GS F firmly planted on the pavement—a vast contrast to Lexus vehicles of the past.

The interior followed suit with those sporty seats (love the design and ergonomics!), premium materials and executive-like cabin. Perhaps, one of my one only gripes of the GS F was its modest styling. It just doesn't do enough to elevate itself as a top-of-the-line model, aside from the slightly odd quad exhaust tips, carbon rear spoiler, 19-inch forged wheels and Brembo big brakes. Don't get me wrong... The GS F spirit emanates luxury and performance, and I can attest to the car performing on the windiest backroads and a highspeed track. At the end of the day, though, it wasn't enough for Lexus to keep it around, and this is why... 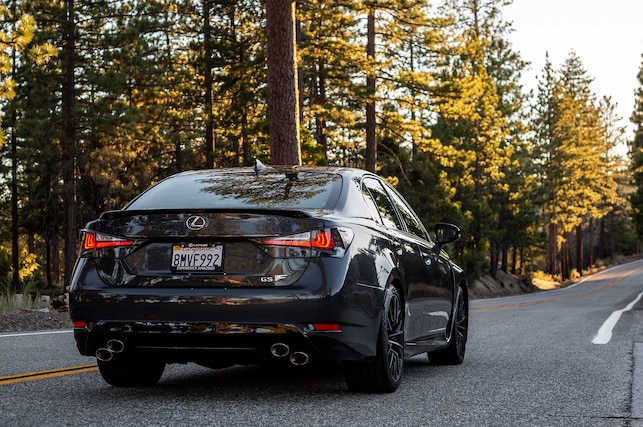 Sales of the GS plummeted last year. When I say plummeted, well, it's bad... Lexus sold 3,378 GS models compared to the 51,338 units of its smaller, front-wheel-drive ES. In the grand scheme of things, the GS accounted for only 4% of Lexus' 2019 sales. In the entire mid-size luxury segment, that means the GS represents less than 1%, which brings me to my next point... We can all agree it sounds lovely, has some really premium features, well-built quality and checks all the right boxes. Let's face it though, it went up to bat against some really daunting opponents like the more established BMW M5 and Mercedes-AMG E63. This is also in a segment of niche sedans that perhaps didn't leave room for the new kid in town to take a piece of the pie.

The demise of the GS and GS F isn't a shock to many of us, but for what it's worth, the car will be missed for sure. It's definitely crossed my mind to pick up a second-gen GS like the one I fell in love with during my childhood and convert it to the turbocharged 2JZ-swapped Aristo of my dreams. Maybe years from now I'll be scouring auctions and used car dealerships for a low-mileage GS F to bring me back to those country roads of Spain. It's definitely too rich for my blood at $85K, but when value begins to drop, you can bet I'll be one of the first in line to scoop up this future JDM cult classic. Who knows if by then naturally-aspirated V8s will even be around, but that's a topic for another time... 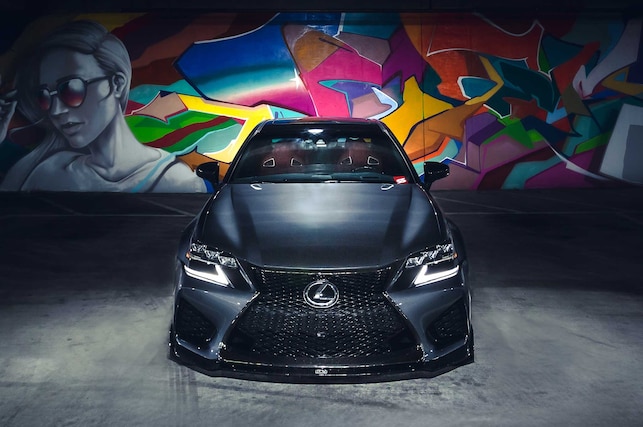 Saying Goodbye to the Lexus GS F (Until We Can Afford One...)
Photo /

VIEW SLIDESHOW
1 - 9 OF
Saying Goodbye to the Lexus GS F (Until We Can Afford One...)