Home  |  Features  |  Would You Chop Up Your Dream Car? $15K+ Liberty Walk Body Kits Designed For Lambos, Ferraris, GT-Rs, & Now The LC 500
Subscribe to the Free

Would You Chop Up Your Dream Car? $15K+ Liberty Walk Body Kits Designed For Lambos, Ferraris, GT-Rs, & Now The LC 500 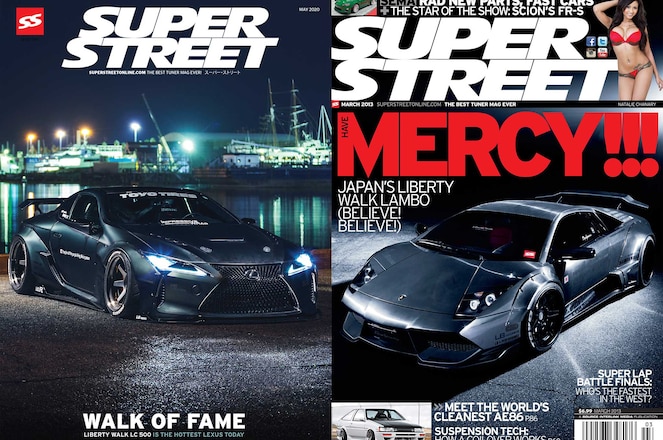 In November of 2012, the world really didn't know what was about to hit them when Japan's Liberty Walk unveiled a Lamborghini Murcielago at the 2012 SEMA Show. A $280K, mid-engine, all-wheel-drive supercar with 571hp on tap courtesy of a screaming V12, but to everyone's surprise, it wasn't what was under the hood that broke the internet. Liberty Walk had shockingly chopped up the factory flares to accommodate riveted over-fenders and the result was nothing short of stunning. Complemented with more aggressive bumpers, diffusers, side skirts and a rear wing, the 2004 Murcielago helped kickstart the widebody movement and did it in a way where you either loved the idea or hated them for cutting up a perfectly good supercar.

The following year, Liberty Walk struck again, this time with a Ferrari 458 Italia and R35 Nissan GT-R. All three cars stole the SEMA show and left lasting impressions on the entire industry as Liberty Walk builds could be seen around the world for years to come. 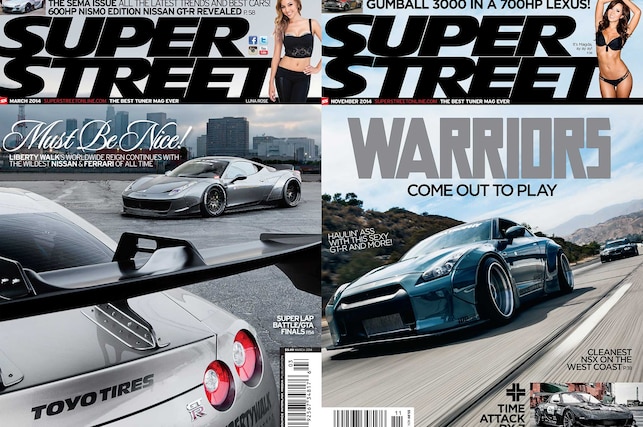 Today, eight years later, Liberty Walk offers several body kits and wide fender conversions, mostly for high performance European cars such as the McLaren 670S, Audi R8, BMW i8 and Maserati Gran Turismo. They've also expanded the Lamborghini and Ferrari lineup to include the Huracan, Aventador, Gallardo, 488, 430, 360 and 380 GTB. The company's latest creation was shown off at the Toyo Tires Treadpass at SEMA with recently featured Jay Cray's LC 500. These conversions remain some of the boldest on the market and don't come cheap, either, with kits ranging from $15K to $50K. Simply put, they aren't meant for everyone; however, they do attract a niche of enthusiasts that simply don't give a f*ck and want to stand out from the crowd no matter the cost. 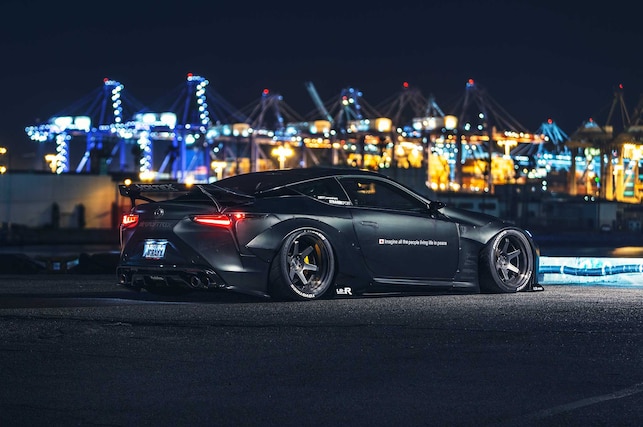 TO CUT OR NOT TO CUT

I've personally been on the fence about widebody conversions. Our own "Ratchet Bunny" Scion FR-S project car rocked one of the first Rocket Bunny kits back in 2012, but would I still do it today? While I can marvel and appreciate the presence and swag of every Liberty Walk build, I personally wouldn't cut up the fenders on a perfectly good project car. Last year, I did have the opportunity to go with a Pandem widebody on my Toyota Supra if I wanted to, but I couldn't bear the thought of cutting up the fenders, especially when the stock body was already so wide and aggressive to begin with. So, with that said, while I don't have the balls to do it anymore myself (maybe I'm getting too old), I do have a lot of respect for anyone who decides to go wide, even if it's not my cup of tea.

Last month I decided to bring back magazine covers as it was one of my favorite parts of the job, and also the most important element of our print publication. With the help of art director Ryan Lugo, we came up with a couple of new designs featuring Daniel Wu's Honda S800, and the covers became a hit on Instagram. So, for this month, with the help of exceptional photographer Viet "V" Nguyen, we're excited to showcase Jay Cray's LC 500 in all its glory, as if it were on the newsstand. Enjoy this month's cover and feel free to download past Liberty Walk covers from our archives here: