An authentic Mercedes 190E Evolution II is worth about $200,000 today. Crazy, right? Especially when you take into consideration that it doesn't even pony up 250 horsepower. But while you might not think twice about the 2.5-liter AMG motor today, it's what this boxy sedan meant back in the early nineties that makes it incredibly invaluable and sought after by hardcore motorsport enthusiasts.

The first 190E Evolution I model was introduced in 1989 as a homologation special, meaning the car was manufactured in an extremely limited run volume to meet a race sanctioning body requirement. That sanctioning race series would require a certain number of street cars to be produced to allow the vehicle to compete. This was a practice quite common in rally and touring cars. 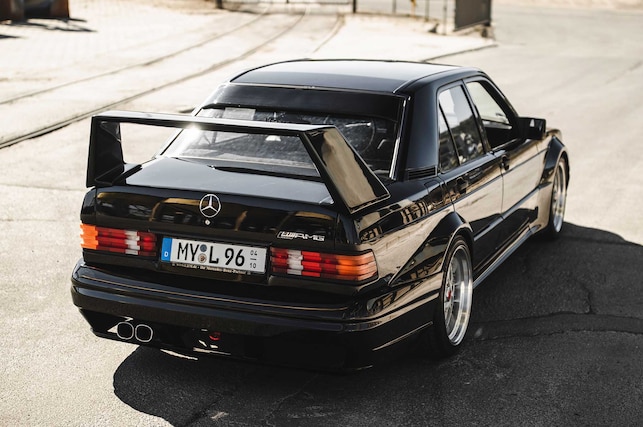 The 190E Evolution I was born and allowed Mercedes to compete in Group A touring car racing. Unfortunately, Mercedes didn't fair too well in its first year, falling short behind both BMW and Audi. So, engineers went back to the drawing board and developed Evolution II, and the race version went on to take DTM manufacturer titles in 1991 and 1992.

The competition car muscled 367hp, however, the street model Cosworth-tuned engine only mustered 232hp. The rest of the Evo II, however, was extremely unique with a proven widebody aero package and large adjustable rear wing. There are also better brakes on the road car, a sweet hydraulic rear suspension and 17-inch wheels. With only 500 ever produced, you can imagine these 190Es became an extremely hot commodity after Mercedes claimed victories, not to mention the race series altered its rules discontinuing the need to manufacture the Evo II. Nowadays, a real deal Evo II is virtually impossible to own unless you're ready to fork out nearly a quarter million on one, which is why enthusiasts like Leon Kwiaton did the next best thing and recreated one of his own with a little twist. 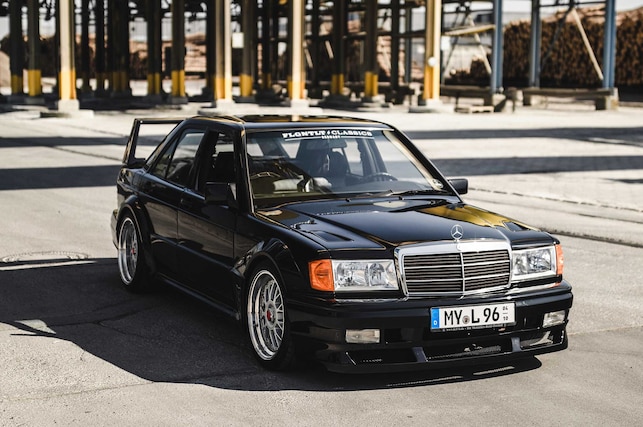 I discovered Leon's 190E on Instagram as it's not every day you see the curves of a '90s-era, DTM-inspired street car come across your social media feed. After striking up a quick conversation with him, I quickly found out he was based in Germany and was also just a mere 23 years of age. My fingers were crossed hoping his car was in fact one-of-500 legitimate Evolution IIs, but upon closer inspection, there were some styling cues that didn't add up. In the end, though, it wasn't too big of a deal and I could appreciate what Leon has accomplished thus far with his project car. I'd just met a young man who was born seven years after the Evo II was launched, yet he'd somehow managed to fall in love with its racing heritage and vowed to build it as one of his dream cars. It might not be the $200K rare treasure I'd hoped for, but major props go out to Leon for not letting that stop him from building a clean project car that takes inspiration from the O.G. Evolution II.

Special thank you to Meik Schneider for supplying us with this exclusive photoshoot. 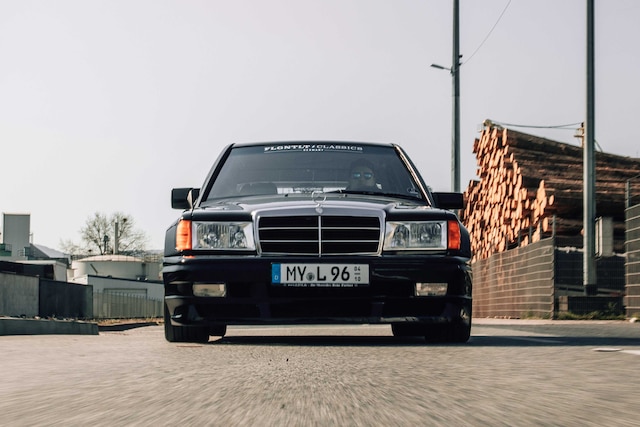 What's your background in cars?

I grew up in a car family, so it was clear from the beginning that I would go crazy like my father. Cars are more than a hobby for me. I live out my passion.

What cars have you owned and built?

I always wanted to own an Evolution II but an original one is priceless. So, I decided to build my own and create a modified form of an Evolution II—a mix of road and DTM vehicle. 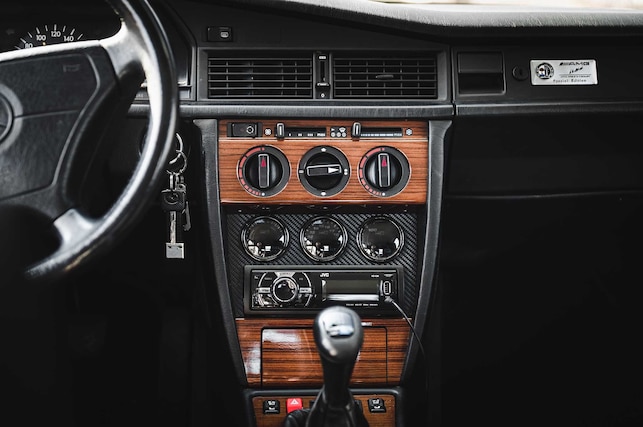 What makes this build special?

I started building the car with my father at the age of 15. The 190 was completely restored, rebuilt and repainted. Every screw on the vehicle has been moved in this way. Every change on the vehicle is carefully considered and planned, for example, the vehicle never had the ventilation outlets on the hood. These are things that I simply implemented according to my ideas.

Lastly, what's next for the project?

The Evo will never be completely finished. I will always have an idea or an improvement for the vehicle, but one thing is clear, the Evo will always remain in the family because there are just too many memories, work and love in the car.