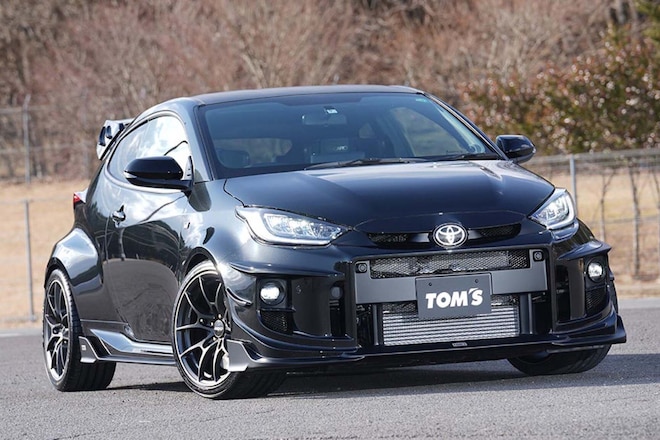 We've produced multiple, juicy nuggets of content based on the release of Toyota's "mini but mighty" GR Yaris and we're not alone. It seems the globe is completely enamored with the lil' guy, and what's not to like? It sports a traditional 3-door hatchback style that most everyone seems to prefer over modern day 5-door layouts, it remains compact (it's tiny by today's standards) and it's unapologetically aggressive, especially when viewed next to its non-GR siblings. Add to that an over-eager, turbocharged 3-cylinder clawing at the tarmac with AWD grip and it's not really a big surprise, at least to enthusiasts, that Toyota's got a winner on their hands.

Well, as good as all of that sounds, things are only going to get better (at least for those of you outside of North America) as tuning groups take a stab at making improvements to the little monster. Groups like TOM'S, for example, who unleashed their version during Tokyo Auto Salon's virtual event where we touched on the car briefly but now have a few more pics to dig into for a better look. 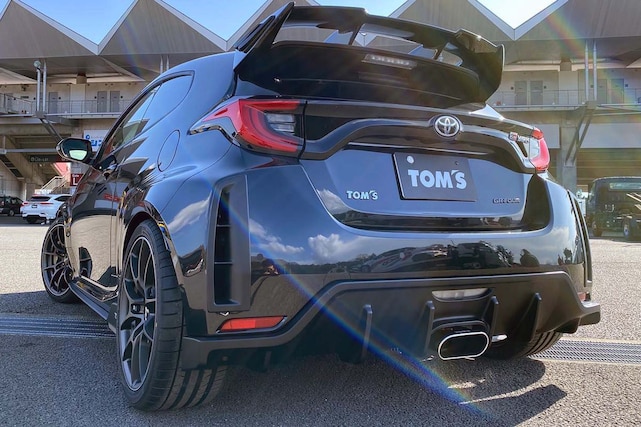 Down the Hatch
With the GR Yaris taking the 3-door route and also maintaining its very small dimensions, the rear side windows are squeezed tightly between the roof line and quarter panel and the GR's wider rear arches exaggerate that even further. TOM'S chose to play on those muscular curves by adding vertical vents to the trailing end of the rear panels. As sporty as the original is, this version adds a more race-centric feel. Squint or "pinch and zoom" and you'll notice that the vents aren't part of a new over fender, but actually a part of the rear bumper replacement.

The lower portion of the TOM'S rear upgrade incorporates a more pronounced diffuser that houses the brand's single oval exhaust tip in lieu of the factory dual exhaust finishers. Up above, the factory wing is topped with a spoiler that features end plates which align with the roof's edges and a pair of pedestals in the center. Angled upward, the add-on feels every bit as rally inspired as the GR Yaris itself. 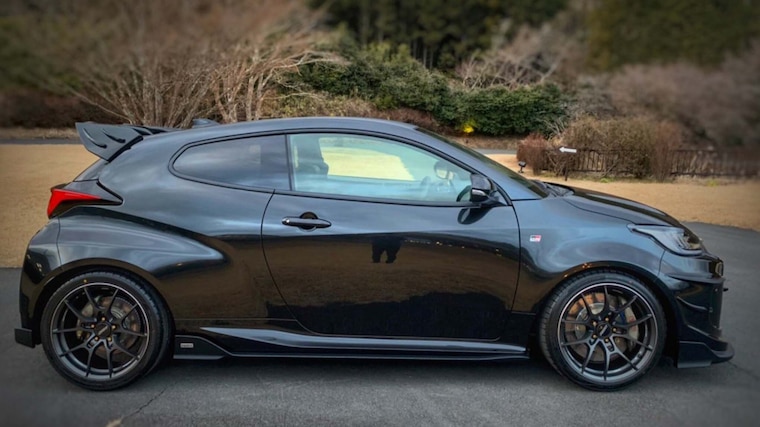 Stylin' and Profilin'
The wing adds a much needed "stretch" to the car's stout profile and obviously the stock wheels weren't going to cut it, so TOM'S opted for a set of forged Volk Racing G025 wheels with Dunlop Sport Maxx tires. The original suspension, though sporty, doesn't offer the sort of adjustability TOM'S needed so they installed Luck Auto Equipment's eL-Sport V1 DFA coilovers. Thin side diffusers, similar to the ones you'll find on an FK8 Civic Type R, sit under the factory side skirts and bring the car down a little further. 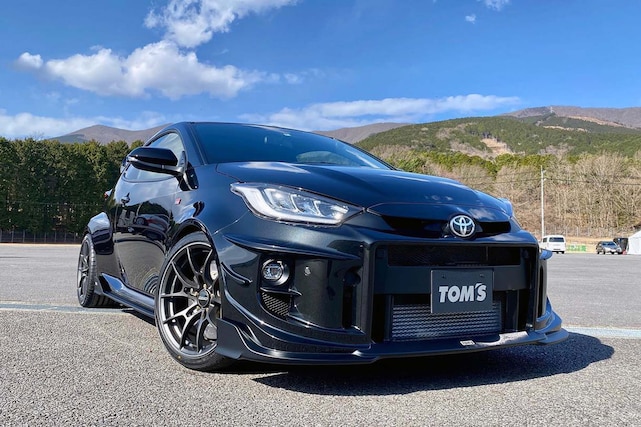 Hip to be Square
Up front, the boxy factory bumper is substituted with TOM'S version which offers a more sculpted look with sharper outer edges and small, integrated canards along its sides. You'll find slightly larger grill openings on either side of the Toyota logo, but the boxy main grill area, still separated by a plastic divide where the license plate mount resides, is even more squared with this new version that uses a perfect rectangle and offers presumably more airflow. A splitter with winglets is molded into the bumper's lower portion and the factory fog lights are moved upward a smidge, leaving space underneath for what we have to assume are brake cooling ducts.

Let the Games Begin
Though we weren't able to track down any interior photos, we do know Recaro buckets replaced the factory seats and carbon fiber panels took the place of the original door cards. Also, anything deemed unnecessary in the way of creature comforts was ditched to save some additional pounds on the already lightweight hatchback. Still under development, power numbers haven't been announced but we expect TOM'S will apply an ECU and intake upgrade to complement the exhaust and they should have no problem bringing output up and over the 300whp mark. We've seen others jump on the tuning platform early as this newly introduced Toyota has quickly become a fan favorite and is no doubt going to be modded and modded heavily as development efforts continue. 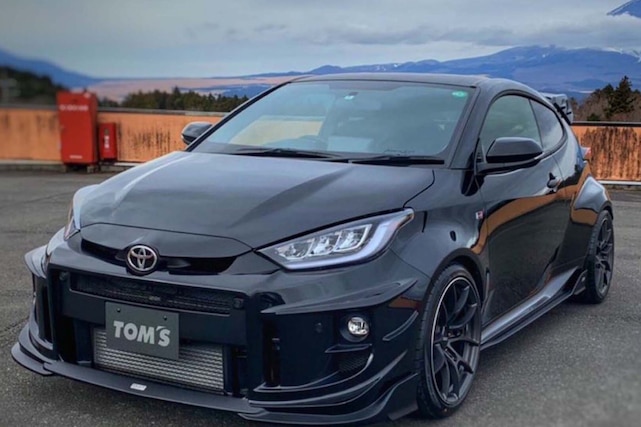 Side Note: So, who's TOM'S?
Tachi Oiwa Motor Sports - the name is based on its founders, former Toyota Works driver Nobuhike Tachi, and performance sales specialist, Kiyoshi Oiwa. The duo joined forces and worked on Toyota motorsports development in 1974 after establishing TOM'S and produced solid results at arguably the worst possible time to take on something many considered "fringe" at best, at least by automaker standards, seeing as how the oil crisis of that era was wreaking havoc. Nevertheless, Toyota saw potential and embraced their efforts and in 1975, TOM'S officially became a Toyota authorized tuning shop and, over four decades, built a resume of greatness.