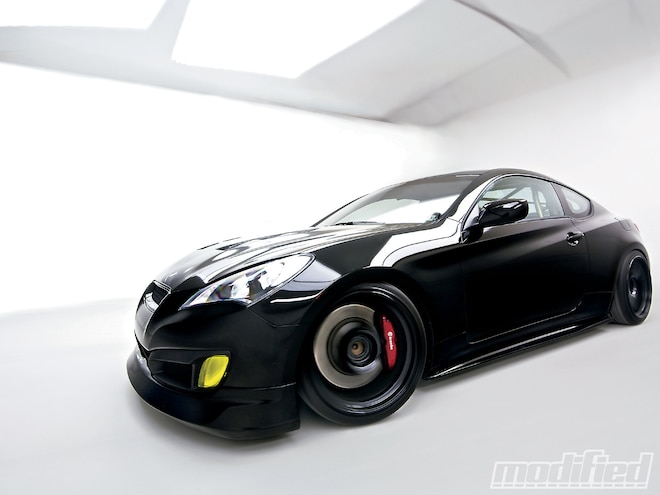 In the ever-evolving world of cars and automotive performance, it can be difficult to stay up to date on everything. Trends come and go, and what was cool yesterday may very well suck today-or the other way around. Not too long ago, most people would laugh at the idea of modifying a Korean car. To most Americans, a Korean car was a cheap entry-level option that wasn't really cool in any way, but within the last several years, Hyundai has stepped its game up in a major way. The 2009 introduction of the Genesis Coupe to the North American market has shocked and surprised many aftermarket companies and enthusiasts across the globe; now many former haters have been taken aback and struck with the sentiment of, "Wait, that's a Hyundai?" 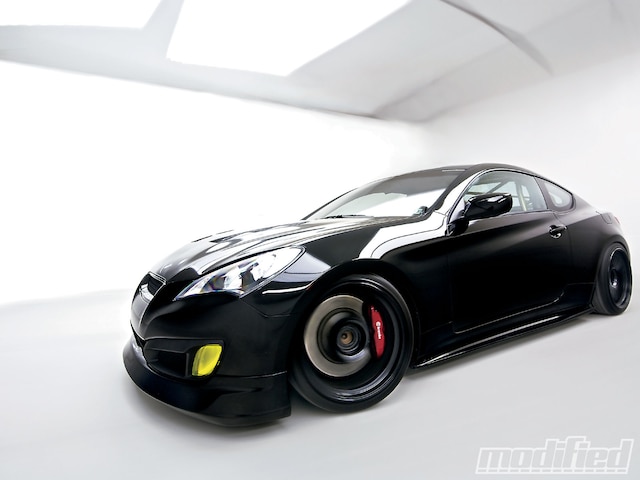 Jay Kim is no stranger to Korean cars and the lack of love from the world tuner market. As the owner of Seoulful Racing International, a KDM specialist (yes, Korean Domestic Market), he has been around the block a time or two when it comes to finding cool stuff for Korean whips. Born and raised in South Korea, Jay first became interested in cars when he moved to Canada to study abroad.

"Not a lot of people were modifying Korean cars in Canada and the U.S. at that time; there were hardly any parts available," Jay says. After owning a few JDM cars (namely S-chassis Nissans) and enjoying them in Canada, Jay found himself back home in Korea and he saw that the scene for KDM in the heartland was far different than across the Pacific. There were dozens of shops specializing in parts for cars that had next to nothing for aftermarket support in North America. After looking around and test driving a few done-up shop cars, Jay built himself a boosted Hyundai Tiburon and his passion for KDM cars truly came to life.

While waiting to serve in the military, Jay had plenty of time on his hands, so he got to work establishing an online message forum to help connect KDM enthusiasts across the globe. His love for cars had found a new spark back home in Korea, pushed along by the availability of parts in the motherland. The once small interest group of KDM tuners was quickly gaining notoriety, and Jay got in right on time. One thing led to another and eventually Jay and his wife settled into life stateside, which has given him the opportunity to present some cool KDM toys to us here in North America.

Jay's Hyundai Genesis Coupe is a lovely example of a nicely balanced performance machine. On the outside, a carbon-fiber hood and trunk from Seibon as well as a carbon-fiber rear diffuser cover from Sequence-X give a subtle, affective addition to the car's all-black theme. Equipped with black housing KDM headlights and KDM taillights, Jay has added just the right amount of overseas flair to his Genesis' exterior without going overboard. Much like the more familiar Japanese cars, KDM cars have many interchangeable components with their USDM counterparts. Swapping even simple, subtle things can make a world of difference when you want to stand out from the crowd.

The interior of the Genesis has also received several nice upgrades, sticking with the clean and subtle theme. A pair of Bride Gias seats with matching Bride gradation upholstered door panel inserts provide plenty of comfort for the driver and passenger, as well as a bit of JDM style in this KDM car. DEFI gauges, a NRG quick release and a Nardi steering wheel are familiar pieces that feel right at home inside the Genesis, finishing off the aesthetic interior package.

Jay wanted to showcase not only the aesthetic parts available in the Korean Domestic Market but also the Hyundai's performance capabilities. "When I first moved back to Korea after college," Jay says, "I noticed there were many more modified Hyundai's there than in the States and Canada. I built a 480hp Tiburon as one of my first KDM cars." The Genesis is a hefty car, weighing in at nearly 3,300 lbs, but the 3.8-liter V-6 mated to a 6-speed RWD transmission is more than capable of getting the Coupe on its feet. Upgraded with a pair of beefy GMS performance camshafts, a custom re-flashed ECU and the usual bolt-ons, this Genesis puts down nearly 320 hp to the rear wheels, and that's nothing to scoff at.

Power without control is never a good thing, so Jay paid close attention to the suspension tuning on his Genesis. The custom Luxon roll bar helps stiffen the chassis from inside, while Luxon strut tower bars and a rear subframe bar tighten up the footwork from outside. A set of Neotech LE coilovers were selected because of their wide range of adjustability and versatility for both street and light track use. "I would like to hopefully attend some local drift and time attack events this year," Jay says. The car sits on massive 19-inch AME TM02 wheels wrapped in sticky Cooper tires, and the brakes have been upgraded to factory four-pot Brembo calipers from the Genesis 3.8 Track model and have been paired with slotted race rotors from RDD.

Jay tells us the goal with the Genesis is to show the North American market some of the things it's capable of. Many of the brands might sound unfamiliar, and that's because a few of these companies specialize in KDM only. With the growing popularity of Korean cars in the performance realm, we can expect to hear these names more and more. Along with the expanding appeal of Korean cars to other world markets, we hope to see more Hyundais getting treated to the same kind of goodies their JDM cousins are used to. Jay and Seoulful Racing aren't finished with the Genesis, either; they're in the process of developing a supercharger kit, which should be available soon. As we know, the scene changes quickly these days, and cars like Jay Kim's Genesis Coupe are prime examples of how to stay on top of the game.

Worthknowing Car enthusiasts in North America who want to stand out from the crowd are used to the pains of importing rare overseas parts; pretty much every car brand (be they Asian, domestic or European) has different models and trims available for different world markets. KDM is no exception, and as a North American enthusiast you can expect to jump through similar loopholes to get your hands on rare KDM parts. But where would the fun be if it were easy?

Thanks I'd like to thank all of my people at Seoulful Racing in the U.S. and Korea, my wife and son, 7ism, Neotech, Sequence-X, Super Lux, M&S, System Upgrade, Luxon, Roadruns, WCF and Union forum members 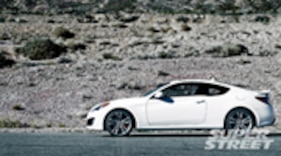 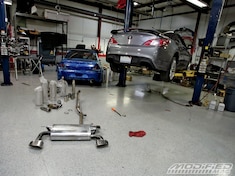 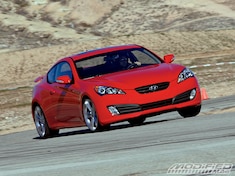 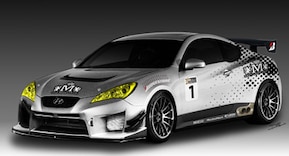 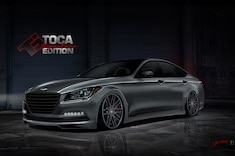 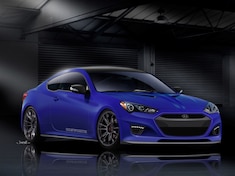 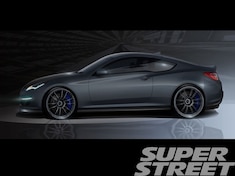