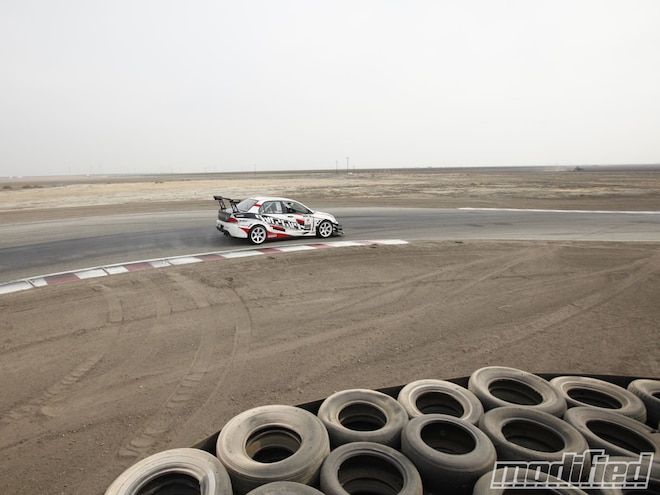 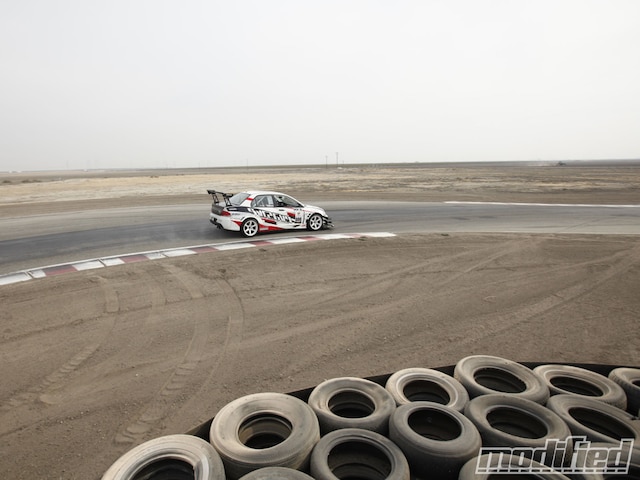 Buttonwillow Raceway Park, located between Los Angeles to the south and San Jose to the north, is a name many of you are most likely familiar with, given its popularity for magazine testing and time attack competition. But if you've never actually been there, what you don't know is the unique smell this agricultural region of central California has - a scent former Redline employee Dan Houser once described to us as, "A mix of tuna and cow shite."

What Buttonwillow lacks in ambience, it more than makes up for with its technical and challenging layout, the most popular course being Configuration #13 in a clockwise direction (see map). Billy Johnson, driver of the FXMD Acura NSX, has written a comprehensive corner-by-corner guide to this configuration for motoiq.com, so we're not going to attempt to outdo one of America's top young racing drivers by doing the same.

Instead, here are a few of our musings about Buttonwillow. For a basically flat track, it has a good mix of turn shapes and speeds, as well as just enough elevation change and camber change to make it interesting. The track's strongest feature is Lost Hill (also known as Phil Hill and Magic Mountain), a tricky hilltop right-hander with 15-feet of rapid elevation change. The fact that the radius of the turn closes after you crest the hill and the track falls off camber at the same time makes it all the more interesting. Take the right line and you can carry a surprising amount of speed through Lost Hill, especially if you're willing to attack the apex curbing and get some air under the inside tires. Carry too much entry speed and turn in a little too late, and you'll almost certainly end up in the dirt with that unique Buttonwillow stench in your pants.

It may not have the history or reputation of Laguna Seca or Infineon Raceway, but as the location for the Super Lap Battle finals, Buttonwillow has become the definitive U.S. time attack course with respect to lap-time records and bragging rights. Anything under 2 minutes is considered very quick around Configuration #13, which gives you an idea of just how fast the current SLB record of 1:43.5 is, set by Nob Taniguchi in the HKS CT230R Mitsubishi EVO VIII back in 2007.