From afar, when you look at the WORLD Racing AWD Scion tC, it resembles Chris' old FWD car with the body lines being somewhat similar. 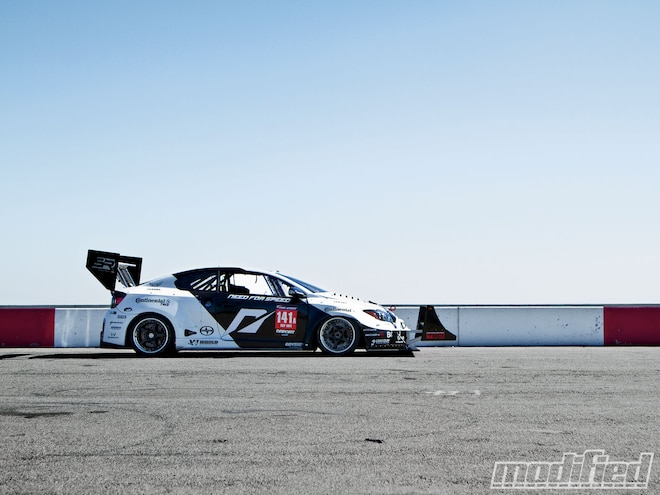 There are few people out there who push the boundaries of motorsports like Chris Rado does, so when word came to me that his new AWD Scion tC time attack car was completed and ready for testing, I knew I had to be there to personally witness the crazy concoction Chris had brewed up. 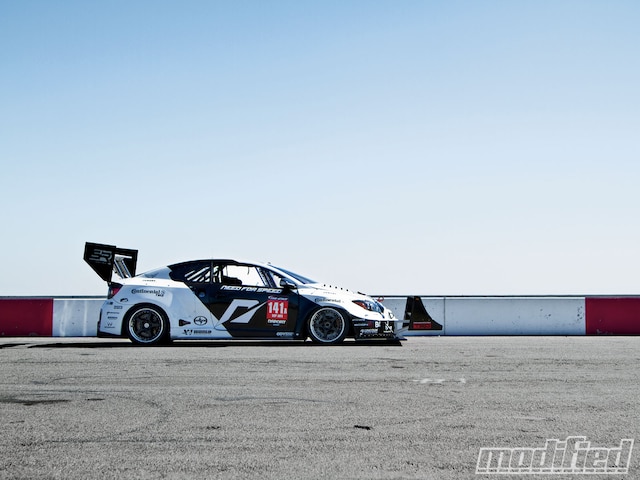 From afar, when you look at the WORLD Racing AWD Scion tC, it resembles Chris' old FWD car with the body lines being somewhat similar. But once you get up close and really start snooping around, it's quite apparent that this is a whole new beast - one whose AWD drivetrain has been painstakingly custom built and looks more fit for an Abrams tank than a time attack car. That's Rado, though, he's not one for building things the conventional way, nor half-assing them.

If design and fabrication fascinate you like they do me, then it's easy to get lost inside the tC for hours. Every time I look at the car, I still find a part or design cue that I hadn't noticed before. It's the drive and dedication to building an innovative, unique and even controversial time attack car that really separates Rado and his Scion from the rest of the field.

Chris could have built an EVO and probably spent half the time (and money) doing so, but his commitment to Toyota and to bringing something exciting and new to the table is what I admire most about it him. Onlookers sometimes scratch their heads and don't understand why he does things the way he does, but unless you get to know the man behind the cars, you may never understand.

There are already grumblings of how well the new Scion will perform and whether it has the capability to break records, but if you look at Chris' past accomplishments, everything says he will achieve his goals. They may not happen overnight - there's still plenty of testing and tweaking that needs to be done to a car this new and unique - but from what I saw at the first shakedown, the AWD Scion is the real deal. Once it's in top form, WORLD Racing is going to be one heck of a force to be reckoned with.

A Sneak Peek At Excerpts From This Issue
The ergonomics are simply excellent and well thought out in the IS-F, as everything that needs to be is within easy sight and reach.
First Drive
P.24

The S15 motor is more powerful and more modern, and is equipped with a variable valve timing system.
Golden Child
P.36

After the 600hp RB26-powered S30 Watanabe made for the Tokyo Auto Salon earlier in the year, he wanted to concentrate on using all of his company's expertise to create the ultimate driver's Fairlady Z.
Carbonized Classic
P.48

Weak ignition coils are a source of frustration for a lot of RX-8 owners, since these lead to loss of power and catalytic converter function, in some cases even leading to destruction of the cat.
Project RX-8
P.66

The custom pinion sleeve is a very important part of the build process and is a solution that has been employed in racing/high-power applications for years.
Project S2000
P.70