In the world of motoring, inspiration and ideas can come from many places. 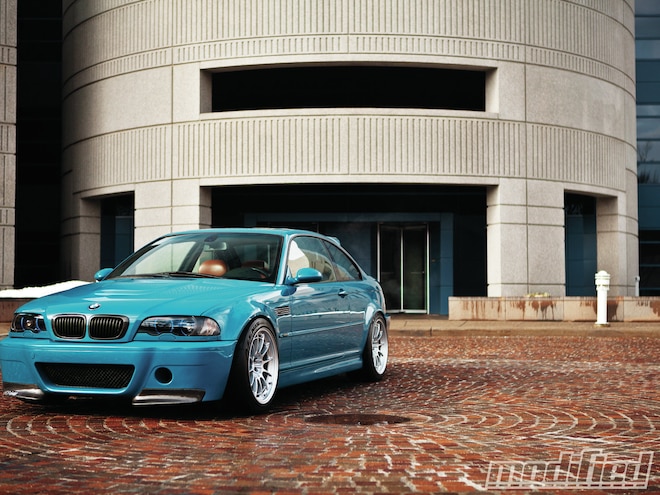 In the world of motoring, inspiration and ideas can come from many places. The influence of Japanese styling has impacted many tuners and enthusiasts across the globe, be they from Europe, South America, Australia or nearly anywhere else. If you take a look at Franco Regalo’s E46 M3, you’ll see the JDM flavor right away, and there’s a very good reason for that. 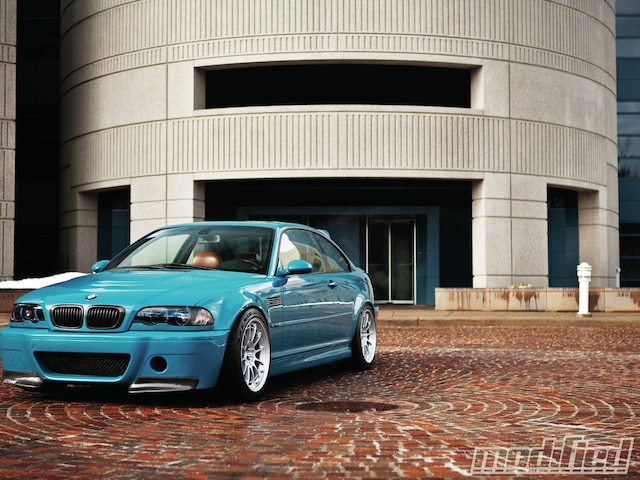 Having grown up in Argentina (he now lives in Maryland), Franco spent his youth surrounded by cars. He and his father spent many hours wrenching on them, and Franco has owned some very cool rides over the years. “My father and I have been dealing with cars pretty much since I was born,” Franco says. “The passion, I was born with it.” Due to the much different importation laws in his native country, it was possible for Franco to fall in love with sports cars in a more diverse way than many of us here in North American can.

“I have had anything from a ’65 Mustang to a RHD RX-7, JDM Silvias — I’ve been basically all over the place,” he recalls. Always looking for the next best thing, Franco knew he wanted something a bit different after selling his beloved RX-7. The BMW M3 came to the forefront of his search because it’s a balance of power and class. With such a capable chassis, the choice to pick up a Laguna Seca Blue E46 was a wise one, indeed.

On the outside, the iconic Laguna Seca Blue paint is immediately eye-catching, as are all the carbon-fiber body parts. Continuing with the JDM theme, Franco has chosen a set of beefy 18x10-inch Enkei NT03-M wheels and Falken Azenis 615K tires. With a 10mm spacer in back, the car sits just right. There’s no mistaking this for you average commuter BMW.

Under the hood, the M3 is modest. Simple bolt-ons provide enough grunt (and audible chocolate) for now, but in the future, Franco plans to increase output in the form of a supercharger kit. His goal is to address this as the next phase, because power delivery is the one area that the E46 tends to leave people wanting more. With hopes of 450 or so rear-wheel horsepower, this should do the trick!

Building upon the already well-dialed-in factory suspension dynamics, Franco has installed some key upgrades to help the M3 really stay on its toes. A set of Bilstein PSS9 coilovers paired with Eibach sway bars start things off, and to take it a step further toward becoming the real ultimate driving machine, he has installed a full set of urethane bushings. This mod is usually reserved for track cars or weekend cars, but Franco is no softy — he drives the M3 several times a week and proudly beats on it as much as he can.

“[The car] has about 135,000 miles on it, which is quite a lot for an M3,” Franco tells us. We’re glad to see a high-performance car like this being driven hard and on a regular basis. Hopefully, soon we’ll see a nice supercharger under the hood to take it one step further. Good show, Franco.

Why We Picked It
Franco has good taste in cars, and he’s not afraid to think outside the box of typical genre-specific tuning. Purists might argue against his style choices, but we think the JDM flavor and race-inspired theme he has injected into this E46 is something more BMW owners might look to follow in the future.