This Cressida is a picture-perfect example of a true street-sleeper. 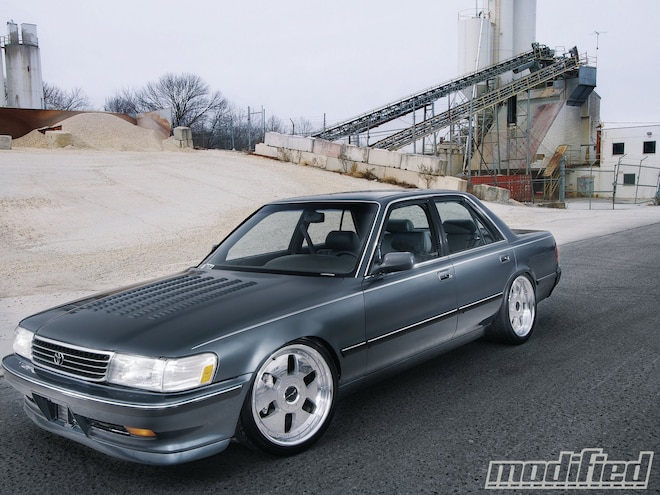 When we hear the words “Toyota Cressida,” speed isn’t necessarily the first thing that comes to mind. Yes, we’ve seen a few swapped Cressies in the past, and there are plenty of clean-looking examples with VIP-esque themes to them. But 9 out of 10 Cressidas remain stock, or worse, they have deteriorated beyond the point where a reasonable person would want to restore the car. This exact fact is why we like Danny Rodman’s car so much. Not only has Danny taken a less-than-common tuner car and made it his own, while managing to shy away from the most common styles for the vehicle, he has gone a step further and stuffed a Supra motor into it. Intrigued? We certainly were. 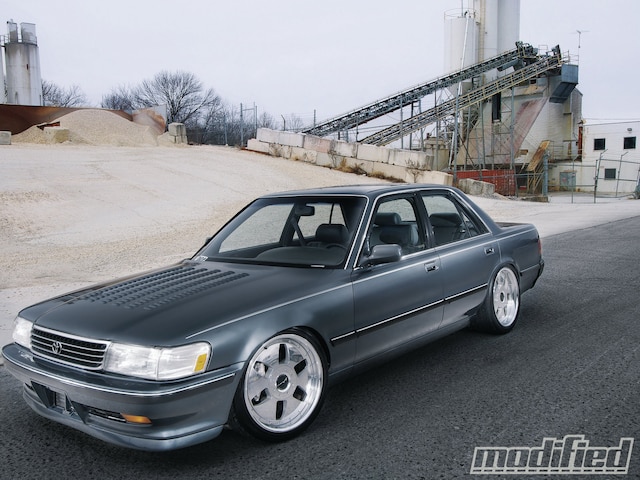 Danny has always been a car guy. Having grown up in a household with a mechanic father, he began turning wrenches at a young age. “I followed my dad’s passion for cars,” Danny tells us. “I have always liked hot rods and rat rods, but I started out building Hondas. My first car was a ’91 EF Civic with a B16A that I completed in 1999. A few years later, I purchased a salvaged ’95 Acura Integra GSR that had been stolen; I put it back together with a JDM Type-R front end, 5-lug and a JDM [Type] R swap.” Clearly, Danny isn’t afraid of a little hard work and elbow grease, and the Cressida build in his future would prove to be a great way to move on up to something more beefy than a Honda B-series swap.

“My friends were all driving 2JZ-swapped cars,” Danny recalls. “They had MkIV Supras and 240SXs, so I wanted to build something with four doors and a JZ swap.” We respect Danny’s choice to be different, and although the 2JZ motor is a very popular swap amongst sport coupes, seeing one in a four-door sedan is a less common occurrence. “I found my Cressida on Craigslist for $200,” Danny says. “It had some issues, as you would expect from a car its age. But aside from the typical blown head gasket, it was a super-clean, one-owner car.”

Once Danny had the car in his possession, the process of transplanting the Supra heart began. The 2JZ-GTE is a fairly straightforward swap into the Cressida chassis; aside from the wiring and plumbing the intercooler, it’s essentially a bolt-in affair. The 2J is known for being a very robust motor, requiring no internal modifications to safely produce in excess of 700 hp, so Danny left the motor’s guts alone. The beastly inline-6 is fed with a billet 6265 turbo from Precision Turbo, while exhaust gases are expelled via a XS Power manifold and custom exhaust. Danny’s setup is good for 468 hp, which isn’t a massive number by Supra standards, but it’s certainly enough to get this relatively small four-door sedan properly motivated. Danny plans to upgrade the cams and valvetrain in search of more power in the near future, but he wants to keep the car reliable — he daily drives this thing, after all.

Power is delivered through a R154 transmission, the unit found in several Toyota models, including the MkIII Supra and JDM Soarer and Chaser. An upgraded set of differential bushings from Serial 9 help keep the car operating smoothly and properly, aided by a reinforced rear subframe and the usual array of suspension modifications. The ride height of Danny’s Cressida is nice and low, but doesn’t hinder it from being a functional street car. A set of 18-inch SSRs look right at home on the sedan, fitting perfectly with the rest of the era-specific exterior aesthetic.

The Cressida’s exterior is clean and understated. Having chosen to go the JDM bumper route, the car is very sleek. The body lines of the JDM bumpers aren’t extremely different from their USDM counterparts, and most passersby would never even notice the front-mount intercooler lurking beneath the front bumper. A custom-louvered hood aids in cooling the turbocharged powerplant, which lies underneath, and painted and filled rockers complete the subtle exterior package. No flashy colors or outlandish aero on Danny’s car — he likes to keep it clean and simple. The same theme carries over to the interior, where the car remains stock (with the exception of a shift knob, steering wheel and hub).

When it’s all said and done, Danny has himself a great car. Clean looks, a platform that isn’t seen every day and enough power to take a few people by surprise — if that’s not a recipe for a sweet street sleeper, we don’t know what is.

“I found my Cressida on Craigslist for $200. It had some issues, as you would expect from a car its age. But aside from the typical blown head gasket, it was a super-clean, one-owner car.” 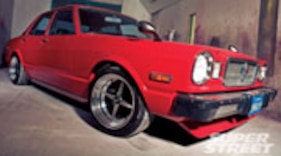 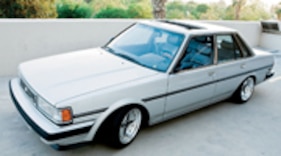