The sight of a classic Mark IV Supra never gets old 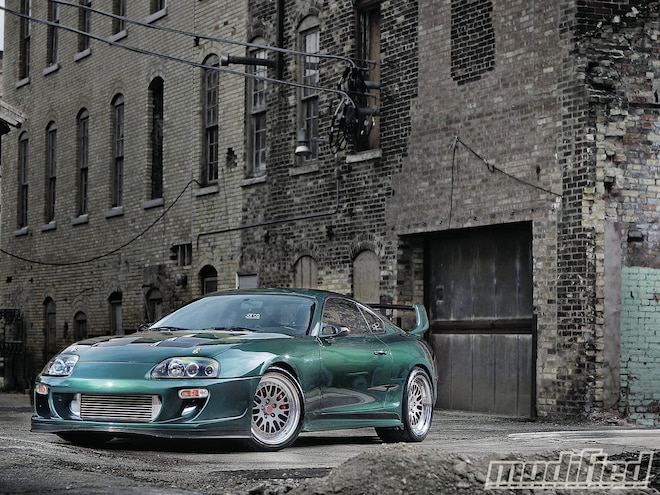 One of the most iconic tuner cars of all time is the Mark IV Toyota Supra. If you don’t agree, just think about where we would be if the Supra had never existed. With its robust inline-6 and practically limitless tuning potential, it didn’t take long for a strong community of enthusiasts to embrace the Supra for everything it had to offer. These days, however, it seems like the most common thing to do with a Supra is to slap on some wheels and a lip, convert to single turbo, and call it a day — not that there’s anything wrong with that. After all, it doesn’t take much to make this timeless body look good, and everyone knows how fast these cars can go in a straight line down the dragstrip with the right mods. But what happened to the more well-rounded cars? What happened to the people who take it a step further, but still shy away from the outlandish “Fast and Furious” styling cues that plagued the community for a few years in the early ’00s? Michael Sueto is one of those guys, a “one-percenter” who wanted more from his Supra than what seems to be the status quo in the current tuning climate.

Michael is no stranger to the world of modified cars; he first got his feet wet years ago in college. “I’ve always been into cars as a kid, but was exposed on a national level when I interned with Auto Meter Products in college,” Michael tells us. “I toured with the NHRA Drag Racing circuit, Import Drag Racing sanctioning bodies, Formula DRIFT and Hot Import Nights as a product support specialist. Being able to work firsthand with some of the top motorsport professionals and world-class race teams in the world gave me a whole different perspective (and passion) for the automotive industry.” With a unique inside perspective like this, Michael owned several interesting tuner cars over the years. “I’ve had a ’93 Ford Taurus SHO 5-speed, a ’05 Subaru STI, a ’01 Lexus IS300 and a ’09 C63 AMG,” Michael says. 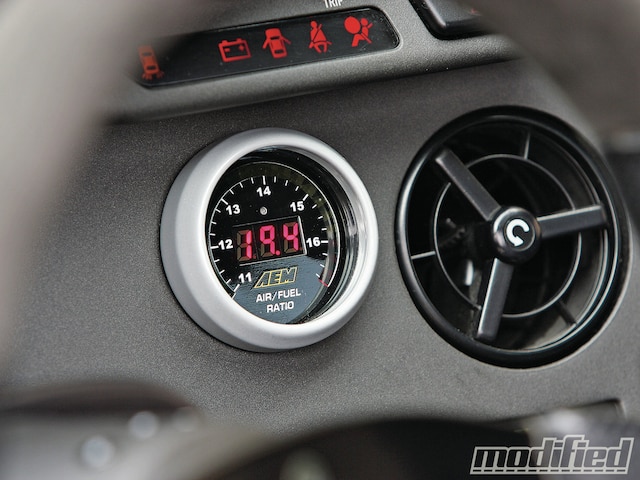 “I’ve always had my eye on the MKIV 6-speed Supra Turbo,” he remembers. “When I finally found a mint-condition, low-mileage and bone-stock Supra, I flew 1,000 miles to snatch it up. I knew before I even bought the car that it was going to be heavily modified; enthusiasts don’t buy these cars to leave alone. Before I took delivery of the car, I already had wheels, full exhaust, and intake and coilovers ready to put on. Next, I focused on the vehicle’s cosmetics by modifying the exterior and interior. Finally, I tackled the additional performance phase by installing a single turbo, AEM ECU, Sound Performance fuel system, RPS Carbon clutch and other supporting modifications. Within a month of owning the car, I was making over 450 whp with simple bolt-ons! A few months later, I picked up a Subaru STI and the Supra sat for a year without any additional modifications. Once I sold the STI, I had more time to dedicate to the Supra — I spent the next year and a half to take the car to the next level.”

The way Michael’s Supra sits now is a very clean and tasteful finished product. The vehicle’s exterior has been re-sprayed in a fresh coating of OEM Jewel Green paint, a less common metallic jade green color that suits the Mark IV beautifully. You won’t find any over-the-top body kits or vinyl graphics on Michael’s car, he has stuck to the subtle modifications that accent the already excellent body shape of the Supra. A Modellista Designs front bumper and vented hood give just enough of an aggressive edge to the front of the car, and both items flow seamlessly to the Do-Luck side skirts (a piece that looks so clean they could easily be mistaken for factory equipment by the untrained eye). A pair of Ganador mirrors look perfect — again, these are a subtle but much appreciated change from the awkward door-mounted factory mirrors. On the back end, a Rod Millen Motorsports carbon-fiber wing provides the finishing touch on the clean exterior package.

As we turn our eyes to the interior of Michael’s Supra, we’re met with a tasteful and performance-oriented cockpit. A set of Sparco Monza seats look just right — Toyota should have just cut out the middle man and equipped these as standard. A Sparco steering wheel replaces the bulky factory unit, and a Sparco harness bar allows Michael to mount his belts in the proper way to help keep him and his passengers safe and secure. A few small gauges finish off the inside of the Supra; after all, Michael is all about the “no frills” approach.

The suspension and braking departments have been addressed in the proper fashion, with an oversized StopTech big brake kit handling clamping duties up front and StopTech slotted rotors residing in the rear. Updated pads and stainless steel lines finish off the stopping department, and TEIN Flex coilovers (with the supporting in-cabin EDFC damping adjustment module installed) keep the car in line through the corners and back roads. Some 18-inch CCW Classic wheels look right at home with the gunmetal spoke finish and polished lip, and because of what lay in wait underneath the hood, we’re not surprised to see the 11.5-inch wide rears wrapped in a set of DOT-legal drag radials.

Michael has decided to go with the tried-and-true single turbo conversion route, with air being fed to the stock block 2JZ-GTE via a HKS T51 SPL turbocharger. The bay of this Supra has plenty of polished parts, but retains a functional look without being fully shaved. A Virtual Works intake manifold looks great in place of the factory unit and helps provide a much-improved path for the air entering the powerplant. Precision 1,000cc injectors feed the fire through a Sound Performance fuel rail, with electronic duties being handled by an AEM EMS and Tru-Boost boost controller. All the exhaust gases are expelled through a HKS V-band manifold, custom 4-inch downpipe and titanium exhaust. All said and done, the setup is good for more than 800 hp to the rear wheels.

With a platform like the Mark IV Supra, the sky is literally the limit. Knowing where to start and what your end goal is plays an important role when planning out a build like this. “It’s amazing how the factory bottom end, 6-speed transmission and drivetrain can support over three times the factory-rated horsepower,” Michael muses. “That being said, my horsepower goal was 800-plus rwhp and, ultimately, I did achieve that. My Supra makes 835 horses to the rear wheels at 29 psi.

“The main goal for my build was to create the ultimate street car, while utilizing as many factory Toyota components as possible,” Michael says. We think it’s safe to say that he has achieved this goal, and it’s really a refreshing reminder that well-rounded cars are still out there. 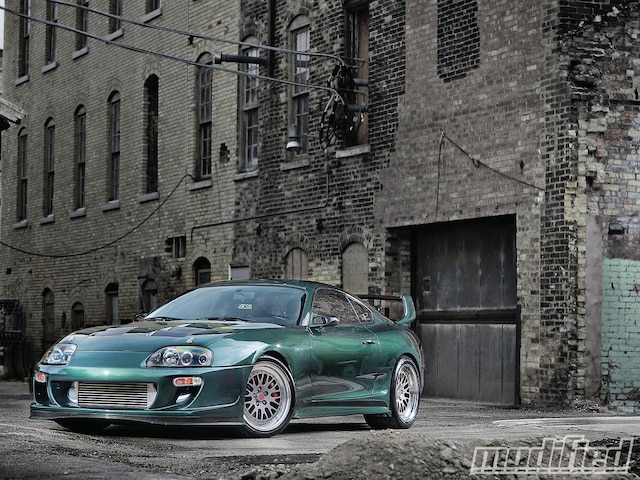