In Dale’s case, he actually started this project with the notion of doing a stock restoration. 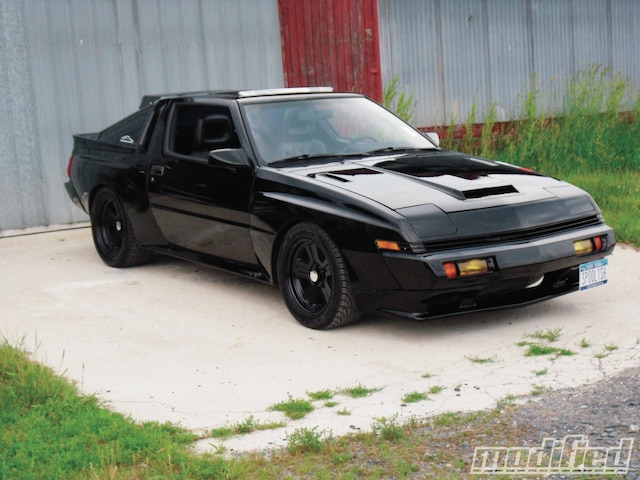 You might say Dale Myers is on a conquest. Of course, if you said that you’d be a huge douchebag, but we’d forgive you if only because the funky ’80s sports coupe you see here is Dale’s third Chrysler Conquest. We’d actually like to meet Dale, because it takes a pretty special person to own just one Conquest, so owning three of them would suggest he’s downright coo coo for Cocoa Puffs or at least hooked on the wedge-shaped madness that is this Diamond Star bastard child.

Not that the Conquest is a car only a nutter would find appealing — truth be told, these flared and boosted RWD coupes have a ton of tuning potential (not to mention a big enough engine bay to accept a V-8, something John Lazorack proved in our Dec ’11 issue). Sure, the interior may be a little (OK, a lot) too ’80s retro for our taste, but any time you combine RWD with a turbo and “fatty” fenders, you know there’s a lot of giggle potential once you get the wrenches spinning.

In Dale’s case, he actually started this project with the notion of doing a stock restoration, having bought the car as a “parts only” wreck on eBay. But after spending a year collecting the parts required to graft a fresh front end on it, the stock restoration idea began to morph into what you see here.

Sure, the interior may be a little (OK, a lot) too ’80s retro for our taste, but any time you combine RWD with a turbo and “fatty” fenders 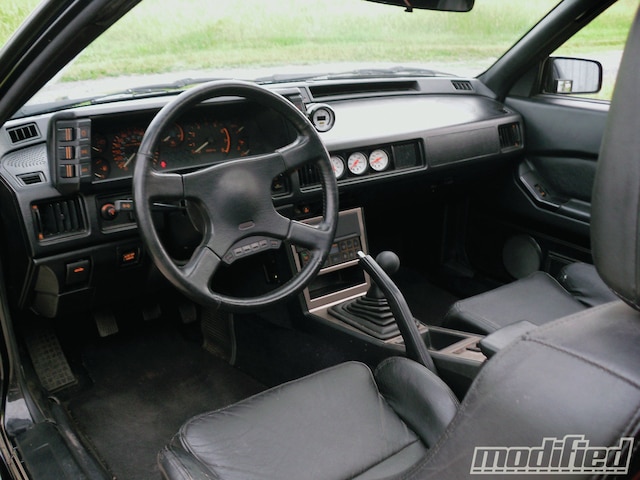 Not that Dale has gone buck wild on the mods — yet. The stock wheels are still in play, though the fronts are the SHP 16x8-inch +18 type, while the rears are the standard 16x8-inch -10 fitment. The ride height has been sensibly lowered using Cosmo coilover sleeves along with Mookeeh struts, while the exterior has been subtly tweaked with a ’83 Starion hood and taillights, tinted foglights by Burton’s Customs and a handmade LED third brake light by D_Venable.

Dale has also kept things relatively restrained under the hood, choosing to maximize output from the stock long-block and turbo (though he plans to upgrade to a larger turbo so he can take a run at 300 whp). Using the onboard AEM wideband and 3-inch GM MAS and MAF Translator, he has street-tuned the air/fuel mix to ~11.5:1 at 18 psi of boost. That’s got to make this 3,000-lb hunk of ’80s steel and sex appeal hustle pretty damn well from light to light. 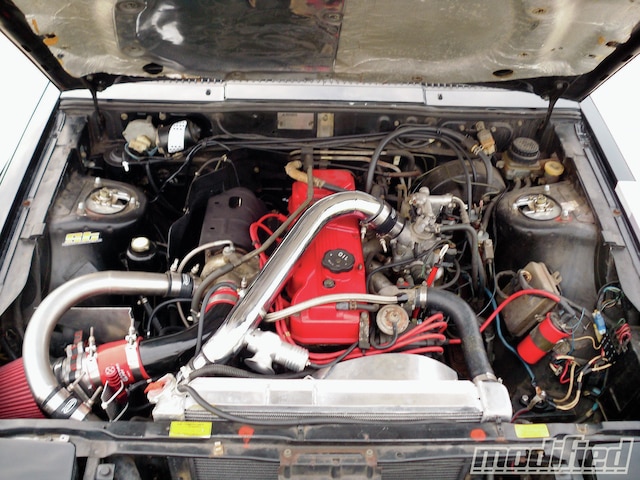 Why We Picked It
It’s not easy to make a lowered car look good on stock wheels, but Dale Myers has done just that. The blacked-out exterior of his Conquest looks mean enough to keep the haters at a safe distance, and with 18 lbs of boost steaming out of the TD05 turbo, it should have just enough juice to back up the tough-guy looks. We’ve got nothing but love for the Conquest’s exterior styling, but on the inside we’d ditch those fugly factory seats and steering wheel for some modern racing buckets and a smaller-diameter steering wheel.