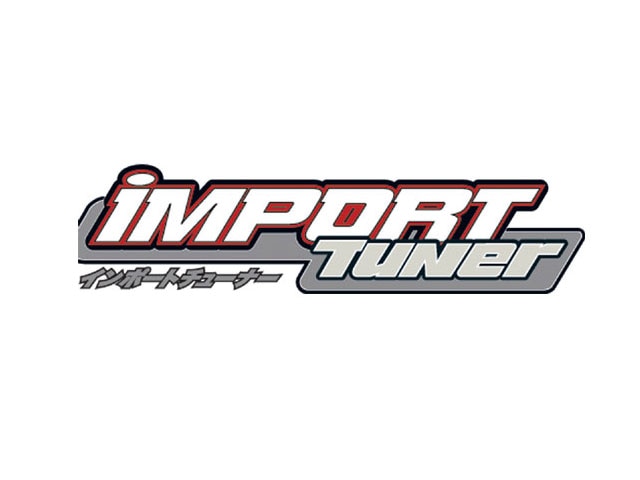 Back when Import Showoff first started the cars were considered eye candy if they possessed a basic body kit, side marker lights and 16-inch wheels. Interior mods were limited to white face gauges, a roll cage, basic stereo and a cool set of race seats. That's what it took to take home a trophy then, but now it's a whole new ball game.

Since the invasion of the Supra light swap over showgoers have been taking the light swap idea to a whole different level. It's not about swapping taillights now; it's about headlights and taillights. Car show buffs are now in the market for having their car look as unique as possible, and these days it's all about Skyline headlights and taillights. We have seen these lights installed on a lot of cars, from every type of Honda/Acura (example: our cover car) to cars that share the same badge as the lights' origin, Nissan 240SX and 200SX.

With enough fiberglass and body filler I'm sure that any body man is capable of installing almost any type of light on any type of car but the trick is to get the lights to look like they fit the factory bodylines that actually belong on the car. The Acura CL lights, as well as R33 lights, on Integras have become one setup that has been mastered to look like factory-issued equipment. Again, the key is bodylines that fit the car. If it looks like you installed the lights then it isn't right. They should look as if they belong.

People also often forget about what's on the other side of the light. Taillights and headlights, for example, could look great from the outside, but the second you pop the hood or the trunk signs of fiberglass protruding out of areas visible to the eye are a big disappointment. The same goes for under the hood. The last thing you want is to pop the hood and see self tapping screws and crimp connects holding the lights and body kit together. The key issue is to have on lookers guess at what type of car it is and not realize what it is at first glance. Lately even I have been fooled by a few cars and I even start second guessing the real thing. I remember attending the Del Mar ShowOff a year and a half ago and saying, "Wow! That car has Skyline headlights and tail lights." You can imagine how dumb I felt when I realized it was a R33 Skyline I was gazing at. The point is: If you walk into a car show and have to sit there for some time just to figure out what type of car it really is, then that represents true craftsmanship.

Vinyl interiors have actually been around for quite some time now, but the fact is they do turn heads if they color coordination is done correctly. The quality of the seams and borders is essential to a nice looking interior, as is having it blend in nicely with the other interior mods such as the stereo system and roll cage. Back in the day it was all about using an Autopower roll cage and pre-made speaker box. It wasn't about how trick you could get with fiberglass enclosures, it was about who had the most bolt-on parts on his car. Now it's about having the car look completely different from all the rest, even if it takes custom fabrication to achieve this. The show cars of the past have slowly turned into the average import car you see on the streets.

Stereo systems have also made their way into the mix. Not only are more car audio companies attending car shows, they have started to build company display vehicles that are import oriented. Once again, if we take a step back in time we would find that the typical rectangular speaker enclosure, one amp and a CD player would be enough to take the cake. In the new millennium it has become just another chapter in the import saga. Just as body kits have changed over time, stereos are doing the same. This isn't to say custom stereos systems are a new thing, because they are not. Magazines like Auto Sound & Security and Car Audio & Electronics have been around much longer than our magazine as have car shows/sound offs in that industry. Now the two industries have been merging together to offer more for the participants in these events. Components like DVD players and TVs have become your ticket to enter the show. It's almost like if you don't have these components, don't bother entering. Your stereo system has turned into your access pass.

With so many changes over the years, it makes one wonder what's in store for the future. In any case, it is our job to know what's hot and what's not and staying on top of the show and race scene is priority number one at Import Tuner. In upcoming issues we will go deeper into setting up your ride with the help of our tech stories and our second-to-none feature cars. Let's start 2002 with a bang. Oh yeah, happy New Year!