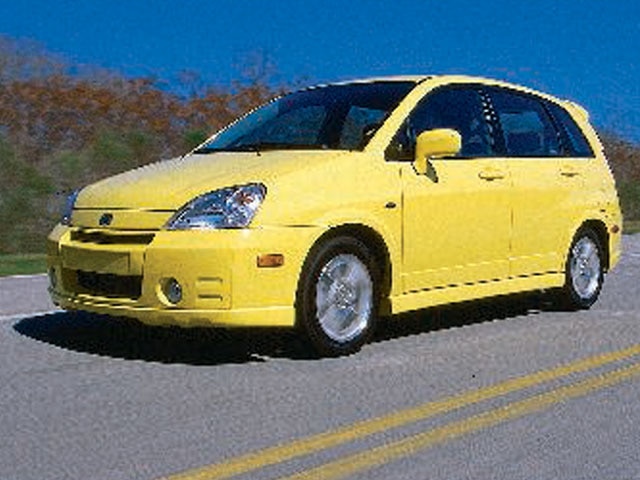 It's no secret that project vehicles are generally the number one cause of hair loss and severe posterior cramping among young performance enthusiasts. Taking on the task of transforming any given vehicle is always an exciting prospect as visions of its completed stance, in mild form as it always is before the project actually gets underway, make it the top of the must-do list. Of course, the cars never end up mildly done, as more often than not one mod leads to another and before you know it you're in deeper than either your wallet or patience can tolerate.

Now take the obvious strains involved and add deadlines and it's easy to see why magazine editors age twice as fast as the average car nut. But, paradoxically, messing about with cars is usually what keeps us sane between the insane times. It is, for us at least, the essence of the stuff that pumps through our veins, the mechanism that makes us tick. Recently we've been very selective as to what we've created and conscious of how deep a hole we've dug ourselves into building project vehicles for the magazine. Now we're about to embark on another full-blown build-up, and while it's a little worrisome knowing what's involved, this one is as exciting as anything we've gotten into.

Suzuki recently introduced its Aerio SX into the U.S market. "So what," you say, "it's a Suzuki!" We're well aware that the Japanese car manufacturer has never offered anything here that even remotely appealed to our market. That is, until now. You see the Aerio, having been both a popular passenger car and a platform for go-fast parts for some time in Japan, is finally available on our turf.

While we'll admit right up front it doesn't rock the boat anything like the release of the WRX or the possibility of the EVO, the Aerio, which is stickered at a little over half what these beasts go for, has all the makings of a winner in the import aftermarket arena. Underneath its cool-looking sheetmetal sits a 141-hp, 2.0-liter powerplant that Suzuki has blessed with plenty of power potential. It was even so nice as to leave ample room in the engine bay for a forced-induction unit. In addition, the Aerio weighs in at a nimble 2,668 lb. The company also plans to release its four-wheel-drive version of the car later, perhaps this year.

After putting the Aerio through its paces and evaluating its potential for sustaining a strict diet of aftermarket parts, we've decided to dive in head first again and transform one of these "sport wagons" into a killer multi-purpose street machine. This month check out our adventures in Georgia with the Aerio on page 56, and be sure to tune again and share the joys and pains that are our project vehicles bring.