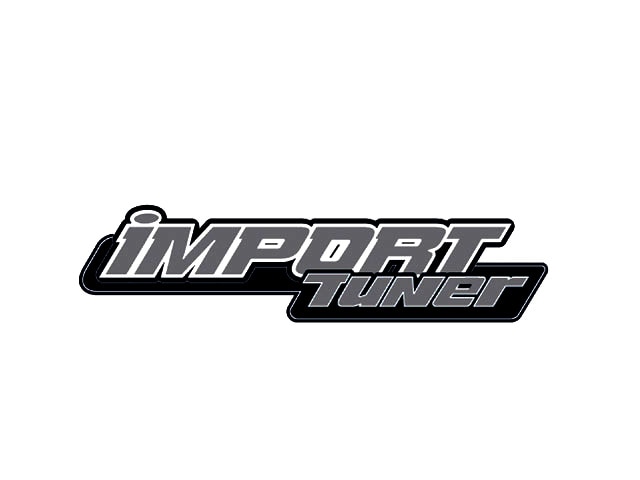 Fuckin' hell! It's our 50th issue. Seems like just yesterday I was shitting bricks at the thought of shooting and writing my first magazine feature. Now it's been more than fours years of slugging away and revolutionizing the way the story is told, and we've hit the big five-o! There's no official party planned (although the rate of employee hangover cases WILL rise substantially over the next several days); instead we've celebrated by putting one hell of an issue together to commemorate our milestone.

The insane APR-built Celica on the cover was the star of the show at the last SEMA Show, and now we've got our grubby hands on it. Of course, we also booked the very fine Michelle Perez for a little extra decoration. The love has really gone around this month and along with the Toyota-badged superstar, we've got other wildly modified rides from the likes of Nissan, Mitsubishi and Honda.

We also hooked up with import goddess Francine Dee at her home in Los Angeles to catch up on what she's been up to since her 2NR cover shoot. Francine graced issue #2 back in the winter of '99, and quickly became an import model icon. She was also my first! Cover shoot that is. Since then, that issue has completely sold out from our back-issues department and is apparently going for as much as $60 as a collectable. Check out our latest shoot with her and you'll see why.

And to all those that doubted the possibilities of our Project Aerio, check out page 148, chew i , swallow it and then choke on it, would ya? Tech editor Gary Castillo's fabrication and tuning skills enabled the Suzuki to rock the dyno way past the 200-hp mark. The Aerio's cosmetics constantly turned heads at both the SEMA Show and the L.A. Auto Show, and now the multi-purpose sports-wagon can flex some impressive power. But in all seriousness, the thing somewhat surprised even us and is a true testament to the level of work our technical staff is capable of.

Also this month, we headed out to Irwindale, Calif., where the latest trend in import performance, drifting, emerged from the depths of the underground to make its first sanctioned appearance here on the West Coast. Our man Henry caught plenty of wild sideways action on film, which you can check out on page 66.

All that's just to get you started, you're holding 212 pages packed with cool shit and we're sure you'll enjoy this issue just as much as you have the past 49. We'll see you at the 100 mark!