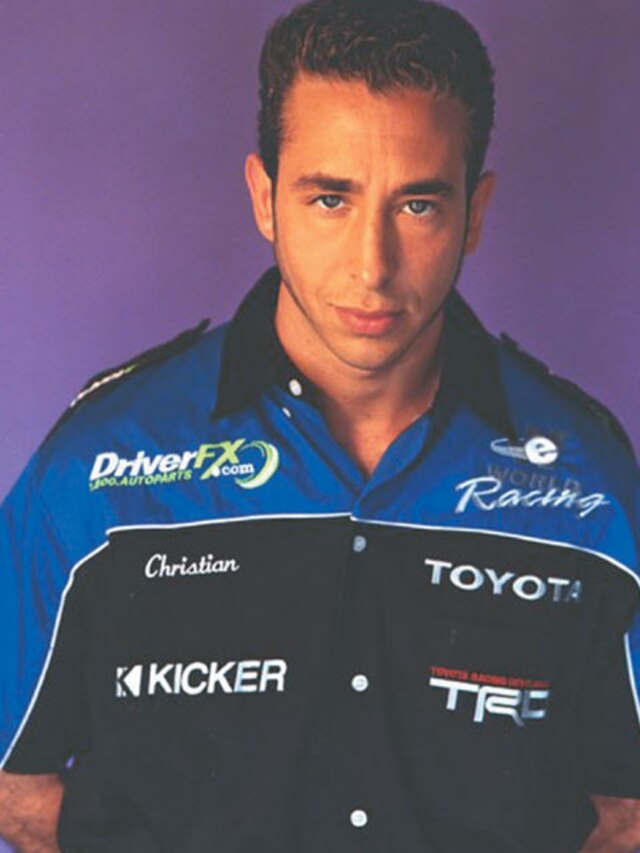 Other racers may have spent their "off-season" on a Tahitian beach eating pineapple rings off the tanned stomachs of supermodels, but I've been holed up in my secret, evil lair with my henchmen, planning to dominate the world of tube-frame, front-drive drag racing. (Insert evil cackle here.)

For those of us bent on world domination, there's never really any sort of "off-season." When the racing ends, the work doesn't. We had already committed to building a rear-drive Celica for the 2003 season and work had to keep going on that car. The ultimate goal of World Racing, besides domination, is to build viable products we can sell to support our racing habit. To reach that goal, we've worked our asses off on new products, and in November, we opened a speed shop so we have a retail outlet. We also built three separate project cars.

The only thing that separates our off-season from our on-season is there's a bit less travel and little chance of winning a trophy.

Through 12- and 14-hour days here at The Lair, we kept up a rigorous surveillance schedule, so we were able to react quickly when it became clear the IDRC and NHRA were going to split the Pro divisions into front- and rear-drive classes. Originally, we built the rear-drive Celica with the intent that I'd drive it this year. But a lot of the prestige and glamour of back-half, rear-drive cars disappeared when the classes split. Suddenly those cars looked incredibly simple. The front-drive class will be the place where the better team, running the better combination, will have the advantage. We'll still run the rear-drive Celica, but our concentration has returned to the front-driver and winning that championship.

We had a tough year with our front-driver last year, but we still believe in its concept. This year we're going in with a year's worth of experience and we're going to win races. And at some point we're going to go 200 mph in the quarter mile.

Opening up the retail store was pretty straightforward, but along with it came customers with wild ideas and checkbooks fat enough to support them. As I'm writing this, there's a Lexus GS400 at Swift Engineering in California having a twin-turbo system fitted to its V8 to go along with the suspension and sound systems we built for it back in Pennsylvania. We also built a Lexus SC430 for the show circuit, which will soon get twin turbos, and an awesome single-turbo Supra that's thumping out 1,000 hp on the street. Every man needs two 800-hp Lexuses. Lexi? Whatever.

That Supra also carries with it World Racing's first fully developed product, our radical new boost controller. The controller's computing chassis is only about the size of a single DIN audio head unit, but it packs intense computational power, enough to make a hyper-horsepower car truly useable. It measures boost with absolute precision, doles boost out over rev changes, gear changes, speed... this thing does everything twice. Plus, it's built out of the highest quality parts and is operated by a touch screen that's so intuitive, owners will be getting the system's benefit the moment they install it. There's no learning curve.

Ok, so that last paragraph is a sales pitch. But we worked on that boost controller for 18 months and finished it during the off-season. When you do good work like that, it almost feels like a vacation.

As you read this, the racing season is in full swing, but as I write this, we're still prepping for our season debut at the NHRA's Las Vegas event in March. Although we got plenty done during the off-season, we've got even more to do outside The Lair.

See you at the track.