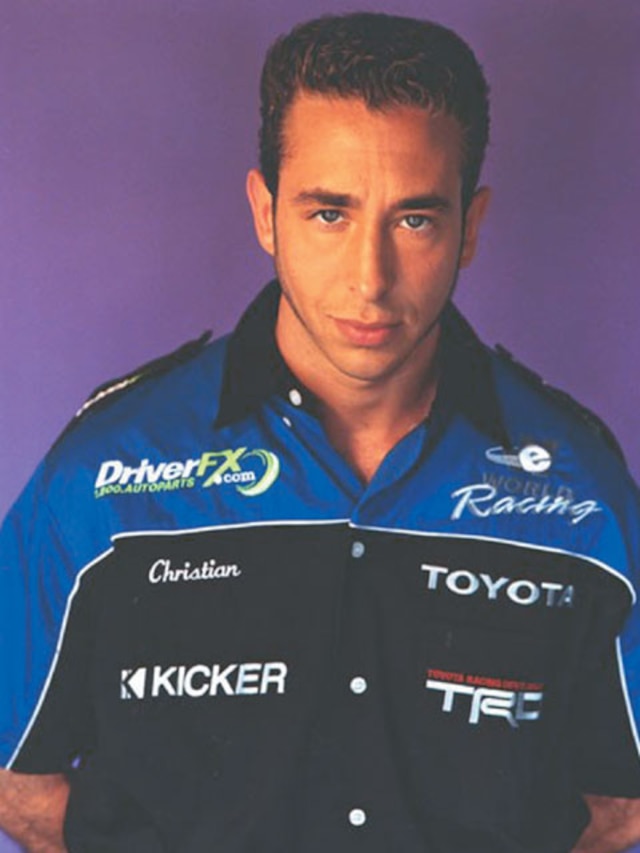 Here at WORLD Racing, we've improved on the standard crystal ball you might find on eBay or in some back alley swami's refrigerator carton. We've taken the entire crystal ball concept and amped it up for the 21st century with some nitrous and really big speakers. That means I know all, I see all, and I tell all.

And the future is blindingly bright. I warn you now that my predictive powers grow hazier the further out they go. What I see for 2003 will happen, my 2004 predictions will probably happen and my 2005 forecasts are pretty much off-the-wall, wild-ass guesses.

Amazing Predictions For 2003* Toyota will dominate in all sport compact drag classes except All Motor and Hot Rod. That's because the sport is built around regular production engines and how much horsepower you can squeeze out of them reliably. And even though there's been a lot more development work done on Honda engines, it's a fact the Toyota engines are stouter, more robust pieces with which to begin, and Toyota itself is active in promoting its products. Honda's lead in All Motor and Hot Rod will fade as more development effort gets directed toward Toyota cars, which will make its powerful engine and tough tranny setups available to the average racer.

* Sometime during 2003, a couple of front-drive drag racers will make their way into the sevens. WORLD Racing, a force for all that is good and right in the world, will do it and so will Shaun Carlson. Sorry, GM needs more power or suspension, or something. (Love you guys, though.)

* Some rear drivers will make it into the 6.60s this year with the Bullish Racing Solaras leading the way. It's also likely the Pro RWD record will wind up at the end of this year being quicker than the Pro Stock record in the "old" NHRA. That will make Pro RWD the first sport compact division to be quicker than a division in the other NHRA. Don't think the Pro Stock guys won't notice either, if they haven't already.

* We'll win at least two NHRA events by the end of this year. And at least three NOPI races, too.

The Astounding Events Of 2004* Sometime during the year, a car in the Hot Rod Class will run in the sevens.

* We'll start seeing big names from traditional drag racing start poking their noses over in our world. You'll see someone like Pro Stock racer Warren Johnson building a car for Pro RWD with backing from GM Performance Parts. Or maybe it will be one of the Coughlin brothers and their Jeg's team.

* Expect a consumer products company to support at least one major effort in import drag racing. Anheuser-Busch can ignore this ripe market for only so long before putting its Budweiser brand on a car. In fact, I think they should call us here at WORLD Racing, (610) 939-9800.

* WORLD Racing will win an NHRA season championship in some class.

* There will be at least 12 events on the 2004 NHRA Sport Compact schedule. And 12 on the NDRA side with no event conflicts (right!).

The Incredible World of 2005* With chassis tuning catching up to power on hand, and purpose-built tires, Pro FWD cars will be in the 7.50s. Well, at least WORLD Racing's Celica will be.

* At least half a dozen people will be able to pronounce both George Ioannou's and Ara Arslanian's names correctly.

* ESPN will announce its first live coverage of an NHRA Sport Compact event. And it will be Englishtown's elimination rounds.

* Not a single class championship goes to the driver of a Honda. Sorry, guys.

* There will be 16 events on the NHRA Sport Compact schedule and 17 on the NDRA, resulting in three WORLD Racing crewmembers dropping dead from exhaustion. Even though they're dead, they still show up for work and win another championship.

* Recognizing the new reality, the NHRA announces that Top Fuel dragsters and Funny Cars will run as "an exhibition" at the Sport Compact World Finals in 2006.

What a great future I see for you and me.